No 400 Free for Dwyer at U.S. World Champs Trials 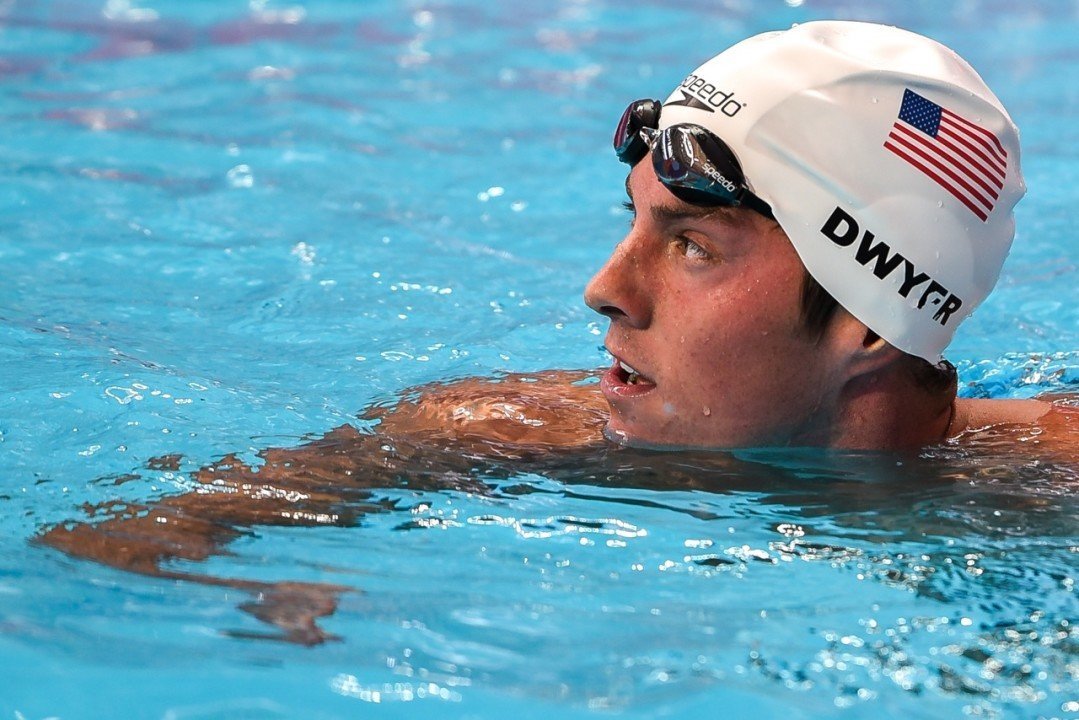 According to the entries, U.S. Olympian Conor Dwyer will not attempt to earn a spot in the 400 free. Archive photo via Peter Sukenik/www.petersukenik.com

Psych sheets have dropped for the 2017 U.S. Nationals/World Championships Trials, which will take place next week in Indianapolis, Indiana. According to the entries, U.S. Olympian Conor Dwyer will not attempt to earn a spot in the 400 free.

Dwyer, who placed 4th in the 400 free at the Rio Olympics and 5th in the event at the London Olympics, took a long break from training after Rio. He only recently returned to competition, making his season debut at the 2017 Arena Pro Swim Series meet in Santa Clara earlier this month.

8 laps is along way to go when you haven’t trained since Rio.

I think he’s going to find out that 4 laps are pretty long, too.

Does he need to swim to keep his sponsorships?

Dwyer has had some shaky finishes after going out strong in his some of his races.