Ryan Held Set to Take on Sprint Butterflies at Trials 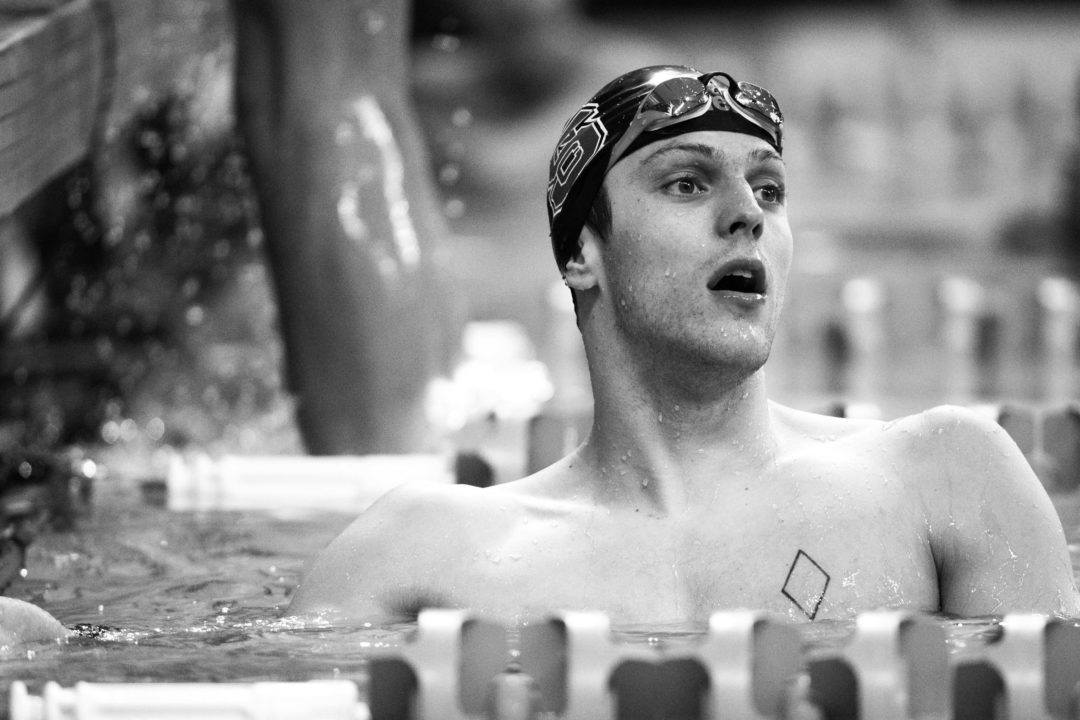 According to the entries, NC State sprint champ Ryan Held will be taking on the 50 and 100 fly, as well as the sprint freestyles. Archive photo via Mike Lewis/Ola Vista Photography

Psych sheets have dropped for the 2017 U.S. Nationals/World Championships Trials, which will take place next week in Indianapolis, Indiana. According to the entries, NC State sprint champ Ryan Held will be taking on the 50 and 100 fly, as well as the sprint freestyles.

Held was the ACC Champion in the 100 fly during the 2016-17 NCAA season, setting new school and ACC Records in the event. He smashed through the 45-second barrier at ACCs, clocking a 44.79 before breaking 45 again with a 44.92 to place 4th at the NCAA Championships.

Held’s success in the sprint freestyles has already been established in the long course pool, as he was a member of the USA’s 4×100 free relay in finals, winning gold at the 2016 Rio Olympic Games. He was also the ACC Champion in the 50 and 100 freestyles this season, setting school and ACC Records in both the 50 free and 100 free. At the 2017 NCAA Championships, he was the runner-up in the 50 free and placed 3rd in the 100 free.

Makes sense to go for it; Held’s butterfly was HUGE this year.

Held was very reliant on underwaters (as was all the other true flyers on that list), trying to mimic Dressel for the free (as per interviews with his coach). Will be interesting to see how his 35 meters of fly swim compares to the others.