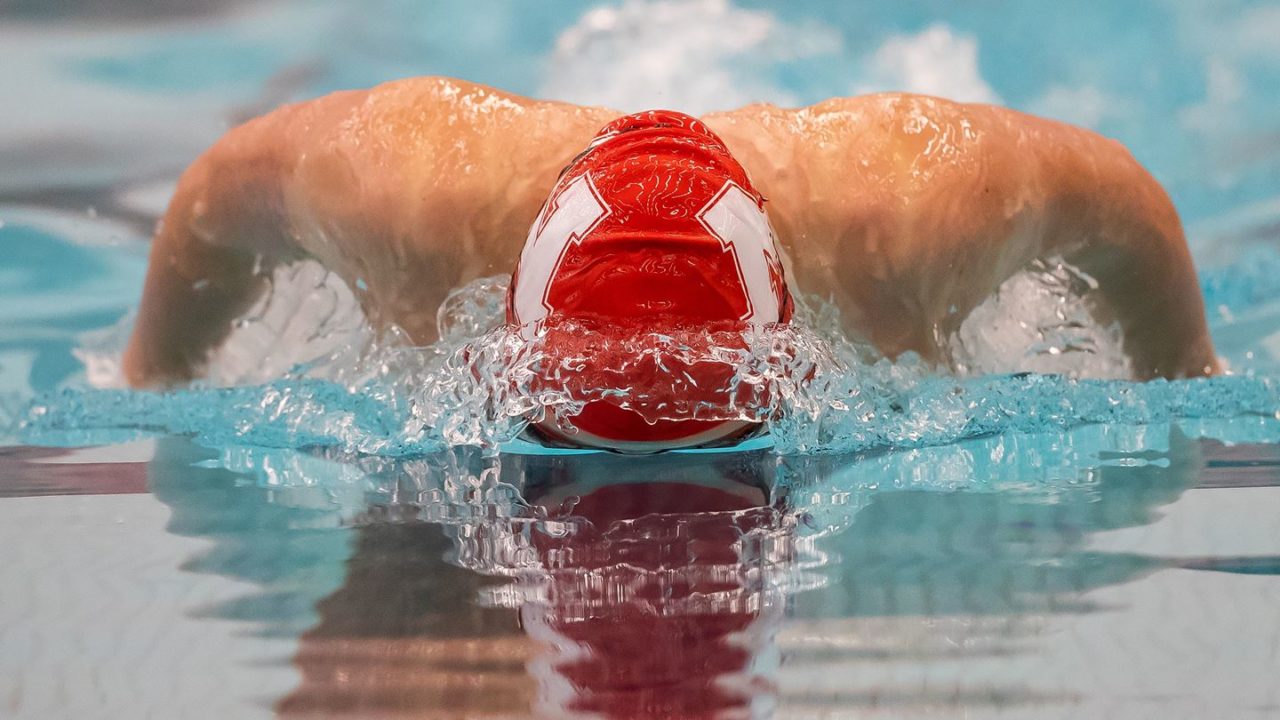 The Nebraska swimming and diving team started the new decade off on a high note, defeating the Omaha Mavericks 202-94. Not much was going to be able to stop the Huskers strong performance today, as the swimmers and divers combined for 15 first place finishes out of 16 total races and events.

In the 200 butterfly, it was Maggie Berning who captured first place (2:06.20). Freshman Kimberly Lanaghen finished right after Berning, swimming to a solid second place finish (2:08.48) in the race.

In the distance freestyle events, the Huskers continued their success. The first three places in the 1000 free were captured bu Husker swimmers. It was Rachel Powers  who lead the way (10:21.28), taking home the victory. Molly Rosenthal swam to a good second place finish (10:26.12), while Katelyn Kilpatrick was just behind, grabbing third (10:26.43).

In the short freestyle races, it was Tori Beeler grabbing first place in the 100 free (53:02). She grabbed her first victory of the meet in another close race, where teammates Jessica Pentlarge and Carla Gonzalez tied for second (53.44).

Madison Coughlen was victorious in the 400 IM, a race where she has done exceptionally well all season long.

On the diving boards this morning, Sara Troyer continued her successful season by sweeping the one meter (270.98) and three meter dives (323.85) with good scores. Hallie Roman dove to a second place finish in the three meter dive (259.73), while it was Grace Tiernon grabbing third (224.10).

Relays this morning were another area of Husker dominance. The 400 medley relay started the meet off this morning, with the Nebraska A team swimming strongly to first place (3:54.24) with Haebig, Worlton, Murray and Marvin all leading the charge. The Nebraska B relay consisting of Gonzalez, Beeler, Coughlen and Lanaghen finished in second (3:57.50). To end the meet, the Nebraska A relay was victorious in the 200 yard freestyle relay (1:37.66) with Beeler, Gonzalez, Savitt and Haebig.

Nebraska stole the show against it’s instate school Omaha and won convincingly, improving the Huskers all-time series lead over the Mavericks to 23-0. Nebraska continues to have a successful season, improving to 4-1 in duals this year. The Huskers will have their first Big Ten test of the season next weekend, as they take on the 4-5-1 Illinois Fighting Illini on Saturday, January 25 at 11 AM at the Devaney Natatorium for “Senior Day”.

LINCOLN, Neb. – The Omaha swimming & diving team opened the 2020 portion of the 2019-20 season with a 202-88 loss at Nebraska on Saturday at the Devaney Center Natatorium in Lincoln.

Abigail Mitchell, Caroline Gardner, Bethany Gatlin and Brook Landt teamed up to clock a time of 4:01.07 to finish third in the 400 medley relay.

Omaha picked up its lone event winner of the day when Gardner captures the victory in the 100 breast with finish of 1:05.97

Reece Cooper led the Mavericks in the 1-meter dive with a score of 188.40 to place second, followed by a third-place finish by Kady Eller with a total of 187.50

The Mavericks are back in action weekend as Omaha ventures to Cedar Falls, Iowa, to take on UNI on Saturday, Jan. 25 at 1 p.m.