NCHSAA 1A/2A, 3A, and 4A Champ Psych Sheets Released 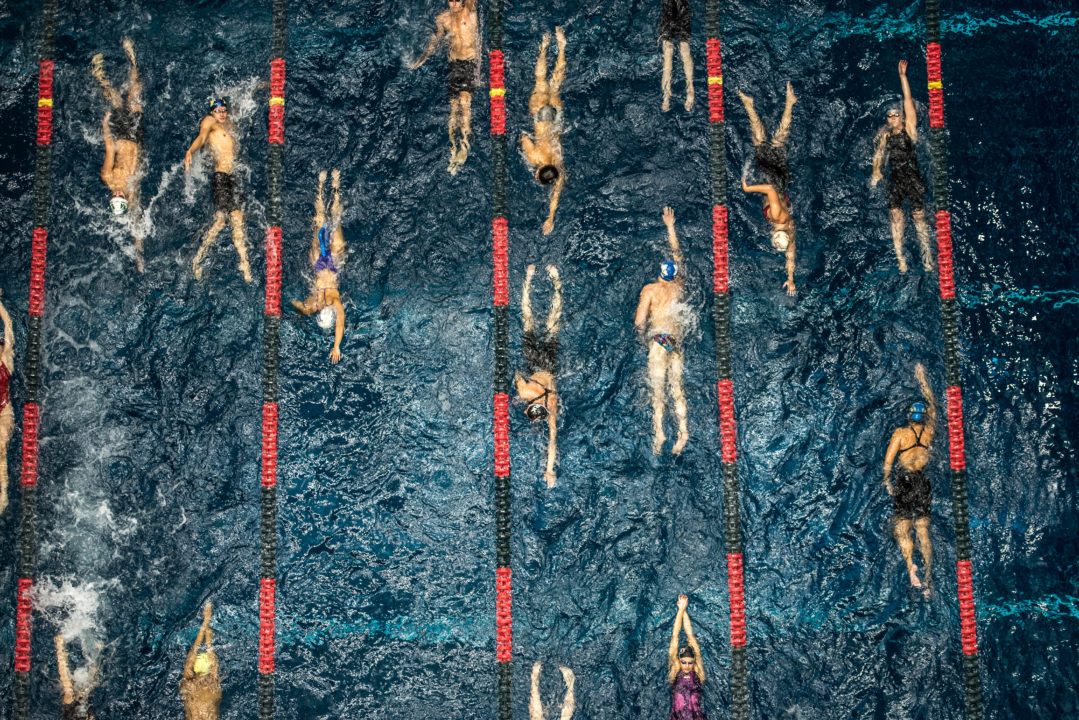 The psych sheets for the three North Carolina high school championship meets have been released. Below, find links and brief previews for what to expect at the 1A/2A, 3A, and 4A meets this weekend.

Last year, Pine Lake Prep soared to the victory on the girls’ side, winning with 332 points. Allyson Accordino led the way for them last year, winning the 50 free and taking 2nd in the 100 free. Community School’s Emme Nelson, the defending champion in the 200 IM and 100 breast, is the top seed in both of those events for this year’s meet. Also looking to defend her title is Lyndsey Reeve of Croatan in the 200 free and Salisbury’s Kathryn Morrison in the 100 back.

The Washington boys won the men’s meet last year, but the star of the meet will likely be Ross Dant. The junior from Newton-Conover is the top seed in the 500 free by almost eleven seconds (4:35.99), and is seeded 2nd in the 100 back. Dant, who recently committed to the NC State Wolfpack, has a best time of 4:18.89, making him an exciting name to follow.

The Marvin Ridge boys and girls won the respective state titles at the 3A champs last season. This year, on the girls’ side, three SwimMAC standouts will be racing. Olwyn Bartis and Julia Menkhaus both compete for Charlotte Catholic, and are favorites to win two state titles, each. Note that Charlotte Catholic competed at the 4A meet last year. Bartis is the top seed in the 100 free and 200 free, while Menkhaus, a UVA verbal commit, is favored in the 100 fly and 100 back. Additionally, Maddy Flickinger of Weddington is the top seed in the 200 IM.

Western Alamance’s Noah Henderson looks likely to take the 100 back and 100 fly, as he’s the top seed in both races. Another favorite to pull off two individual wins is South Iredell’s Colson Zucker, who is the top seed in the 200 IM and 100 breast (both by over two seconds). Henderson is verbally committed to NC State, and Zucker to Duke.

Last year, William Amos Hough won the girls’ meet, and South Mecklenburg the boys’. There are a couple races that pit top swimmers on the women’s side which should be great to watch. In the 200 and 500 free, Apex’s Ana Pozder and Sanderson’s Kenna Haney will go head-to-head, along with Hough’s Heidi Lowe. Haney won last year in 1:47.29, ahead of UNC verbal commit Lowe (1:48.57) and Pozder (1:49.22). In the 500, Mizzou verbal commit Pozder is the top seed and Haney the 2nd seed, and Pozder is looking to defend her title after going 4:48.48 to win by two seconds over Haney last year. Brooke Zettel (Apex Friendship) and Tennessee verbal commit Sinclair Larson (South Mecklenburg) will do battle in the 200 IM, while Larson is favored in the 100 back. Leesville Road’s Grace Countie is looking to defend her 50 and 100 free titles from last year. Countie is verbally committed to UNC.