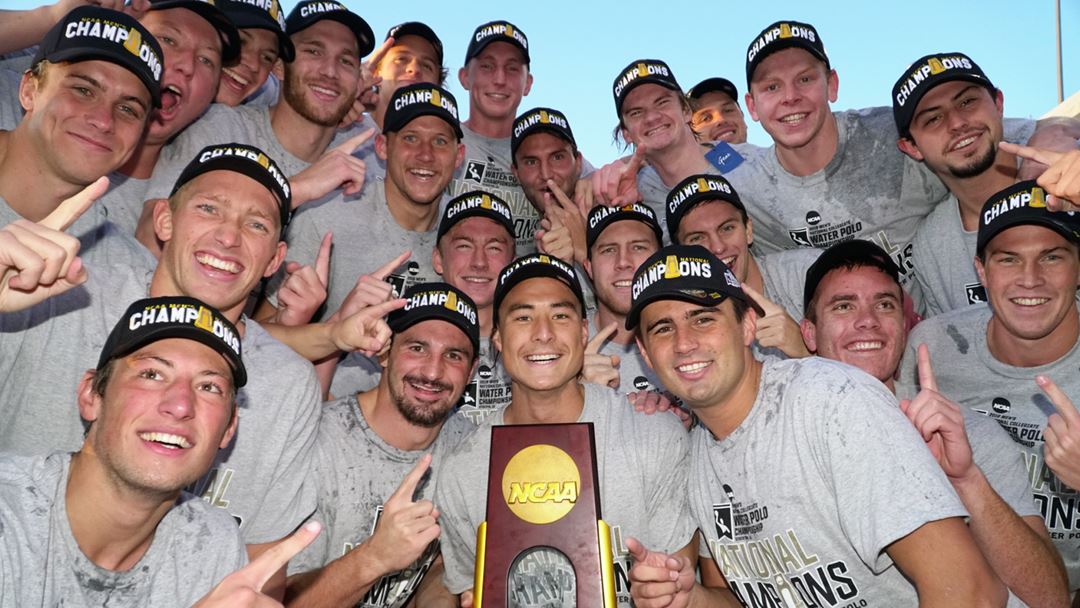 There was no surprise at the top of the final collegiate men's water polo poll of the season as NCAA Champion Stanford earned the #1 spot. Current photo via Stanford Athletics

There was no surprise at the top of the final collegiate men’s water polo poll of the season as NCAA Champion Stanford earned the #1 spot for the fifth straight week and 11th overall in 2019.

The Cardinal defeated then-#5 Pacific 13-8 for their 11th NCAA men’s water polo title on Sunday behind hat tricks by AJ Rossman and Ben Hallock.

After the runner-up finish, the Tigers climbed three spots from #5 to #2. Pacific wrapped up the season at 17-6, including the Golden Coast Conference regular season crown and a fourth-place finish at the GCC Tournament.

Pacific had to share the #2 position in the final poll with USC, which lost to Stanford 15-14 on a golden goal in sudden death in the NCAA semifinals. The Trojans went 15-6 overall and won the MPSF regular season title before finishing third at the conference championship.

Pepperdine checked in at #4 for the second week in a row, while UCLA rounded out the Top 5, down two spots from #3. The Waves fell to Pacific 17-13 in the NCAA semifinals. UCLA was the third in the MPSF regular season and finished fourth at the league tournament, but did not make the NCAA Championships field.

UC San Diego dropped two spots from a tie for 10th into 12th. The Tritons went 20-8, finished second in the WWPA regular season standings and fell to UC Davis 14-5 in the league tournament title match.

Loyola Marymount moved up two spots from 18 to 16. The Lions were 14-12, ending the season with a 21-10 victory over Concordia (Irvine) to finish fifth at the WWPA Championships.

Concordia (Irvine) earned a place among the vote getters outside of the Top 25 in the final poll.

Why is there a poll after the seasons over