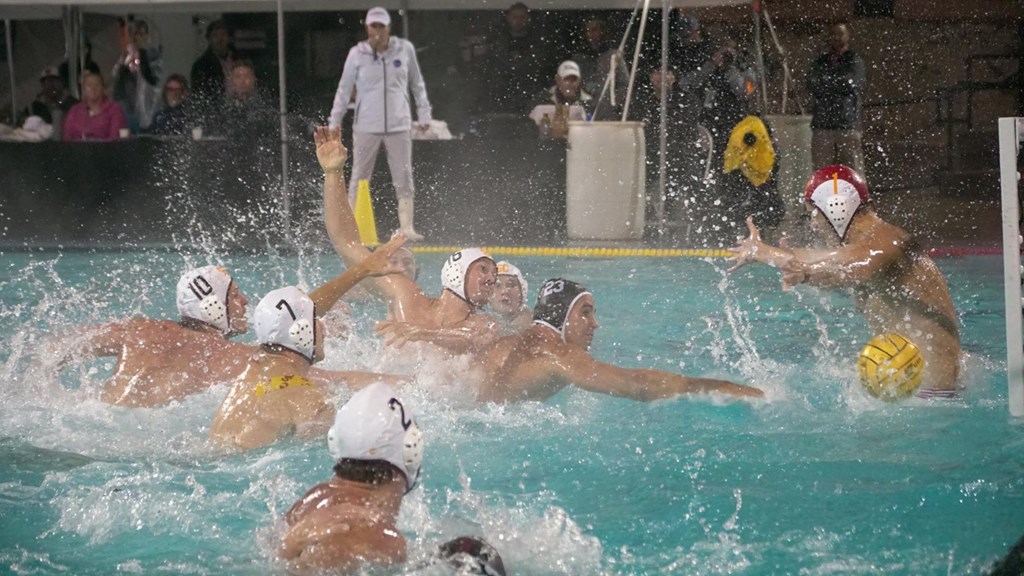 #1 Stanford defeated #2 USC 15-14 on a golden goal to claim its spot in Sunday’s championship match, while #5 Pacific edged #4 Pepperdine 17-13 in the other semifinal on Saturday.

The Cardinal and the Tigers will meet at 6 p.m. ET Sunday with the title on the line at Chris Kjeldsen Pool in Stockton, California. Stanford will be looking for its 11th NCAA crown and first since 2002, while host Pacific is aiming for its first title.

Stanford defeated Pacific twice during the regular season, 15-14 on September 28 and 11-8 on October 6.

Pacific made its lone appearance in the NCAA title match in 2013, falling to USC 12-11 in double overtime. The Tigers made the semifinals in 2017.

Stanford boasted a 7-6 halftime lead and led 12-8 with 5:25 remaining, before USC mounted a comeback to force overtime. The Trojans scored in the first overtime and the Cardinal answered in the second, pushing the match to sudden death.

Ben Hallock put in the game winner with 2:49 to play in the third extra session to move Stanford into the national championship match.

USC carried the momentum into overtime, first seeing goalkeeper Nic Porter come up big with a pentalty save (0:54) then care of a Dasic goal (0:42), which gave the Trojans their first lead since 6-5. Trojan head coach Marko Pintaric picked up his second yellow card of the match, equaling a red card, in the period.

Stanford had two shots saved in the second overtime, before Quinn Woodhead found the back of the net with 19 seconds left.

In sudden death, Dasic won the opening sprint and Stanford called timeout. Eleven seconds later, the Cardinal were celebrating a return to the NCAA title match for the second straight year and 22nd time overall care of the Hanson putaway (2:49).

Pepperdine boasted the early advantage, but a 14-9 onslaught over the final three periods secured Pacific its first shot at an NCAA water polo crown since 2013.

Luke Pavillard paced Pacific with five goals and Djordje Stanic added a hat trick as eight players scored for the Tigers. Joey Macleane registered 11 saves in the cage in the winning effort.

Balazs Kosa logged a hat trick and six other players chipped in goals for Pepperdine. Goalkeeper John Claude Marco made seven stops for the Waves.

Pacific made good on all four of its penalty shots and cashed in on 17 of 33 shots, while Pepperdine was 13 of 36 overall and 2-for-2 on penalties.

Trailing 4-3 after the first quarter, the Tigers put in five goals each in the second and third stanzas to build a 13-8 advantage. Pepperdine managed five goals in the fourth quarter, but could not break through as Pacific turned in four scores in the final stanza.

A Kosa penalty (5:36) marked the game’s first score, but Stanic tied it up for Pacific a minute later (4:30). A Jake Gordon powerplay (3:58) and an even strength goal by Kosa (3:23) had Pepperdine up 3-1. Pavillard sunk a penalty (3:09), but Chris Dilworth replied shortly thereafter (2:52). Stanic buried a penalty with 2:39 to pull Pacific back within one. The defenses held after that with Pepperdine missing three shots and Pacific having two shots blocked.

Pavillard poured on another goal to put Pacific ahead by four (9-5) just 38 seconds into the third quarter. Jarvis (5:39) and Sean Ferrari (5:03) narrowed the gap for Pepperdine, but the team gave up another penalty at the 4:43 mark ,this one to Araya. Ferrari got the goal back 23 seconds later (4:20), but Pavillard struck twice (3:32, 3:01) and Andrea De Nardi snuck in a third goal with 16 seconds left to give Pacific a 13-8 advantage.

George Mooney began the Waves’ comeback at 1:34. Thomas added a goal with 57 seconds left and Mooney scored one more time with two seconds to go, but it was not enough.

I’m curious about the tournament seeding. Why were the #1 and the #2 teams in the same bracket— thus facing each other in the semifinals rather than in the finals?

In the Stanford-USC game, Ben Hallock scored the game-winner. By that time he had had to change his cap to a different number because his usual cap had ripped, which may have resulted in confusion about who scored.