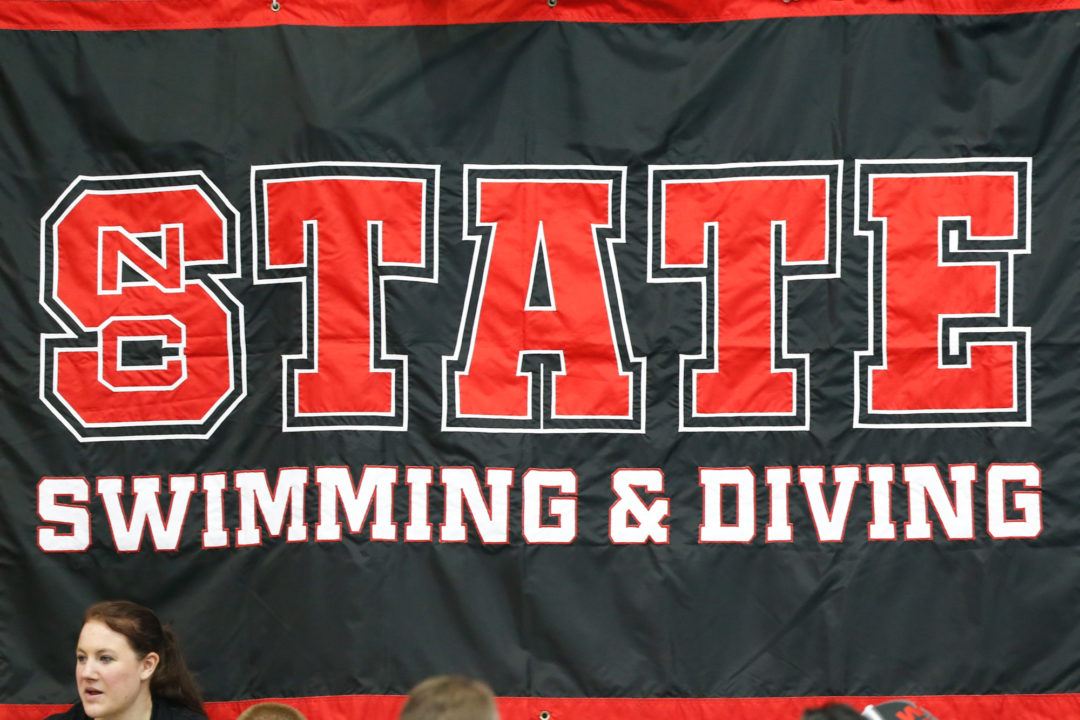 The school is planning to build a new outdoor 50-meter pool adjacent to the current indoor pool, which was built in 1961. Stock photo via Tim Binning/TheSwimPictures.com

NCAA swimming powerhouse North Carolina State has put out a request for proposal (RFP) to firms interested in working on a new aquatic facility for the school. The RFP specs the facility out as an outdoor 25-meter by 50-meter pool with an integrated diving well and 2 bulkheads at the brand new Carmichael Wellness & Recreation center. The scope of the project also includes a “new support building housing restroom/shower facilities, enclosed pump room and storage room is included.”

The facility will go where there are currently 6 tennis courts, and the aquatic center is intended to include new poolside deck space for recreational and athletic events.

The campuses current pool is the Willis R. Casey Aquatic Center: an indoor 25-yard by 50-meter facility, with a diving well, and spectator seating for 1,000. That facility was built in 1961, though it’s undergone more recent face-lifts. The new project will accompany a new rec center for the campus, which will replace the existing 60-year old Carmichael Gymnasium. The new outdoor facility will be adjacent to the indoor facility.

The new pool will take up half of the 6 tennis courts circled in red (click to enlarge). Courtesy: Google Maps

Letters of interest for the project are due in June 12th, and design work is scheduled to begin in November 2019. The planned occupancy for the facility is the summer of 2021.

NC State has exploded into a national swimming power under head coach Braden Holloway. The men’s team have finished 4th at NCAAs in 4 straight seasons; in the pre-Holloway era (which dates to 1933), they had only 3 top 10 finishes at NCAAs in program history (all under Willis Casey, who the indoor pool is  named after). The women’s program has finished in the top 10 in 3 of the last 4 seasons, including 7th in 2019. That’s their best finish as a team since the NCAA started sponsoring a women’s swimming championship in the 1981-1982 season.

Nice! I wonder if club teams in the area will be able to rent the outdoor pool because I would love to coach outside! Haha..

I actually like the NC State pool. It’s a better fan experience than the big 50 meter pools that are adapted for 25 yards. The typical dual meet attendance in these pools is dull and lifeless. The small crowd gets lost in the bigness.

Anytime money is being invested in our great sport, it’s a great thing!! Way to be forward thinking and show growth in an era of cutting NC State!!!

I’d be interested to know if their architecture department, who was ranked in the top of the nation last I checked, will be included in any of the planning. Would be a fantastic project to be a part of

Everyone knows I hate these “college rankings” debates, but I wasn’t able to find any ranking that had NC State’s architecture department ranked anywhere near #1 in the nation. The department’s website touts no rankings either. They weren’t mentioned even in passing in any of the rankings I found. So maybe you’re thinking of somewhere else? Virginia Tech’s program is very highly regarded – maybe that’s what you thought you saw?

Hey Braden,
Back off my school’s non-ranking. If Silent Observer said he saw it, I believe him. 😉

Silent observer was either pulling that out of his arse, or thinking of engineering where NC State is pretty consistently in the top 10-20 public schools.

Dollars to donuts, Dan Harrigan and Spillman Farmer Architects will throw their hat into the ring. It would nice to see a grad of the architecture department, and a bronze medalist in 76, put his mark on campus again.

Does “integrated diving well” imply that a diving platform will be included? If I’m not mistaken their current indoor pool doesn’t have a platform. Lack of a significant diving commitment has kept them from truly challenging for a national team title.