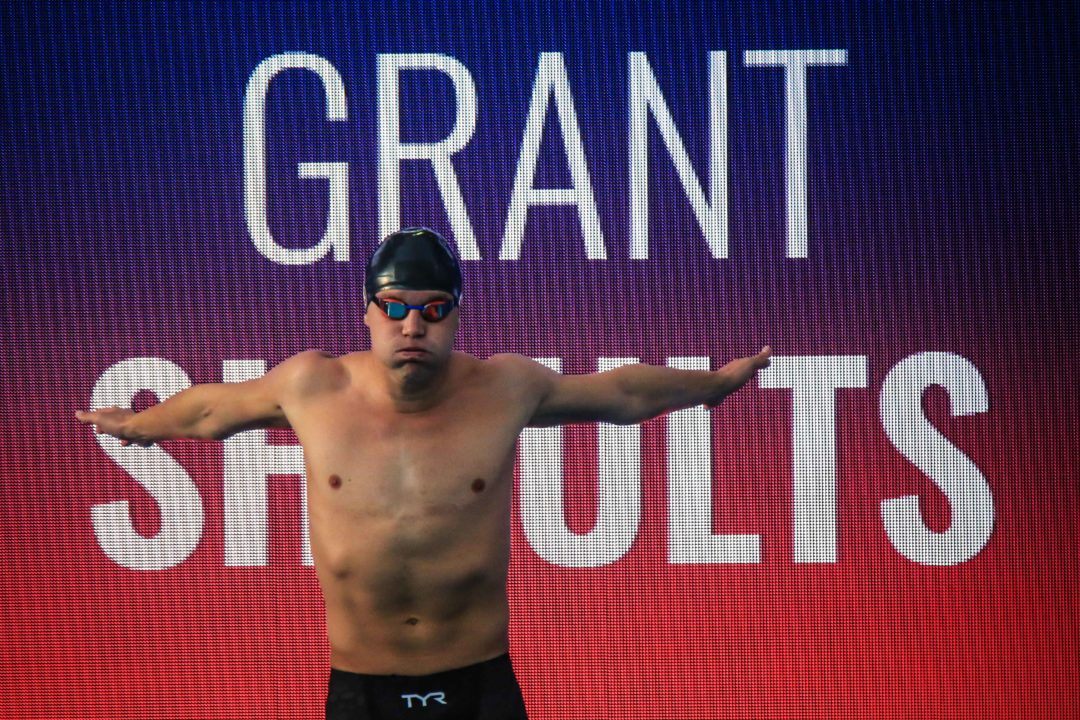 In celebration of his birthday on Thursday, US National Teamer Grant Shoults announced that he’s almost ready to return to... Archive photo via Jack Spitser/Spitser Photography

In celebration of his birthday on Thursday, US National Teamer Grant Shoults announced that he’s almost ready to return to competition. While he didn’t announce the exact meet where he’d make his return, he did say it would be in the Mission Viejo pool, where he grew up training as a junior athlete, which likely means the Swim Meet of Champions that will be held from June 20th-23rd, 2019. That is a major meet that usually sees the presence of a few National and Junior National Team members.

Thank you for the Birthday wishes! I’m stoked to make my official return to the sport at my home pool in Mission Viejo soon!🤙🏻 #BirthdayNews https://t.co/5KN2FP81Rw

Shoults underwent surgery in January and missed the 2nd-half of his junior season, including the NCAA Championships. The timing came after a breakout summer where he placed 2nd in the 400 free at the US National Championships and qualified for the Pan Pacs team. In Tokyo, he finished 4th overall, and earned a spot on the U.S. team for the World Championships.

In early May, USA Swimming put out an updated roster for the World Championships without Conor Dwyer on it, but Shoults’ name still appeared in spite having been out for the whole year to that point with an injury.

Is he going to SMOC? If so I’m so excited I’m gonna be there

Without a doubt, the best news of the week. Go Card Go ‘merica.

Great to hear Grant is back. With the coaching change at Stanford, been wondering how the current team is feeling about the new guys. Also wondering what happened to Jeff Kostoff, who many thought would be the heir apparent, had been coaching their strong distance group, and is no longer listed on their website. Anyone have an update?

He is out. I’m sure he will land somewhere soon but he is no longer with Stanford.

8
0
Reply
JP input is too short

Awesome! Good for him on the fast recovery.