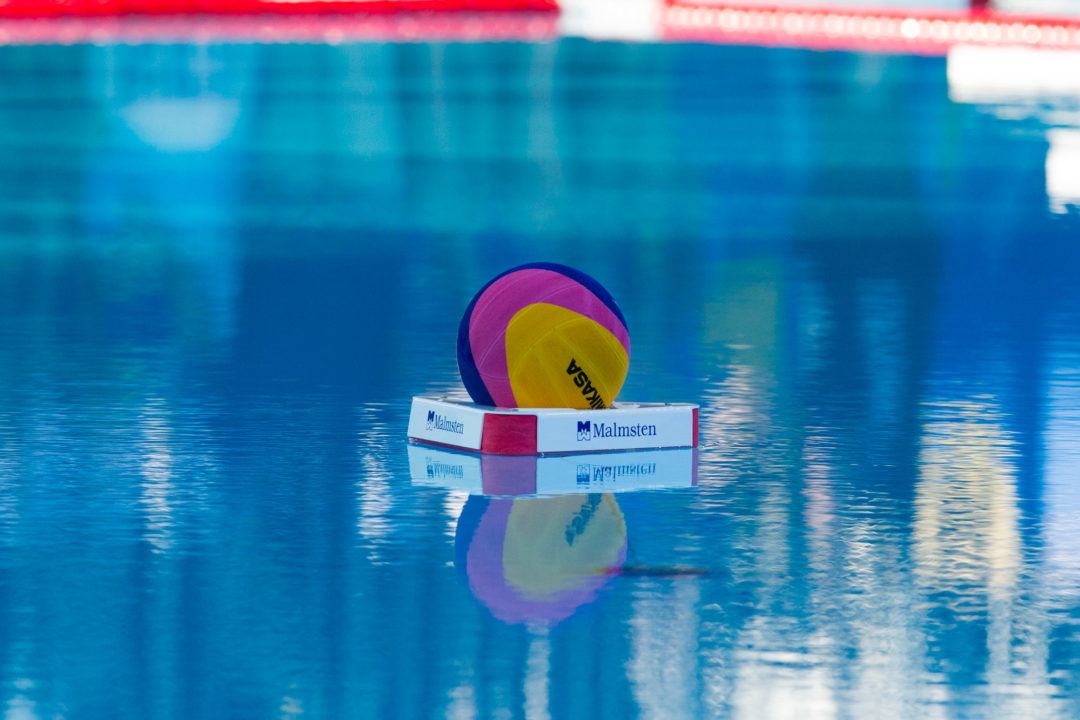 Italy and the United States both rounded out the group stage of the Super Final with 3-0 and will take the top seeds to the quarterfinals. Stock photo via Tim Binning/TheSwimPictures.com

Italy and the United States both rounded out the group stage of the Super Final with 3-0 record with USA besting Russia 12-7 and Italy moving past 0-3 China 10-7.

The Dutch rebounded from a Wednesday loss to edge out Australia 8-7 for the second place spot in Group A. Host Hungary meanwhile earned its first win of the tournament, topping Canada 16-14 in Group B.

The Americans will face China (0-3) on Friday, while Italy will take on Canada (0-3). The Netherlands (2-1) will battle Hungary (1-2), while Russia (2-1) will play Australia (1-2). The winners will advance to Saturday’s semifinals, while the losers will drop to the fifth through eighth place classification matches.

Australia battered the goal with 35 shots against the 2018 Super Final runnerup Dutch, but came up just short of pulling off a comeback win, thanks in part to a 4-for-4 penalty effort and five Maud Megens goals by the Netherlands.

“This prize is rather a team effort,” Megens said. “Most of my goals were done through penalties, so that is really for the whole team as they created opportunities for me and I was just lucky to score them. This is the strength of our team; we know how to find each other and where we can finish our attacks. I am very happy now, because of our good performance and the fact we managed to stand up from yesterday’s defeat. I am really looking forward for the next games as there will be a big crowd, the tension and a lot of fun!”

The Aussies led 3-1 in the first quarter, scoring three in a row after Megens put in her first of five goals for the Netherlands. Later, trailing 4-2, the Dutch scored four straight to grab the lead which they would not relinquish. Sabrina Van der Sloot got things rolling (5:23) and Megens followed with a penalty shot (3:59) and a 5-meter shot (2:06). Van der Sloot buried a penalty shot (1:11) to end the Netherlands rally. Australia’s Amy Ridge (0:09) cut the margin to one at 6-5 heading into halftime.

Megens made another penalty midway through the third quarter (4:58), but Rowie Webster (3:56) answered for Australia. Iris Wolves gave the Dutch a two-goal cushion with a center shot a minute later. The Aussie’s scored the lone goal of the fourth quarter on a Zoe Arancini penalty with 5:24 to play. Australia had two more shots after that, but Laura Aarts saved both.

Megens paced the Dutch, putting in five or her six shots. Van der Sloot added two scores. Aarts saved 67 percent of the shots she faced (14 of 21) in goal for the Netherlands.

Italy remained perfect in its return to World League Super Final play by staying one step ahead of the Chinese throughout Thursday’s game, despite missing their head coach who was out with health issues.

Roberta Bianconi put in six of the Italians’ 10 goals in the game, while goalkeeper Giulia Gorlero stopped 59 percent of the shots she faced (10-17).

Sangeng Nong, Danyi Zhang and Jing Zhang each put in two goals for China. Wenxin Dong made eight saves out of the 18 shots she faced (44 percent).

China cut the margin to one four times over the first three quarters, before the Italians pulled away for good at 10-6 care of two Bianconi scores (0:31 in the third, 4:52 in the fourth), Rosaria Aiello (1:38) and a Garibotti penalty (0:53). China slipped in one final goal as Nong found the back of the net with three seconds left.

“People would say that today’s game was not so important for us because we already topped our group yesterday, so we could play in a relaxed manner,” Bianconi said. “But today I wanted to prove to myself that I can do much better than I did in the previous games. I wanted to be helpful to the team. I wanted to win this game as it is important for our upcoming matches to stay concentrated and mentally strong all the way through to the last game. It is absolutely a positive thing we have stayed in the game till the very last moments which helped us to build up a larger gap.”

The five-time defending champion from the United States boasted a 7-3 lead at halftime and matched the Russians down the stretch en route to the top position in Group B.

Jordan Raney paced the Americans with a hat trick, while Maddie Musselman and Rachel Fattal turned in two goals apiece.  Ashleigh Johnson did the honors in goal for the USA, stopping eight of the 15 shots she faced (53 percent).

Russia led briefly at 2-1 as Serzhantova and Daria Gerzanich found the back of the net following Maggie Steffens‘ opening goal on a penalty shot at 6:54. Later, a Maria Bersneva goal (2:55) put the Russians up 3-2, but the Americans countered with six straight to turn the tables.

It was 10-6 after third quarters. Jordan scored twice in the final stanza (6:04, 1:47) to cap the win. Russia did not give up, however, as Tatiana Tolkunova put in one final goal with 38 seconds to play.

“It was a difficult game,” Russian coach Andrey Belofastov said. “We did not show our best, both offensively and defensively, and we did not manage to find the right key to unlock the zone defense of our opponents. To play America is always a challenge, and they have a fantastic roster, the best since the 2016 Olympic Games. Although they may not be in their best shape, they are strong indeed. We shall work very hard either to reach their level or to be competitive against them.”

Rita Keszthelyi accounted for five goals, while Greta Gurisatti chipped in a hat trick and six others scored to lift Hungary to its first win of the Super Final.

Seven players scored for Canada, including six multi-goal efforts and a hat trick by Kyra Christmas.

Canada put in eight goals in the second quarter to go up 10-8. Hungary notched eight goals over the final two stanzas, leveling the score at 13 heading into the third before completing the comeback with three more in the fourth.

The teams traded goals over the first seven minutes of the game, leading to a 2-2 tie, but Hungary grabbed a 4-2 advantage as Gabriella Szucs (0:33) and Keszthelyi (7:32) scored in the next two minutes. Emma Wright (penalty 6:45) and Joelle Bekhazi (5:50) knotted things up once again.

Later trailing 7-6 after a Keszthelyi penalty score, Canada took its first lead at 8-7 thanks to Hayley Mckelvey (3:17) and Christmas (2:52). Greta Gurisatti (penalty 1:45) tied it up, but the Canadians would score twice more to boast a 10-8 halftime advantage.

“Watching a match with some 30 goals is fun,” Hungarian coach Attila Biro said. “At the same time it was uneasy for me, as a coach of one of the teams-competitors. Today we had more actions, more turnovers, we were constantly moving and so we could earn good shooting chances. Even though we missed a lot of them, I really liked our game. We scored 16 goals, which speaks for itself.

“I am happy that we could turn back the game as our defense became more solid and we could block a good number of our opponent’s shots. I hope that today’s game was more exhausting for our next challengers, the Netherlands, which will be important to beat no matter if it comes through a lot of goals or not.”