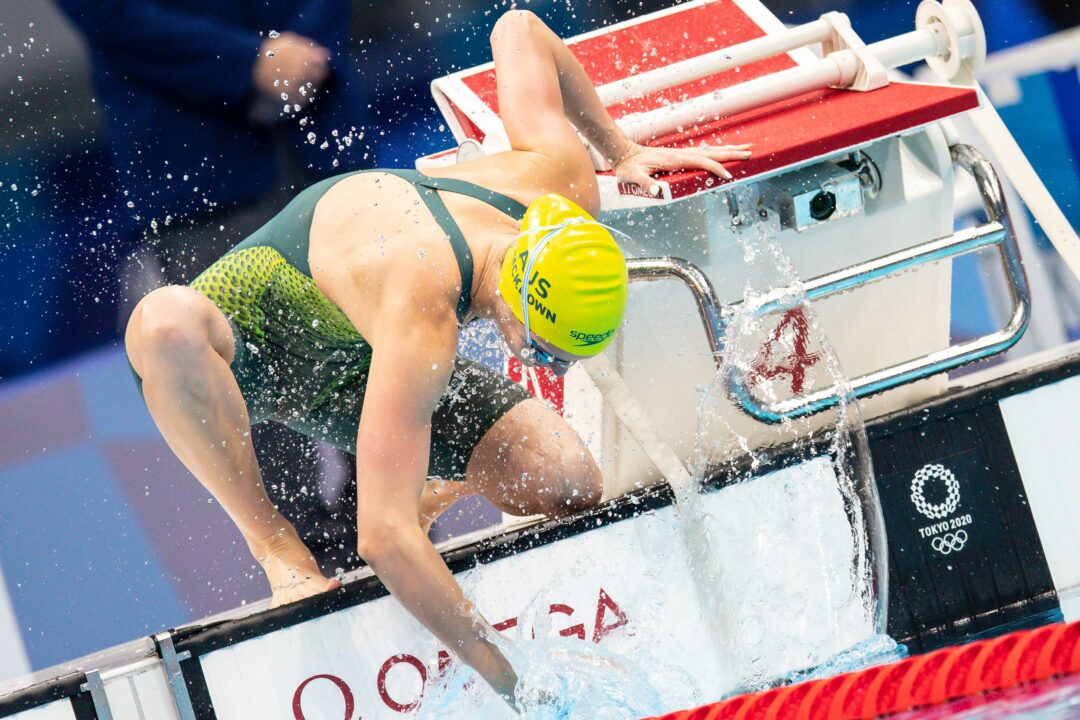 Let's take a look at how the Australian roster for Budapest has grown with just two days' worth of competition left in South Australia. Archive photo via Jack Spitser/Spitser Photography

We saw numerous swimmers who had already qualified gain new events for their World Championships lineups, while additional names were added to the list of individual qualifiers through Day 3 of these Australian Swimming Championships.

18-year-old Mollie O’Callaghan is having a wildly successful meet, inserting the 200m free and 100m back into her Budapest lineup, one which already had the 100m free individual event on her list.

Kaylee McKeown also became a multi-event program swimmer, having already nailed a 400m IM time good enough for Budapest but now adding the 100m back into the mix.

The top two finishers in the women’s 100m breaststroke, Jenna Strauch and Abbey Harkin, also qualified in the 200m breast, while Ariarne Titmus notched her first individual bid by winning the 200m free.

Titmus, however, has been adamant that she won’t be competing at the World Championships, which likely slots Madi Wilson into the second individual spot in the women’s 200 free when the official roster is announced.

Adding a third individual event to his World Championship lineup was Elijah Winnington, who topped the men’s 800 freestyle in a personal best time of 7:45.30. Winnington is now in line to race the 200, 400 and 800 free in Budapest.

Placing second was 18-year-old Samuel Short, who narrowly missed qualifying earlier in the 400 free but adds his name to the roster here as he crushed the FINA ‘A’ cut by nearly four and a half seconds in 7:48.65.

Brendon Smith and Se-Bom Lee got it done in the men’s 200m IM to qualify for Budapest as well, giving the Aussie roster a healthy-looking count with 2 days’ worth of competition yet to transpire.

**Ariarne Titmus has said she won’t swim at the World Championships, which would move Madi Wilson into the second individual spot in the women’s 200 free.

I read the qualifying rules, but I’m also new to following Intl swimming – please help me understand how the math works out if:

Are there different # of events at each championship? I suppose I could look that up, but better to ask you experts 😉.