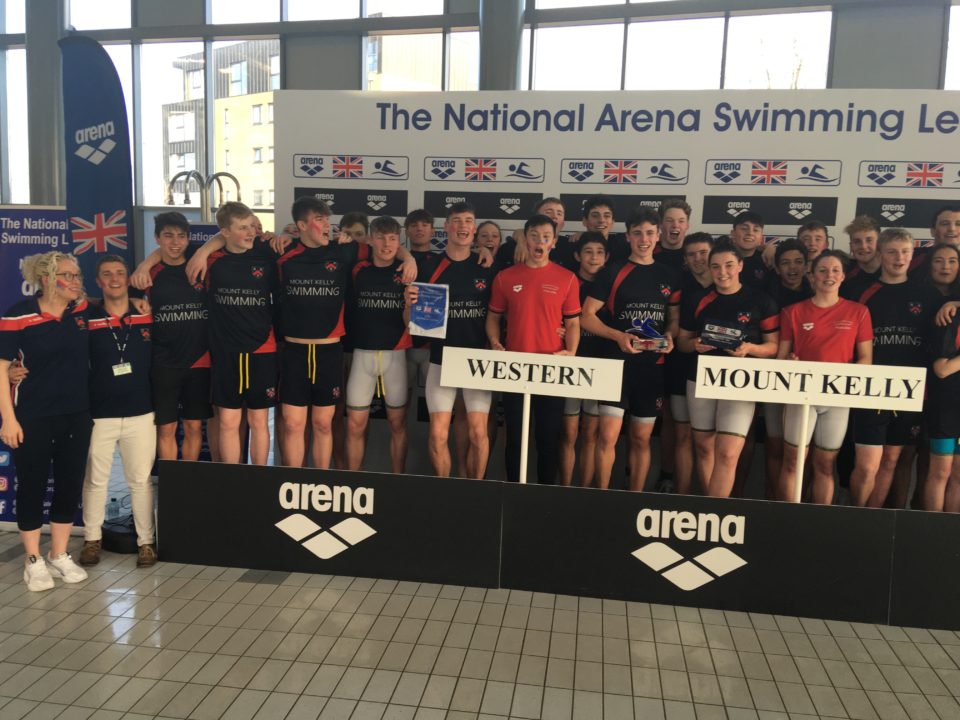 The 51st edition of the National Arena Swimming League’s Grand Finals took place this weekend at Cardiff International Pool, with the upper 10 teams competing for the A-Final team trophy on Sunday, March 8th

As the UK’s premier competitive swimming league, the NASL pits Olympians against club swimmers in a thrilling team format. The organization is made up of 6 leagues across England and Wales, with 333 teams representing East Midlands, London, North West, South, Western and West Midlands.

In one of the closest finishes in recent years, Mount Kelly successfully pulled out the win with a total of 362 points. That edged out runners-up Millfield by only 4 points, while Plymouth Leander took 3rd with 346 points. This marks Mount Kelly’s first-ever A-final team trophy.

Emma Collings-Barnes, Mount Kelly head coach said, “this was an incredible meet with an amazing atmosphere and such a close-fought battle from all 10 teams involved. We won the B-Final last year and it was our focus to come back and win the Cup Final this year, the whole team has worked so hard for this win today.”

On an individual level, Brodie Williams of Millfield took the top male swimmer prize, courtesy of his 100m back time of 55.81. That collected 801 FINA points.

Laura Stephens of Plymouth Leander brought home the top female swimmer prize, having earned 835 FINA points with her time of 58.91 to take the women’s 100m fly