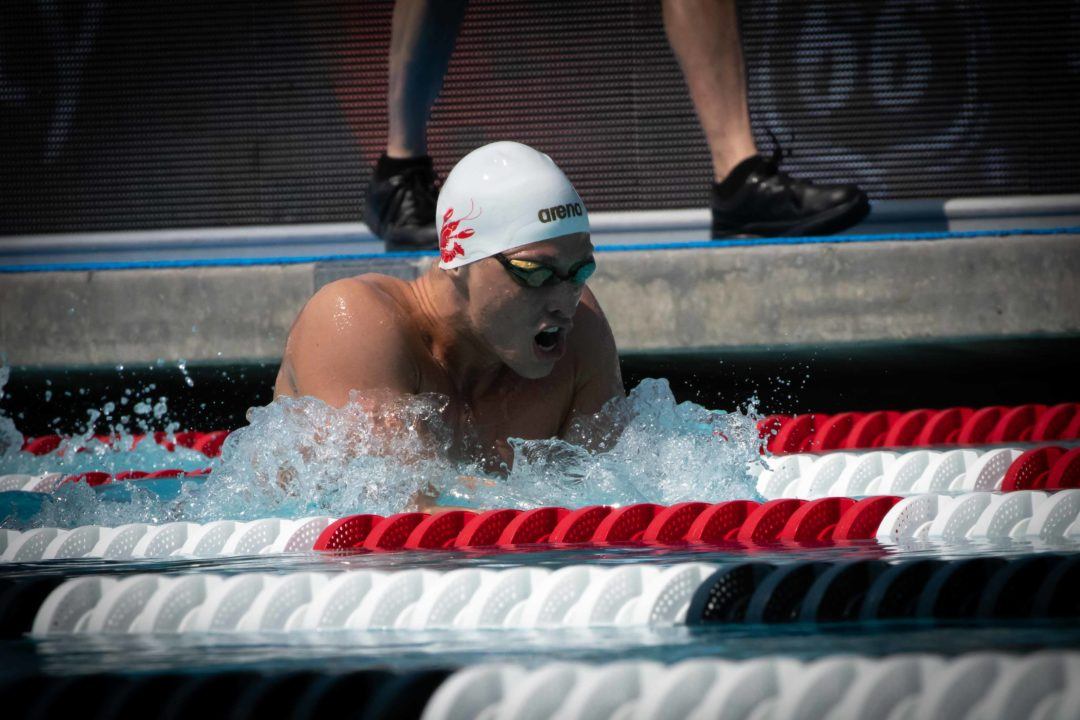 YMCA Hub Fins' Sam Stewart, a former Texas Longhorn, was 2nd in the 100 free with a 50.67, marking his first time under 51 in the event. Archive photo via Mike Lewis/Ola Vista Photography

The 2020 Cary Sectionals concluded on Sunday in North Carolina. Swimmers competed individually in the 100 free, 200 back, 200 IM, and mile. Prelims were held in short course yards, while finals were held in long course meters.

North Carolina Aquatic Club’s Katrina Konopka, an All-American at Arizona during her collegiate career, won the 100 free. Konopka, an Olympic Trials finalist, won the race in 57.37. Tac Titans’ junior standouts Brooke Zettel (58.31) and Claire Curzan (58.35) rounded out the top 3. Notably, Curzan swam butterfly in that race. She was in the 2nd at the halfway mark, and wound up with her 3rd fastest 100 fly performance ever.

NC State’s Nyls Korstanje, who has NCAAs coming up, won the men’s race in 50.01. YMCA Hub Fins’ Sam Stewart, a former Texas Longhorn, was 2nd in 50.67, marking his first time under 51 in the event. Brett Fraser, an Olympian and All-American during his NCAA career at Florida, touched 3rd in 50.80.

Brett Fraser wasn’t just an All-American at Florida, he was an NCAA Champion.

Curzan swam fly the whole way in the 100 free and was in first at the turn and still came in third behind an NCAA All-American and a SwimSwam top 10 recruit and UF commit. Nothing she can’t do.

Thanks. I’ll update the post to include that she swam it fly!

For anyone who knows, what happened to Sam his final semester at UT? Injury?