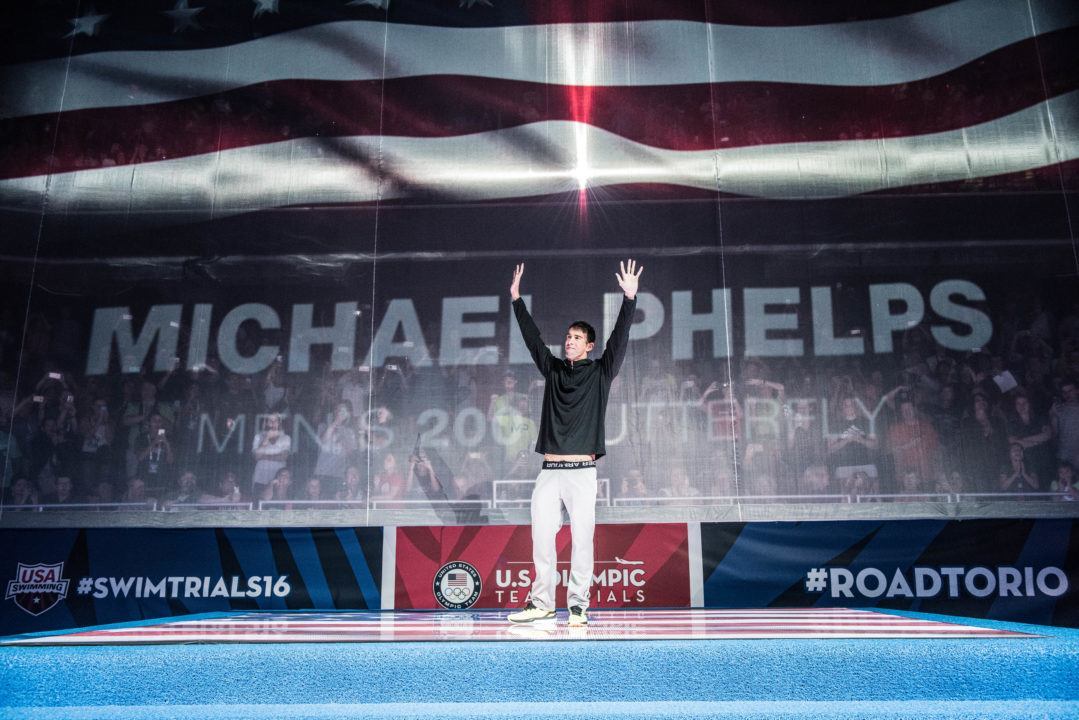 22-time Olympic medalist Michael Phelps is headed to his 5th Olympic Games, yet still may be able to do something he’s never done before. The 31-year-old new dad is reportedly on Team USA’s shortlist for potential athletes to carry the flag at the 2016 Olympic Games opening ceremony on August 5th.

In the past, Phelps has opted out of walking in the opening ceremony since he’s historically competed in the men’s 400m IM event, which always takes place the very next day. With that event off the 18-time gold medalist’s schedule this time around, his first event would come on Tuesday, at the earliest. That day hosts the men’s 4x100m freestyle relay, of which Phelps may or may not be a part. If not a member of the relay, then Phelps would not dive in to the Olympic Aquatics Stadium pool until Monday, August 8th when he’ll take on the world in the 200m butterfly.

In a recent Facebook Live post, Phelps told viewers that it would be ‘cool’ to have the honor of carrying the flag and he would ‘maybe think about it’. However, he’ll need to beat out at least 16 other potential candidates to claim the job. Water polo player Tony Azevedo, who is also making his 5th Olympic appearance, as well as diver David Boudia, are among the athletes potentially in the flag bearer conversation, along with tennis player Serena Williams, basketball player Carmelo Anthony, and beach volleyball talent Kerri Walsh Jennings.

The athlete given flag bearing honors will ultimately be selected by Team USA captains of each sport, but fans can unofficially vote using NBC Olympics’ ‘for fun’ ballot here.

As of this publishing, below is how the unofficial fan voting stands. The official flag bearer, as voted by Team USA sport team captains, will be announced by August 5th. 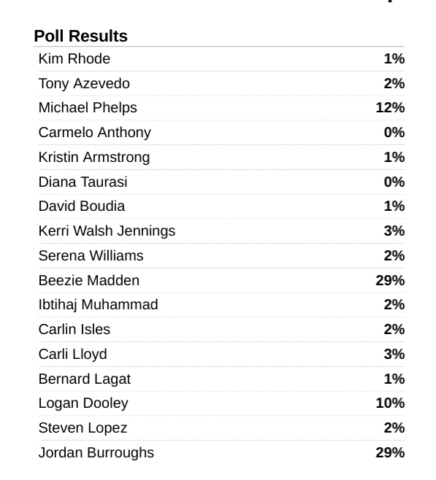 Thought Phelps said he would NOT be participating in the opening ceremonies because he said you are basically standing on ur feet for hours which is no good for swimmers????

He’ll do it if he can make money from the photos of him carrying the flag.