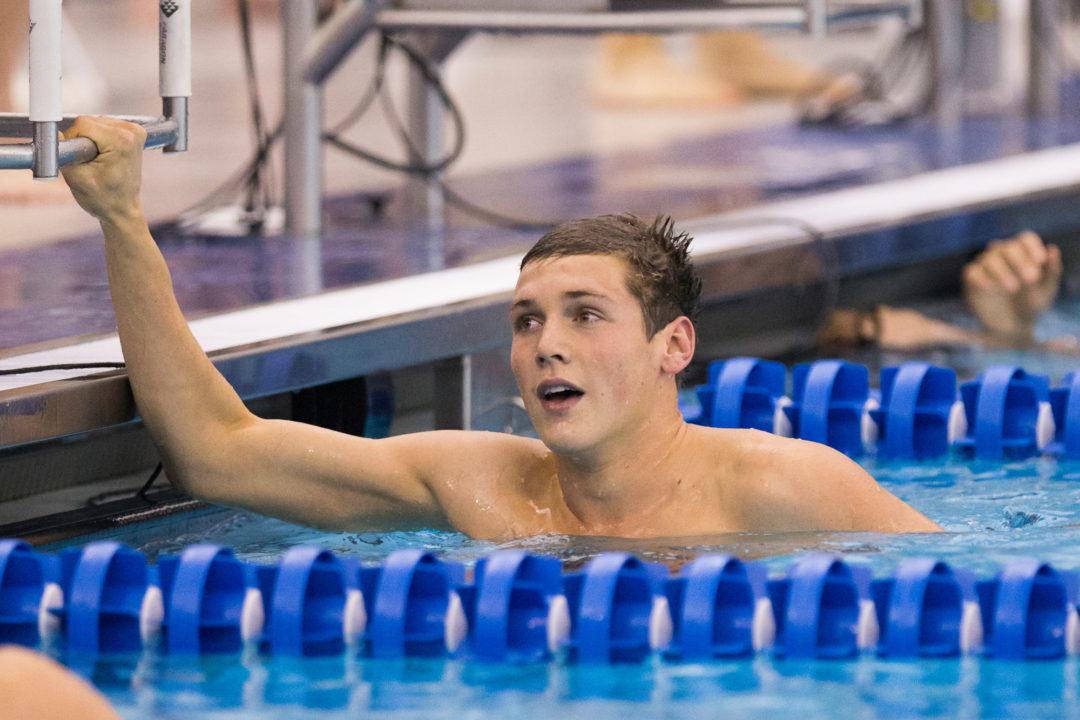 Cole Cogswell, the #7 recruit in the high school class of 2015, will swim at the 2016 Futures Championships.

The psych sheets have been released for the site in Stanford, California at the Avery Aquatics Center on the Stanford campus.

This year’s series expands from 3 meets in 2015 to 4, with sites in Atlanta, Austin, Stanford, and College Park.

The 2016 rules change that opens up the meet to swimmers with U.S. Open cuts to swim events in which they don’t actually meet that time standard has welcomed some known names to this meet that belie its stated purpose.

Among those are Duke swimmer Leah Goldman, who is an All-ACC performer and placed 24th at the 2016 NCAA Championships in the 100 fly.

Goldman trained as a junior swimmer with the home team PASA. Among other college swimmers are Cal’s Jenna Campbell and Stanford’s Cole Cogswell, Brad Zdroik, and Andrew Liang.

Laing swim for Stanford. Forget which events but he’s promising as is Goldsmith. Both Duke women’s and men’s programs moving up. They get right support (funding/ scholarships) they could be on apar w/ Carokinas and Fliruda St. In ACCs one if these days.

And if so many $$& we’re”t wasted on football and — especially BASKETBALL — and pumped buyout awuatics instead…merciful heavens!

Liang finished 9th at Olympic trials in the 100 fly