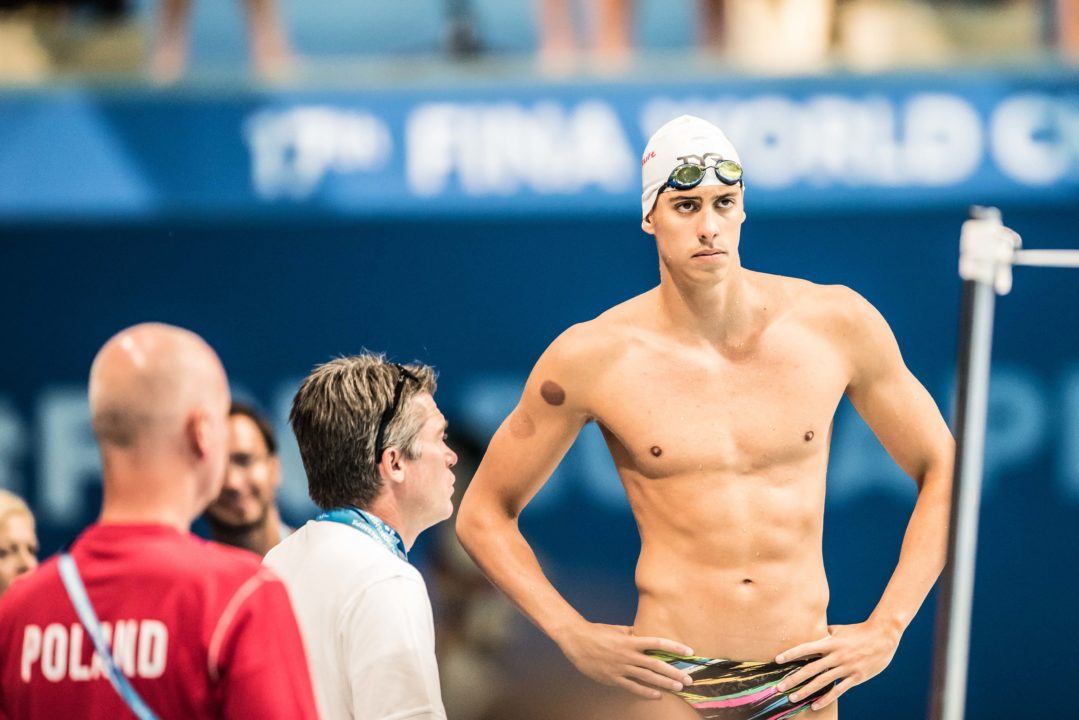 Chadwick, who won gold at the World Championships as part of the American 400 free relay team, opted for the Israeli Championships rather than the FINA World Cup meets this week. This was likely to take advantage of his taper for fast individual swims in long course rather than immediately turning to short course racing, since he only got a relay swim in Budapest.

That 50 free swim by Chadwick was just .03 seconds behind his personal best done at the 2016 U.S. Olympic Trials.

Also on the 4th day of the meet, Andy Murez won the women’s 50 free and 100 backstroke, the latter of which came in a new Israeli Record of 1:01.78. Murez was born in California and went to college at Stanford but represents Israel internationally.

A mountain of Israeli National Records, both open-age and age-group, were broken at the meet. Among the senior records broken was a new record in the men’s 100 back by Yakov Toumarkin. He swam 53.60, which broke his own record of 53.77 from the 2015 World Championships. The time is also three-tenths better than his semi-finals swim at this year’s Worlds.

Hey swimswam where are you finding these results? I’ve been looking…

There’s not a good dedicated results list, but the Israel Swimming Association has day-by-day reports that they’ve put together. You can find them here, pieced together: https://www.isr.org.il/new

This would have been a National Team qualifying time if he had done it at the Open.