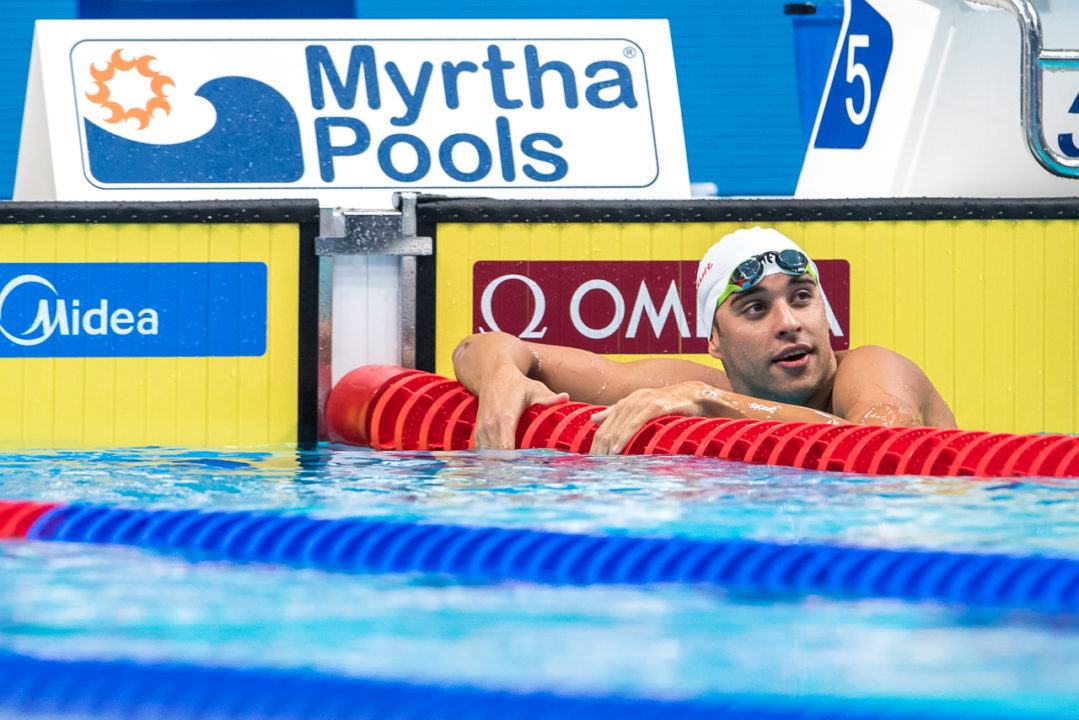 Olympian Chad Le Clos of South Africa notched a new national record in the men’s 100m freestyle while competing at the 2nd stop of this year’s FINA World Cup. Taking on the field at Schwimm- und Sprunghalle im Europa-Sportpark in Berlin, Le Clos clocked a speedy time of 45.78 to earn silver behind gold medal winner Vlad Morozov of Russia, who touched in 45.23 to establish a new World Cup Record and Russian national record. Both were the only men to score sub-46 second times tonight.

For Le Clos, his 45.78 mark overtook the previous South African national record of 46.00 held by Lyndon Ferns since way back in 2009, which he tied himself at the 2016 Doha stop of the World Cup Series.  As such, with his performance tonight, Le Clos has become the first South African man to ever dip beneath the 46 second threshold in the men’s short course meters 100 freestyle.

Although the 25-year-old South African recently earned 200m butterfly gold at the FINA Long CourseWorld Championships in Budapest, Le Clos has proven his freestyle is another consistent weapon with which his competitors must contend. He surprised an utterly stacked 200m freestyle field in Rio to take silver at the 2016 Olympic Games and the athlete has steadily seen his 50m and 100m freestyle personal bests trending in a downward trajectory time-wise.

Le Clos didn’t have a chance to race the men’s 100 scm freestyle at the first World Cup stop in Moscow, as this year’s Series is being conducted under the new FINA World Cup rules. One of those rules dictates that, over a 3-leg cluster, each event will only be swum twice and up to 6 times during the Series. As such, the same line-up of events will not likely hold from one stop to the next.