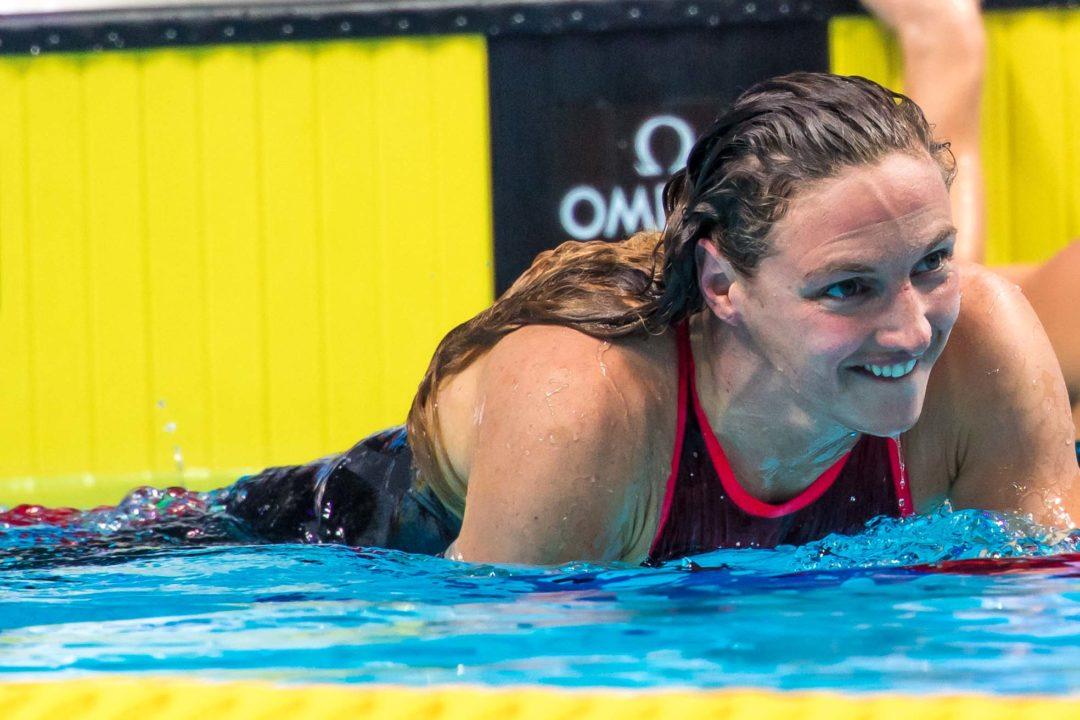 Katinka Hosszu of Hungary is already on her way to Moscow after concluding a successful 2017 FINA World Championships. Current photo via Mike Lewis/Ola Vista Photography

Now that the FINA World Championships have concluded we turn our eyes towards competition in Moscow, the first stop of the 2017 World Cup Series. Taking place at the JSC Olympisky Sports Complex, Moscow marks the first of 3 stops in cluster #1, which also includes Berlin on August 6th and 7th as well as Eindhoven on August 10th and 11th. The entire series schedule is seen below:

Moscow marks the first meet in which we’ll see the newly defined FINA World Cup rules in action. We’ll see Olympic and World medalists bypassing prelims and instead having direct access to finals, while the controversial rule of limiting swimmers to 4 individual races per leg will also be in place.

Below are a few other notable changes to this year’s World Cup parameters:

Here are the links specific to the Moscow stop taking place on Wednesday, August 2nd and Thursday, August 3rd:

Although the start lists have yet to be published for Moscow, World Championship gold medalists Emily Seebohm of Australia and Katinka Hosszu of Hungary are expected to compete.

FINA has not included Dubai on its 2017 schedule.

Any American swimmers might like to do a few hours over at the Embassy to help out reception / spy, cook/spy , wardrobe stylist/ spy , functions manager/ spy . Plenty of vacancies!

Sarah Sjostrom will swim the World Cup, including Moscow. I hope she will mix it up at some meets with a 200 free or 100IM.

Oh yeah, Kromowidjojo said in an interview she would do Berlin and Eindhoven aswell. Could be some fun 50 freestyle races!

cool , i might get to Eindhoven , its just 90 mins drive from home .

Dubai round is off. Dates Doha and Hong Kong adjusted. Check fina website

The limited swim rule will hurt dressel in the future. He coupd have cleaned up!

Sad! Would have liked to see him expand his resume to include the likes of 100 and 200 breast. On the real though he could definitely have a dirty 100 IM

He is capable of smoking the 100 IM workd record. 50 back and breast he’d get money also, possibly hundreds of those distances…200 im and free

Wow, Hosszu doesn’t take any sort of breaks! A full schedule at worlds and now world cup a few days later! Though it’s good for us swimming fans lol

it’s CAN. it’s only LCM in an Olympic year