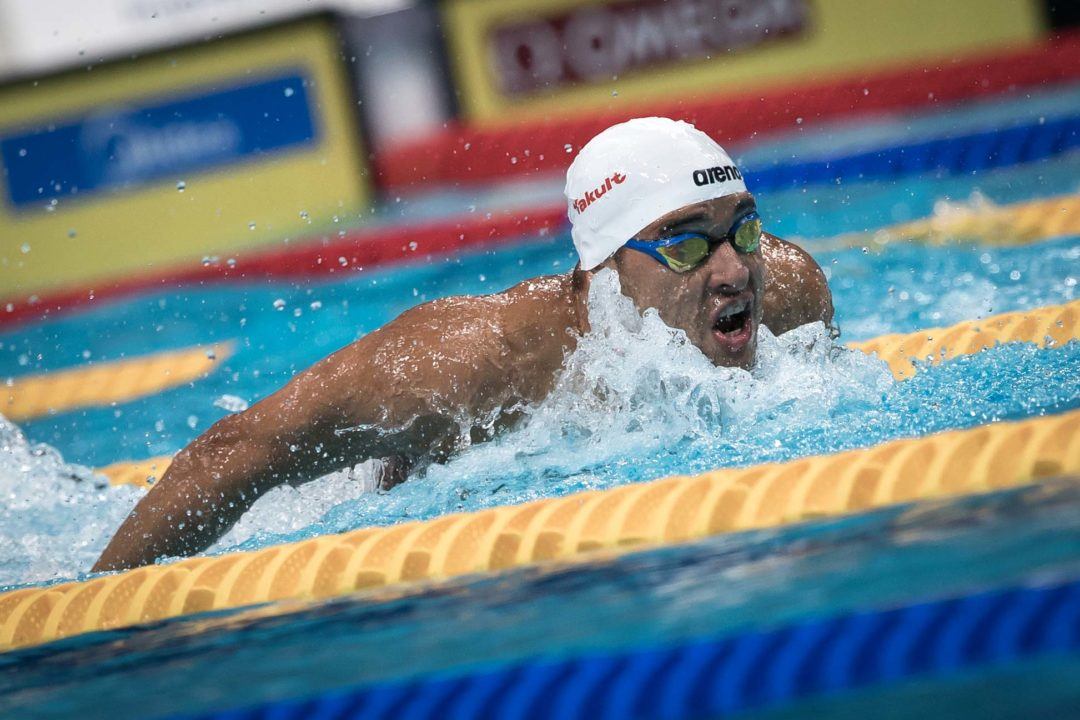 From a competitive standpoint, the new rules implemented this year are making the series points less about how many events in which one can medal, but how much one can excel at the four events he or she is allowed. While that’s been an unpopular change for many athletes, it should theoretically leave more parity in the points contenders, as a swimmer who excels at 2-3 events now has a chance to keep pace with a swimmer who can medal in 7-8.

That’s the essence of the Sjostrom-Hosszu battle at this point. Sjostrom can dominate the sprint freestyles and butterflys, and can branch to the 200 free or 100 IM in any meet that doesn’t feature all four of those events. The onus is now on Hosszu to pick her events wisely, making the most of the four she enters. In Moscow, Hosszu swam and won the 100 back, 100 IM and 200 IM while taking second in the 200 fly.

Sjostrom also picked up FINA’s biggest performance bonus of 24 points for having the top swim in FINA points.

While I think the direct to finals for Worlds/Olympic medalists is a terrible rule by FINA, I don’t exactly hate the restrictions on the number of events, because it makes it more competitive. Hosszu can’t just run away with it anymore by using each swim as practice.

Both of them are insane.
BTW don’t be jelous 🙂