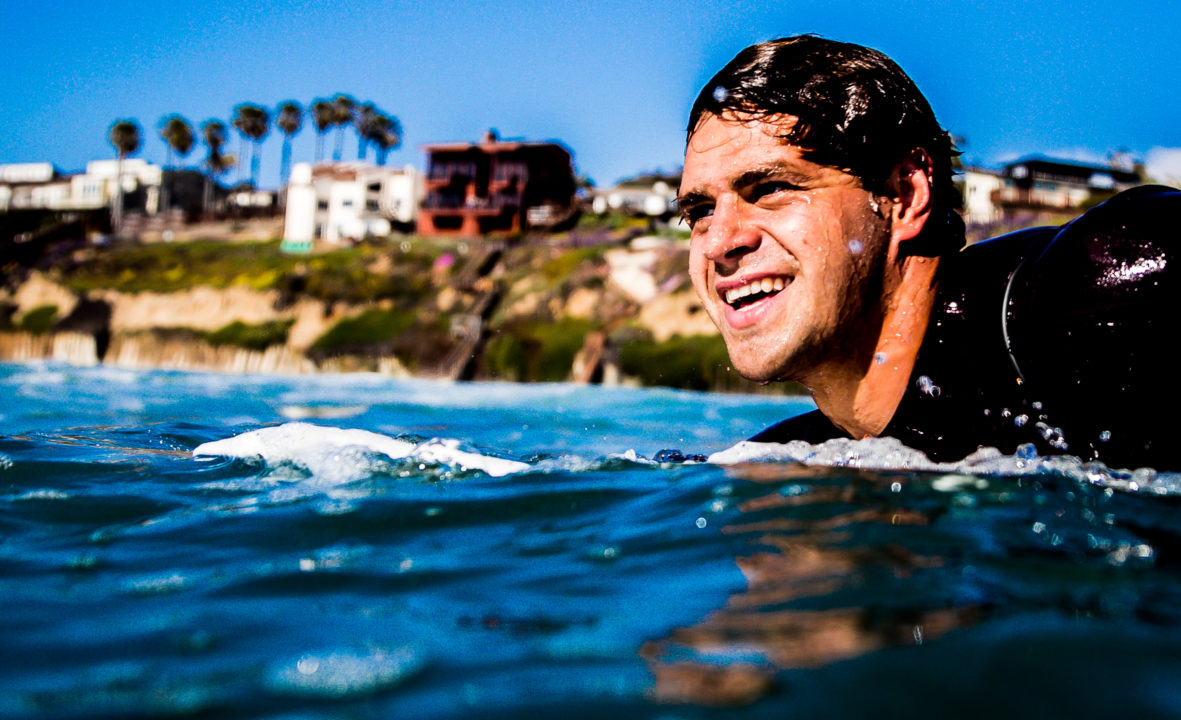 Michael Andrew blasted out to a lifetime best in the 200 IM at 1:56.83, ranking 4th in the world this season and 6th All-time among Americans Current photo via Jack Spitser/Spitser Photography

Great performances, just at the time the US needs him! I hope he continues to improve. He could really be a big help in breaststroke and IM if he does.

I found it odd how bad his stroke looked the last 50. It wasn’t exactly fatigue but a lack of basics.

His entire face was coming out of the water on the breaths. I’ve seen elite fatigued swimmers die, but this was an absence of basics of freestyle.

That being said, go breaststroke 🙂

it is a very odd stroke. given his freestyle success in distances over 50 as an age grouper, I wonder if something about the stroke worked for him when he was younger/had different proportions, and it hasn’t translated well. Coupled with his USRPT which would mean fewer breaths during his workouts, the technique change could have easily gone uncorrected. I doubt he’ll do anything with it prior to OTs (nor should he), but I really hope they bring in someone other than his dad to work on it afterwards.

Still so much potential even as his times continue to drop. Hopefully he doesn’t overdue it leading up to the Olympics…seemed like his travel and competitive schedule hampered his ’19 Worlds performances.

Everyone says he needs to improve his freestyle and his endurance, I do agree he does have a weird stroke outside his 50 free but in my opinion, what hurts him the most, is he goes flat out to the 150 and then just dies. I’m pretty sure Seliskar, with 70K + weeks of training, could have been close to him at the 150 if he went all out and would also have a horrible last 50m split.
MA might have to rethink his strategy or maybe his stroke isn’t as efficient when he paces himself and that’s why he goes pedal to the metal from the start.

All this is great, but surprised no one on any of these MA posts has debated the merits of his ketogenic diet in staving off the piano. Not much out there in the literature specific to swimming or duration of swim races. Read this https://www.dovepress.com/impact-of-ketogenic-diet-on-athletes-current-insights-peer-reviewed-fulltext-article-OAJSM. Maybe keto fuels 1:40 or so but not 1:56. It wouldn’t kill him to hit up some carbs. Dem muscles need glycogen. He’s the only guy, talent-wise (sorry Carson Foster fanboys), who could threaten Lochte’s record if he ever got his ever-ending experimentation right.

2 Questions:
1. is the freestyle difficulty at the end of an IM often called “the piano” or “a piano”?
2. How can a piano be fixed? Is it endurance?
Thanks!!

Pianos, plural. One can build up lactate tolerance, but ultimately, a piano will hit anyone who stresses their energy system too much in a single race. Take Ledecky, for example, the greatest endurance athlete in our sport. The piano hit her in the 400 free at Worlds when she was energy depleted from being ill. It can happen to anyone if their pacing doesn’t match their energy stores and energy efficiency.

This is an interesting point that could explain how badly he died. Lack of training doesn’t make much sense to me because he’s upped his training lately apparently. Running out of energy stores makes more sense, especially considering how extreme is collapse was and his inability to bounce back for the 50. I hope he tries some carbs too!

The most obvious reason for his lack of stamina is a lack of cardio training. That has more to do with it than his diet.

If you’ve ever tried 30 50 flys on :20 seconds rest trying to hold 200 splits, then come back 5-10 min later and do the same for another stroke, and then repeat it again, you would not make this argument.

What’s your last 50m/200IM split? Beat him in any upcoming meet and you can say whatever you want without seeing downvotes.

you can be worse than people and still comment on their performances. They get downvotes because they crudely stated their opinion and tried to minimize a good swim, not because MA is faster than them. If that was the case only 10 or so people in the world could talk about his 200IM

Is that how you vote for President too?

I like this kind of arguments. Each swimmer has to use it when coach gets on their nerve criticizing their performance. 😀

As an athlete I do find it ridiculous when someone try to minimize a swim that only less than half a dozen people in the world can do.Wish we could come to y’all’s jobs and start the same non sense LOL

I don’t think an athlete should read these comments. It was a great swim and many athletes had great swims at this meet

Are you kidding me?? Building tolerance to non sense like some of these comments is part of training, if any of this shake you up… bad news!

Id pay PPV to have access to it,
It’s the best part =DDD

When my job gets broadcasted live on TV, feel free to do the same, Olympian.

You realize, BALDINGEAGLE, that Melanie Margalis split a few 10’s slower than MA, and that literally 100 or more of 200 IMers could out split him on the last 50. So there’s a fair chance that YUP does outsplit him.

Hope his freestyle improve. Right now, he reminds me of Thiago Pereira. I remember seeing him out front or top 2 after Breaststroke, only to be overtook at free in 2IM.

It states in the FINA rulebook – section SW 423.3.05 – regarding each split in the 200 IM: In individual medley events, the swimmer covers the four swimming strokes in the following order: Butterfly, Backstroke, Breaststroke and Freestyle. Each of the strokes must cover one quarter (1/4) of the distance. The Freestyle split must be faster than :30.00 seconds. Unless the split is otherwise achieved, the total time will not be ratified and a world ranked swim will not be considered.

First the Lochte rule and now a rule against MA, FINA will stop at nothing to slow us down

It was a piano. Anytime a swimmer talks about how painful a last 50 was, and it was coupled with the poor split, and he went a 24 plus in the 50 a bit after, that was a piano. He doesn’t know how to pace it, and that’s a big liability going against Seto, who goes out fast and will tempt MA to go out even faster, should he make the team. But I agree, his freestyle has always looked technically awful compared to his other strokes. He has relatively short arms for his height, too.