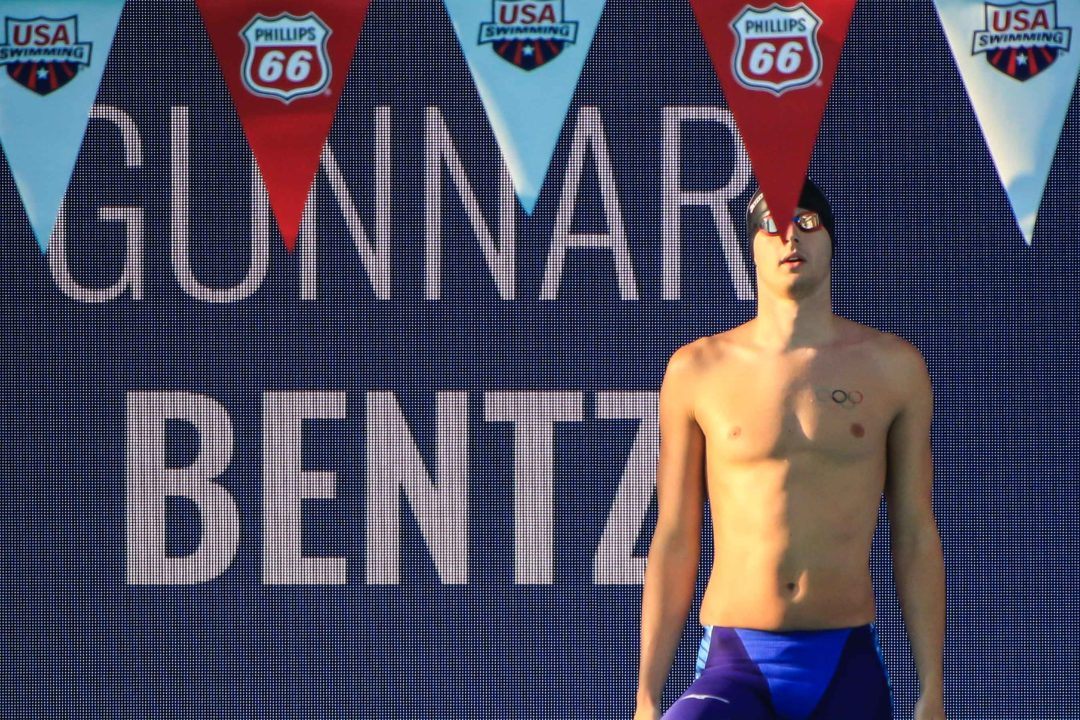 After a quick 59.83 in the prelims, Michael Andrew had a sensational performance in tonight’s men’s 100 breast final, setting a new personal best time in 59.14. Andrew’s previous best was 59.38 set in the summer of 2018 at US Nationals, and the fastest he’d ever been at a PSS meet was 59.52 last year.

The 20-year-old opened up a big lead in the heat with a 27.48 opening 50, and then came home four-tenths better than this morning in 31.66. He moves into sixth in the world this season and is now the top American while maintaining his spot at #7 among US swimmers all-time.

It was a close race for second between Athens Bulldogs teammates Kevin Cordes, Nic Fink and Andrew Wilson. In the end it was Cordes, using a 32.00 back half, who got his hands on the wall in 1:00.45, with Fink (1:00.52) and Wilson (1:00.64) just behind. The time for Cordes is just off of what he went at the Pan Am Games last summer and the US Open in December, which is a positive sign heading into the summer.

The Georgia boys sweep the podium in the men’s 200 fly, led by Gunnar Bentz who roared back on the last 50 to run down Chase Kalisz and win in a time of 1:56.20. That ranks Bentz 10th in the world this year, and is also the fastest he’s ever been outside of the Olympic Trials, Summer Nationals or US Open. His previous fastest time in-season was 1:57.70 from the 2016 PSS in Indianapolis.

Zach Harting had steady splits throughout for fourth in 1:58.21, and Jack Conger was up with the leaders with 50 to go before falling off and taking fifth in 1:58.57.