Why Splitting the Florida Program is Working 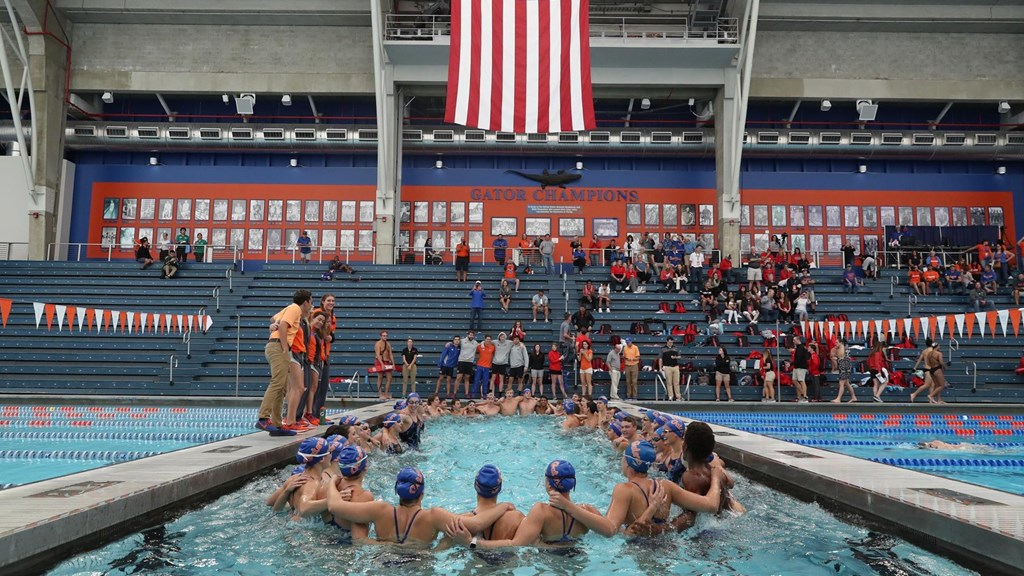 Splitting the program at Florida has played out very favorably. Listen to coaches Anthony Nesty and Jeff Poppell discuss their philosophies and teams. Current photo via Tim Casey, Florida Athletics

Core training for swimmers is critical for swimming fast in the pool. SURGE Strength gives you the dryland solutions with this Dryland Plan.

Join Chris Ritter of SURGE Strength for a FREE Webinar on the best dryland training equipment gifts for the swimmers in your life.

There was uncertainty within the swimming community when Gregg Troy announced his retirement from head coach responsibilities from the University of Florida in the spring of 2018 as how the programs would go forward. Coach Troy wasn’t “fully” retiring from coaching as he was just going to focus his efforts on the professional swimmers, including Caeleb Dressel and Ryan Lochte, in Gainesville (be on a lookout for a future article that discusses the pro group more as this article will focus on the collegiate programs).

Speculation turned into reality as it was eventually announced the swim programs that were once split and then combined would end up being split back again. It may have seemed odd to some as there’s been much more recent history of programs combining than splitting. Think the University of Tennessee, University of Michigan and Ohio State University to name a few that have gone from a split to combined program.

One of the reasons for this result is it’s just logistically harder to get twice as many people (no matter in what scenario) to be going in the exact same direction towards a goal with full commitment.

And just a few years into this experiment you’re seeing splitting the program at Florida play out very favorably. The men’s team won SECs by a comfortable margin and the women’s team came within 29 points of 1st place.

One performance that powered the championship effort for the men’s team was Bobby Finke’s history-breaking performance in the mile. We saw glimpses of possible greatness from him last year. Listen to his Head Coach, Anthony Nesty, talk about his philosophy that’s helped develop Bobby and the rest of the men’s team in an interview with Chris Ritter that’s part of The Hive powered by RITTER.

Having a head coach that’s won a Gold Medal, as Coach Nesty has, can carry a lot of weight when the coaches’ outlook is “patience before performance.” Especially in a grueling event to train for like the mile, if you’re not hitting consistently what you want in practice or meets the disappointment can creep in quickly on top of all the pain that you have to endure during workouts. Coach Nesty’s approach is a great one that many coaches at both the club and collegiate level need to keep in mind to help their athletes ultimately achieve the most they can in this “most demanding” sport as Coach Nesty puts it.

On the women’s side of the program, one of the challenges that Head Coach Jeff Poppell was handed as he took the reins was trying to resurrect a women’s program that won the NCAA Championship in 2010 and then didn’t score a point in the last year the program was combined.

With the split programs, Jeff feels one of his strengths can come through even more now that his focus is just on the women – developing the athlete through their collegiate career. Listen to how Jeff puts that into action as he spoke with Chris Ritter for an interview that can be seen in its entirety in The Hive.

Jeff has spent the majority of his time coaching in the club ranks so he understands what it takes to actually get swimmers faster year to year and not just rely on recruiting the fastest swimmers and then coast on talent for their collegiate career.

Even more impressive in the women’s program turnaround is that many of the same girls that were on the scoreless NCAA team are now leading the charge of improvement to coming within 29 points of 1st place at SECs.

Those results of developing the athletes you have speak for themselves.

If you’re a coach that wants to continue to learn so you’re able to develop the athletes in front of you and stay on the cutting edge of the sport be sure to Join The Hive!

Join The Hive for just $1