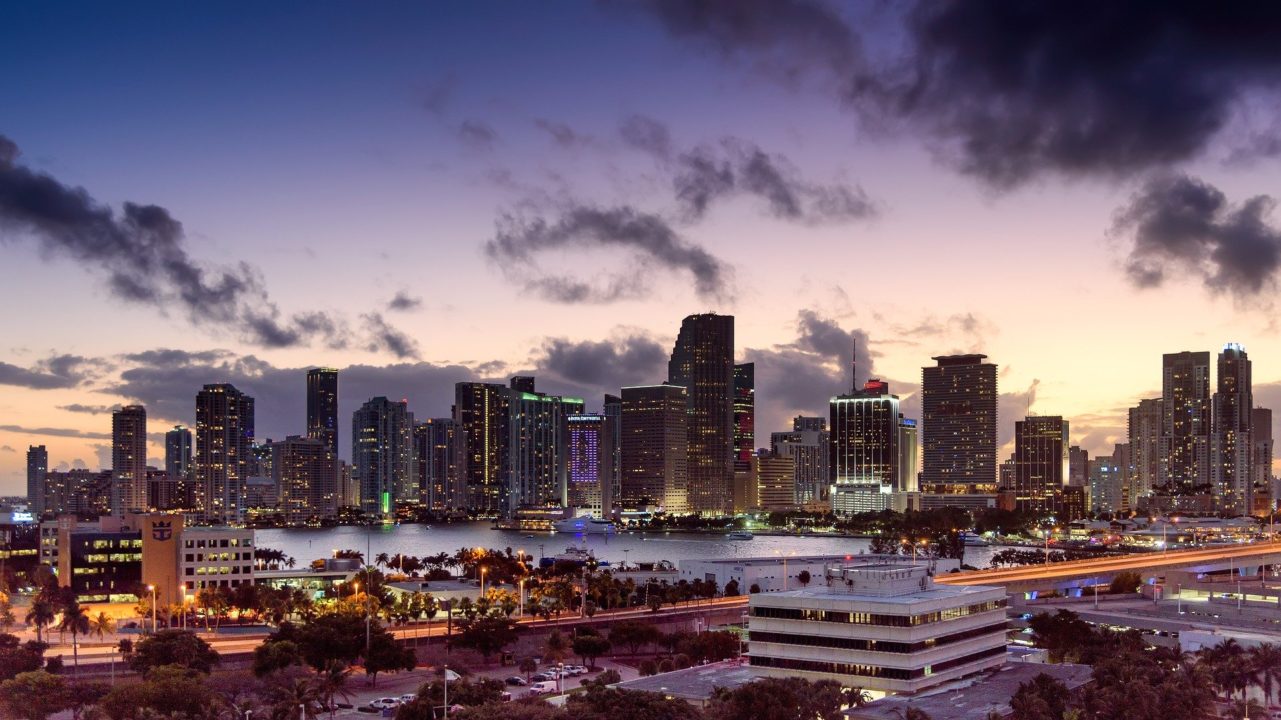 Nelson has had some phenomenal swims recently, most notably his epic battles with fellow North Carolina-native Sam Hoover in the 400 IM and 200 IM.

Hawaii’s High School Athletic Association has canceled its March state championships in a number of sports, but regular seasons can still go on.

A new theme is emerging in the debate over when, and how fast, to reopen as the United States tries to emerge from the total quarantine brought on by the global coronavirus pandemic, and sports have not been immune.

As civic leaders battle state and national leaders across the country, Miami-Dade County schools this week threatened to leave the Florida High School Athletics Association over the state association’s plan to push forward with high school athletics as soon as July 27th.

While the FHSAA decision (read more here) allows schools and districts to make their own decisions about when to start their seasons, and gives schools the option to opt-out of state championship series to extend regular seasons instead, some districts are still weighing a departure from the FHSAA altogether.

“This is an issue of equity, fairness, health, and safety” Dr. Gallon said in the press release. “Despite the fact that schools in our area constitute a significant, major revenue source for the FHSAA, as well as a high number of playoff and state championship teams in various sports, a 10-[5] vote confirms what they think of our districts, schools, and most important, the health and safety, and fair and equitable participation of our students. The FHSAA has clearly sent a message to school districts in South Florida and several others around the state. … They did not even listen to the recommendations of their own Sports Medicine Advisory Committee. We have heard the FHSAA loud and clear. They now need to hear from us.”

Miami-Dade Superintendent Alberto Carvalho also disagreed with the FHSAA decision, saying that he is concerned over the ability of his student-athletes to properly condition and practice to the same extent as schools in other areas in Florida.

“Considering local health conditions across South Florida, (Miami-Dade County Public Schools) is disappointed with the (FHSAA’s) decision to maintain July 27 as the start date for Fall Sports,” Carvalho Tweeted. “This decision will result in inequities and create limitations for our student athletes.”

Considering local health conditions across South Florida, @MDCPS is disappointed with the @FHSAA’s decision to maintain July 27 as the start date for Fall Sports. This decision will result in inequities and create limitations for our student athletes. 1/3

According to Prime Time Preps, which covers high school sports in the Tampa area, districts in Orlando, Tampa, and St. Petersburg are also considering opting out of the FHSAA post-season and forming an independent athletic conference.

The counties in south Florida carry especially significant weight, though, because of their success in football, both on the state level and nationally. Teams from Broward and Miami-Dade Counties have won 7 of the 8 high school football state championships offered in Florida this year.

Florida has been an epicenter for the summer rise of the coronavirus that started in early June. At the time, the state was seeing about 700 new positive tests for coronavirus per day, a number that has risen to an average of more than 11,000 positive tests daily over the last week. Miami-Dade, Broward, and West Palm Beach Counties in south Florida have the 3 highest totals of positive tests in the country.

The FHSAA has received criticism because the vote to start fall high school sports, which includes swimming & diving, came against the advice of its own medical advisory board, which asked for a delay.

In Georgia, a similar battle played out. Jasper Jewell, a member of the board of directors of the GHSA and the athletics director of Atlanta Public Schools, told his peers in a meeting that he thought his district might cancel fall sports altogether if the season wasn’t delayed. That wound up with a 12-0 vote in favor of a two-week delay in the start of the season.

From the Pine Crest article today:

“But after the FHSAA announced on Monday that it had rejected the recommendations of its own medical advisory board and decided to continue with the fall sports season as scheduled, Pine Crest announced that it would not be participating in fall athletics.“

They rejected the recommendations of their own medical advisory board. The FHSAA does not care about your kids.

Florida is safe for young adults. The state as a whole has a 1.4% fatality rate that is dropping on a regular basis. 265K cases since June, 165,000 under the age of 45 with 75 deaths. Do the math on that.
https://pbs.twimg.com/media/EdKkXuCU0AIakV-?format=png&name=small

Way to shine a turd.

Looked like to me he was just reporting a fact. The fatality rate in Florida has steadily declined to a point were it’s below the national average and well below the global average.

10
-13
Reply
HISWIMCOACH
Reply to  Swimmer A

That’s case fatality rate. We don’t know how many infections there have been. Many studies suggest that IFR is much lower (many estimate it at .1-.3%).

It’s a cumulative number that continues to decline in Florida. The fatality rates for June and July are less than 1%.

I disagree SWIMMER A in that it’s a 1.4% chance if have Covid that you will succumb. That also doesn’t factor in the current rate in July that is roughly .04% chance if under 45 and 1.5% if over 45.

Also I feel like I have to keep reminding you all of this. It takes officials, volunteers, parents, coaches, etc. to run a swim meet. Most of these people are not young adults, and many are at higher risk.

SWIMMER A, you shouldn’t feel obligated, your point has been made numerous times and you’ll never receive 100% support on it.

sadly, it’s always disputed. Most people don’t get it: the more you push for reopening and letting the guards down, the worse it will get

I am a practicing physician who deals with COVID on a daily basis. I am well aware of the current data and the risks involved. Some medical boards are engaging in the time-honored practice of CYA. Consider the risk of omission-the long-term consequences of sequestering, hiding and non-participation. Have you considered a world where the pursuit of excellence stops? Ponder what that would look like.

I fear that world Stu.

Go back to your quackroom. Right wing ignorance and stupidity have been on full display since March. Have we considered? Yes, we have considered. Deniers have established a track record just like swimmers have a performance chart that is easily evaluated. It is why we reject the hoax//diminish version every step of the way. Tens of thousands of precious American lives will never be able to pursue anything again because our administration was so incompetent and dishonest.

This isn’t the Democrat Underground that you usually post in. No need to call him a quack or question his profession.

There is no way a practicing physician would be using terms like, “I am well aware of the current data and the risks involved.” And then focus entirely on pursuit instead of the medical realities. You would be dealing with the decline and devastation every day. One example after another, among all age brackets. Yet you offer nothing. Not a single anecdote. Not a single word or term or focus that a physician would use. I have seen planted puppet accounts on various forums for more than 20 years, set up so pathetic others can agree with themselves. That either describes this situation or you have no business whatsoever in your profession.

You don’t know me. You just think you do. You are angry because my legitimate, first-hand experience doesn’t fit your world view. You are an ill-informed, I’ll-tempered 30-something. I suspect mediocrity is your constant companion. Good luck with that.

If you actually listened to the meeting you would know that is not what happened at all. First, the SMAC had been contributing on the task force with thoughts and recommendations. Then, the morning of the vote on the recommendations of the task force, SMAC dropped a new report in the laps of the FHSAA with several new recommendations. The FHSAA in their meeting accepted the SMAC report as information but felt members needed time to read through the report and prepare questions, especially regarding the measures for return to play. FHSAA then agreed to set a meeting for no later than this coming Monday to consider the SMAC report as an action item (that meeting has been set for… Read more »

6
0
Reply
MarkB
Reply to  Swimmer A

It’s strange to see all the medical professionals on this site who disagree with the FHSSA medical advisory board and side with the FHSSA. I didn’t know that there were that many doctors who post on SwimSwam.

The last I checked people aren’t providing a link to their LinkedIn account so we can understand their qualifications. 🙂

UofM is no longer practicing at Canham…

Another viewpoint: I have a friend who is professional lobbyist in the state of California representing the Charter School Movement. She says the teachers’ unions are hammering hard on the “fear element” to keep schools closed, and she finds their behavior despicable. Here’s an insightful article on the subject From today’s Wall Street Journal by James Freeman: Just how small is the risk for teachers returning to school classrooms this fall? The Times of London reports: “There has been no recorded case of a teacher catching the coronavirus from a pupil anywhere in the world, according to one of the government’s leading scientific advisers.” Mark Woolhouse, a leading epidemiologist and member of the government’s Sage committee, told The Times that… Read more »

Data since the beginning of the year for COVID (through July 11).
Total number of hospitalizations in the US for those under 18? 484.
Top week was only 40 hospitalizations for the entire country.
That’s out of a population of 76 million.
That’s one out of every 157,000 kids that has been hospitalized for COVID this entire year.
For ages 18-49, there has been 1 hospitalization for every 13,240 adults.

4 million have tested positive for COVID in the United States. A total of 37,052 have been hospitalized. If you contract COVID, there is a 1% chance that your case will be serious enough that you need to be sent to the hospital.

In Florida, half the related deaths have been residents of long term care facilities. For the elderly with co-morbidity a serious concern. Is there a better approach to ring fence that risk?

That quote about teacher not catching it from a pupil is suspect as all heck.