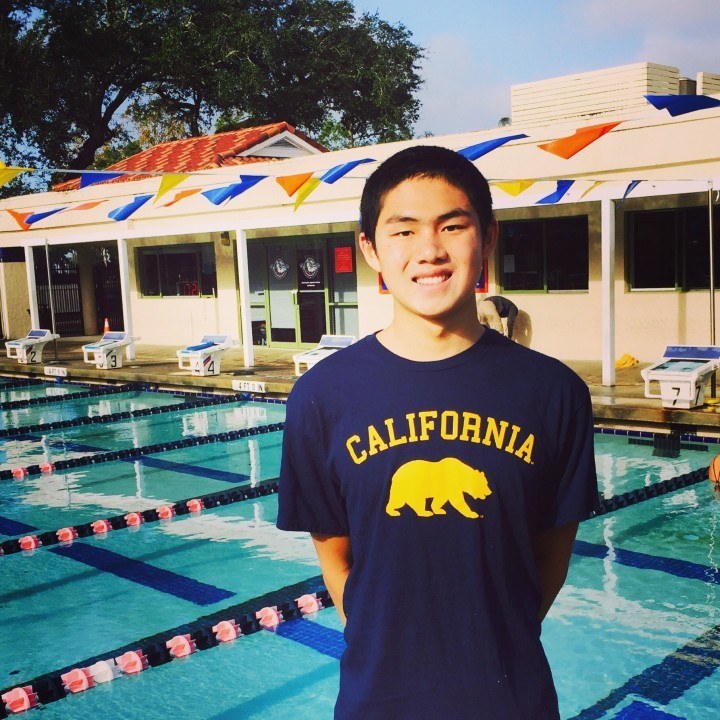 Bolles School's Andy Song An, who represented the Mexican National Team at both Junior Pan Pacs in 2014 and at Pan Ams in Toronto this past summer, has committed to Cal. Current photo via Andy Song An

“Cal has always been my dreamed school since I first came to the US. I don’t only choose Cal because of its great combination of academics and athletics, but also for its great history of family and tradition.”

Andy Song An, who represented the Mexican National Team at both Junior Pan Pacs in 2014 and at Pan Ams in Toronto this past summer, has added his name to the star-studded class of 2020 of the University of California, Berkeley. Song’s commitment is like an exclamation point to the already-stellar class consisting of:

Song was an A finalist in both the 100m and 200m backstrokes at Junior Pan Pacs, and a B finalist in the 200m back at the Pan American Games. His best times are:

When Song steps onto the Berkeley campus in the fall of 2016, he will be in one of the most elite backstroke groups anywhere, with Ryan Murphy, who will be a senior, Connor Green, a junior, David Puczkowski, a sophomore, and fellow incoming freshman Ethan Young, amongst others.

I had the privilege to coach Any Song and Andrea Vergani and in my opinion both have the potential to be representing Mexico and Italy at the highest level at the Olympics and Internationally. The versatility of both swimmers is a gift any college team once the mature physically and get more experience racing in yards. Very happy for both of them and for Cal.
#OnceABollesAlwaysABolles 😉