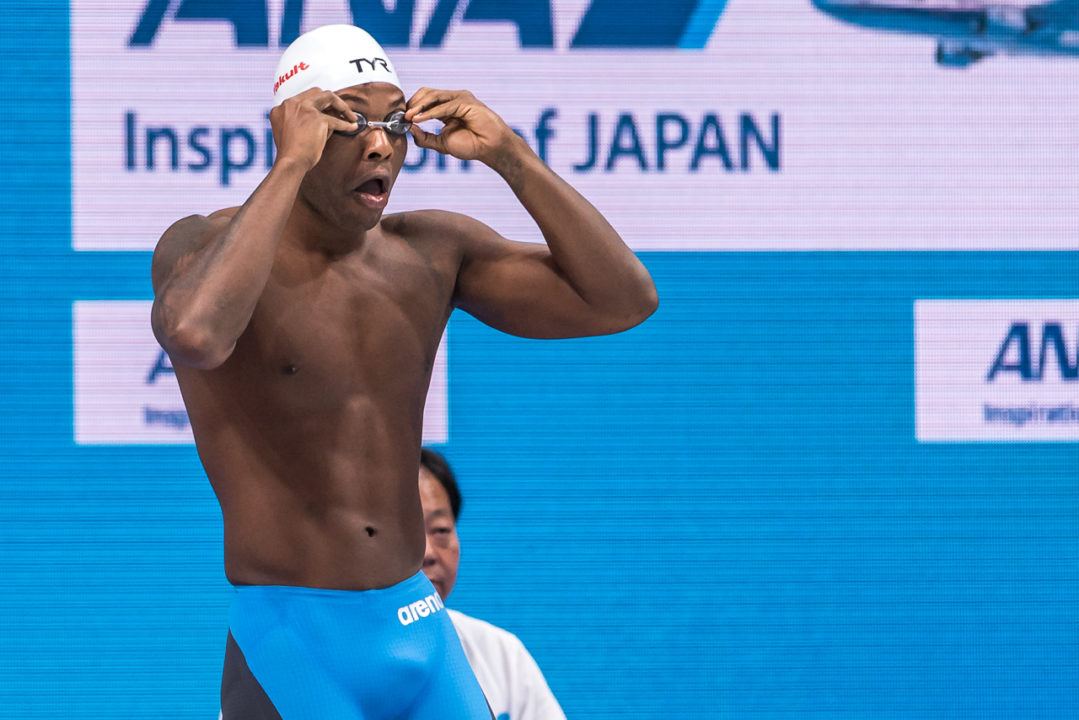 Metella had the top point-scoring swim of the day, though the women's field is much deeper this week in Chartres at the French Open Swimming Championships Archive photo via Peter Sukenik/www.petersukenik.com

A battle royale in the women’s 100 free final highlighted the first day of competition at the 2019 French Open Swimming Championships in Chartres.

The mid-week meet, which for many will serve as a stopover in route to the big-money Sette Colli this weekend, featured a deep international field of competitors race in 16 events.

With just over a month to go until the 2019 World Championships in Korea, big times are already going on the board as the summer season heats up. In the final women’s final of the day, that included a 54.17 win from Charlotte Bonnet in the women’s 100 free. Over the last 2 years, Bonnet has not only improved greatly in absolute speed, but her in-season racing has gotten quite fast as well. In 2018, for example, she was under 54 in this race 6 times at non-championship meets. That includes a 53.3 at the French Open, which last year was 2 weeks deeper into the summer.

Bonnet was followed to the finish by Dutch veteran Femke Heemskerk in 54.19, her French peer Beryl Gastaldello in 54.32, another Dutch sprint veteran Ranomi Kromowidjojo in 54.70, and the youngest of the elite French sprint contingent Marie Wattel in 54.74. Heemskerk was the fastest to the turn – not usually her style – opening in a fast-for-her 26.10.

While the men’s field overall wasn’t nearly as deep as the women’s on day 1, there were a few singular standout performances – led by a 51.44 in the men’s 100 fly from France’s Mehdy Metella. That’s already almost-as-fast as he swam at the 2018 European Championships, where he took silver in this event.

Gonna be one of the best races this year

No Manaudou at this meet?