Meehan: Pac-12 Victory Had “A Little Different Feel” This Time Around (Video) 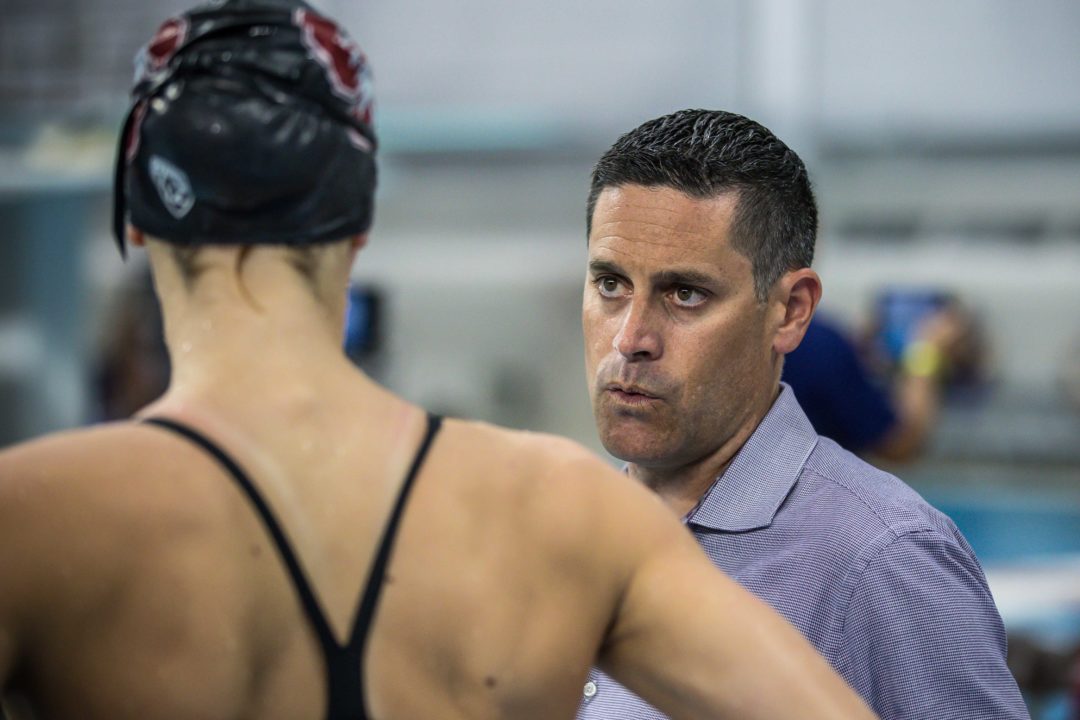 After leading Stanford to its fourth consecutive Women's Pac-12 title, Greg Meehan discussed how this one felt different than the others. Archive photo via Jack Spitser/Spitser Photography

Stanford head coach Greg Meehan led the Cardinal to their fourth consecutive Women’s Pac-12 title over the weekend in Federal Way, doing so with only first-time champions.

This was possible large in part due to the fact that they were without many of their big stars from past seasons, including Katie Ledecky, Simone Manuel and Ella Eastin.

“It definitely has a little different feel than it’s had the last three, four, five years,” Meehan said in an on-deck interview post-meet. “But at the same time, you know, our job is still the same, and that’s to come to this meet and be the best version of ourselves to compete for a Pac-12 title. And ultimately, kind of take that next step in the season and get ready for the NCAA Championships.”

Meehan saw his team get progressively better throughout the meet, indicative of the fact many came in unrested, which is a positive sign heading into the end of the season.

“A good portion of our crew came into this meet with not a lot of rest, and so I think that’s pretty clear by just how we got better as the meet went on,” he said. “We weren’t real good the first day and a half, and then yesterday morning, yesterday night, and all day today, just kind of getting better and better as the meet goes on. So pretty excited about that.”

Meehan also discussed his gameplan for the Cardinal as they gear up for NCAAs in two and a half weeks, and how he’s been juggling his duties with Stanford and his role as the US Women’s Olympic Head Coach this summer. You can watch the full interview via Pac-12 Network on YouTube, below.