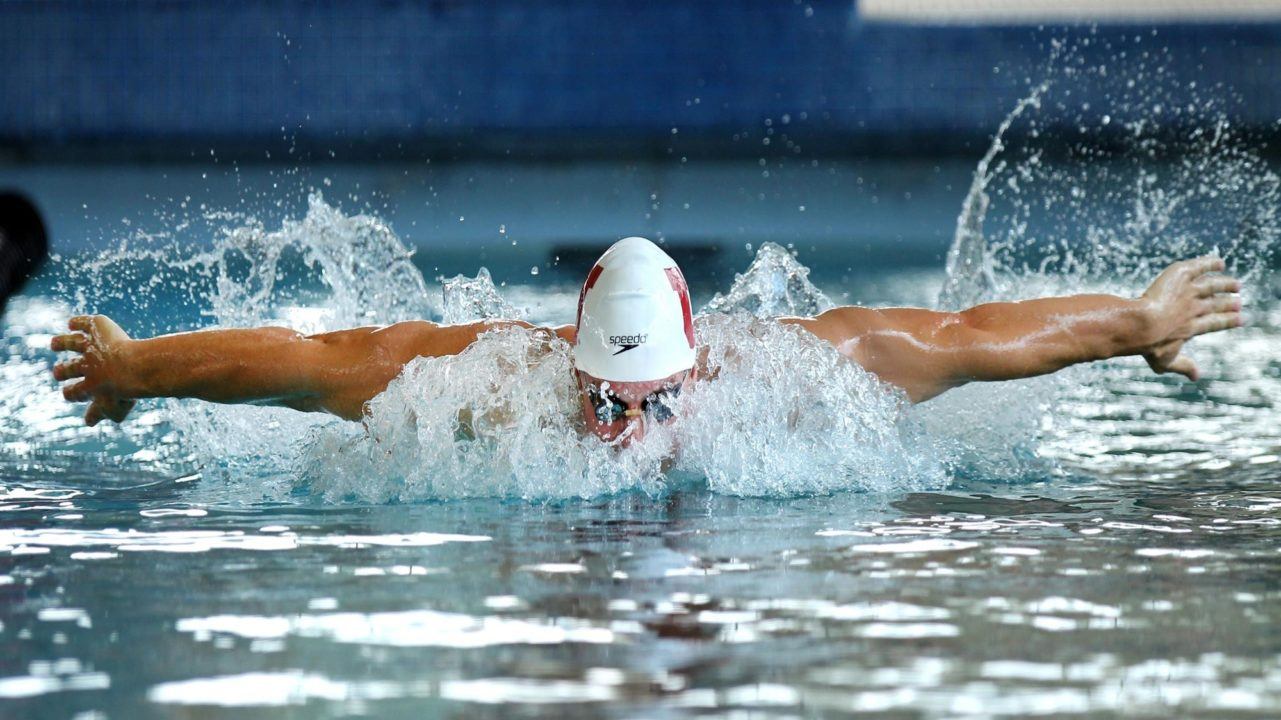 The Utah Utes broke 3 new school records Saturday night at the Minnesota Invite, led by Daniel McArthur's 1:41.38 in the 200 backstroke. Current photo via University of Utah

The third and final day of swimming competition at the 2018 Minnesota Invite belonged almost exclusively to the Utah Utes, who won 11 out of 12 events and claimed new school records in three of them. Audrey Reimer broke the school record in prelims of the 200 back with a 1:56.36, but it was short-lived as her teammate Sarah Lott usurped her with a 1:55.59 in finals. In the men’s 200 back, Daniel McArthur continued his record-breaking weekend with a a school record 1:41.38 in the 200 back – a lifetime best by 3 tenths of a second from the 2017 Pac-12 Championships. To wrap things up, the Utah quartet of Felix Chiun, Rodolfo Moreira, Clay Stoddard, and Austin Phillips put an exclamation point on the meet with a 2:52.60 in the 400 free relay – a new school record and dipping below the NCAA provisional time standard of 2:52.72 (the automatic time standard is 2:51.39).

The only non-Utah victory of the day came from Minnesota’s star freshman Max McHugh in the 200 breaststroke. McHugh followed up his 52.14 in the 100 breast on Friday with a 1:56.19 in the 200 on Saturday. That performance is well off of the 1:54.20 he swam several weeks ago at the ACC/Big 10 Challenge and his lifetime best of 1:53.59 swam at last April’s YMCA Nationals.