An Open Letter Commending the USOC 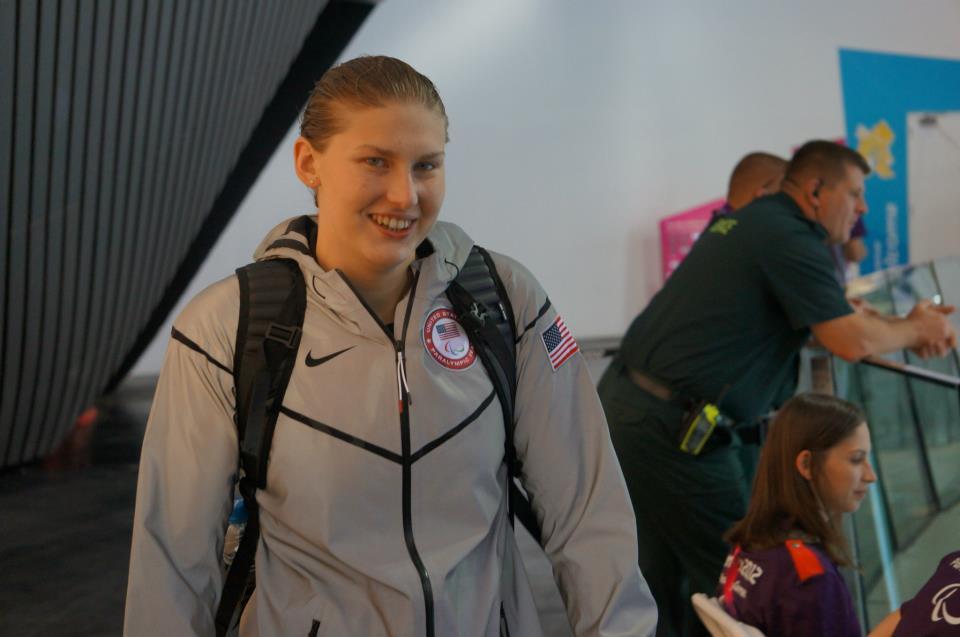 In delivering the message that Paralympic medalists are to be awarded at the same level as Olympic medalists, treating Paralympians as equals, the USOC has taken a crucial step to shift the perspective on the Paralympic movement in the United States. This is a win for all disabled people in America. Current photo via Courtesy: Suzanne Scott

With two weeks remaining, the community has nearly reached its goal of $50,000. All funds go to the UNC Lineberger Cancer Center.

I’ll admit it has taken more than two months for it to sink in and find words to express my deepest gratitude towards the USOC for taking this important step in raising the Paralympic Medal Payout. While as a retired athlete, I won’t be benefitting from this financially, I consider this a win—not just for the future Paralympic medalists. In delivering the message that Paralympic medalists are to be awarded at the same level as Olympic medalists, treating Paralympians as equals, the USOC has taken a crucial step to shift the perspective on the Paralympic movement in the United States. This is a win for all disabled people in America.

My former teammate, Tom Miazga said it best.
“September 21st, 2018. The day Paralympic athletes became equals in the United States,” Paralympic swimmer Tom Miazga wrote on Facebook. “All the commitment, dedication, and sacrifices a Paralympic athlete must demonstrate to be the best are finally being recognized as a feat of superhuman talent, regardless of the physical hurdles they must endure.”

For decades, we have been told that the “para” in Paralympics means parallel, or equal, and for decades, the underlying messages we receive is that we are not. We receive these messages with the lack of education the general public has regarding the movement—the blank stares or worse, visibly disappointed looks during conversations when new acquaintances find out we are not a “real” Olympian. We also receive messages when the number of hours of Olympics shown on television in America is more than double the amount of the coverage as the Paralympics.

As a society, we have a long way to go before reaching true equality for all minorities. In the Paralympic sport world, I recognize that this step may not eliminate other issues the sport faces. However, this is an important step in the right direction and for that, I commend the USOC.

As a two-time Paralympian (2008 and 2012), I was incredibly grateful for the support I received from the USOC during my swimming career, but even still, it has always been impossible not to notice the disparities between how Olympians and Paralympians are treated by the general public, even in modern society. By taking this important step, the benefits are not only monetary. The USOC has not only committed to more money for future Paralympic medalists. The USOC is helping to redeem the very identity of the Paralympic movement in the United States. I want to be clear in making the distinction that the identity of any individual—Paralympian or not, disabled or not—is not affected by this decision. Individuals with disabilities don’t need their identities to be “redeemed” by others. We know who we are and that we are deserving of a chance to showcase our talents—I’m thankful the USOC has embraced this, as well.

Suzanne Scott, known as ‘SB’ around the pool deck, is a two time Paralympian (2008 and 2012) and four time Paralympic medalist (Bronze in S10 400 free in both 2008 and 2012, Bronze in Women’s 34 point medley relay in 2012, and Silver in Women’s 34 point freestyle relay in 2012). She moved to Colorado Springs to train on the Olympic Training Center’s Resident Team while still in high school, and enjoyed living there so much, she stayed after retiring from swimming competitively in 2014. Suzanne is passionate about spreading awareness of the Paralympic movement and an advocate for increasing access to youth sports and recreation, regardless of one’s ability. Suzanne has a Bachelor’s degree in Communication, and in her spare time, can be found reading, enjoying coffee with friends, or spending time outside.

Look to our neighbors to the north. They hold their Paralympic Trials and Olympic Trials together at the same meet as One Team. Would love to see that approach for Team USA in 2020! Just benchmark what Canada has successfully done. R-E-S-P-E-C-T

Julie it’s an interesting thought. There’s a few logistical issues that I think keep that from happening, but here’s what really strikes me: when I talk to para swimmers, it’s pretty split as to whether they want that or not. Most of them are against combining the Olympic Games and Paralympic Games, and trials it’s more split. The idea is that they feel that what they’re doing as athletes is legitimate enough to not need the Olympics or Olympic trials to legitimize them.

I don’t know that I’ve ever talked to an athlete who said they felt disrespected by them being separated. I’m sure some feel that way, but I’ve never had one say it to me.

Combining Olympic/Paralympic trials just gives the Paralympic swimmers further exposure on a national scale, they still have the spotlight at the Paralympic games, but seperate trials would go almost unreported.

What is truly interesting is that some of the countries that are just rampantly exploiting the Paralympics now have para-athletes who could final at their home country’s Olympic trials – Ukraine for example. The Paralympics is a noble movement without noble leadership. It will take courage to salvage the movement. It will take admitting to mistakes. The athletes of the Paralympics deserve so much better.

Couldn’t agree more – ‘noble movement without noble leadership’. That describes them perfectly, just look at what they have allowed the Australians to do to the movement. They will never admit that Lakeisha Patterson was a huge mistake – their huge mistake!

Amazing article S-B! As a retired Paralymic swimmer myself this is fantastic step in the right direction. Really hope other NPC’s take this same step, to support the Paralympic movement!