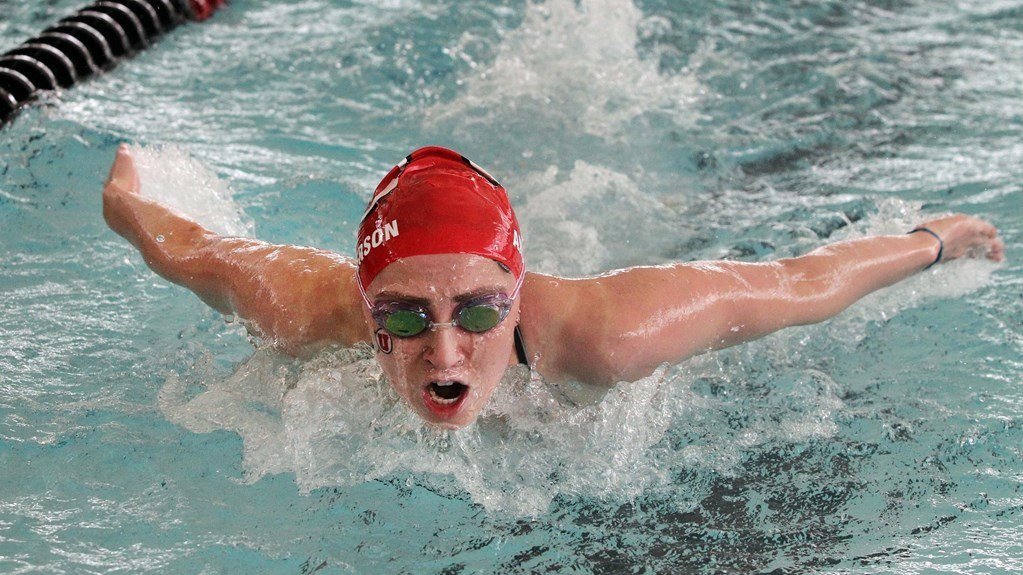 Jordan Anderson smoked her own personal best in the 200 IM to break the school record in the event in Minneapolis.

Since losing its status as a Grand Prix meet, the Minnesota Invite has lost a lot of the flavor that used to make it a premier November invite. That is even more emphatic this year, where the host Gophers actually had their primary invite, the Hawkeye Invitational, 2 weeks ago. The highlight for the home team should be star freshman Max McHugh in the 100 breaststroke on Friday, which the school’s press release indicated should be happening.

The meet’s primary backdrop this year is to give a few Gophers extra swims in secondary events that they didn’t get to race at their primary invite, as a mid-season test for swimmers who weren’t on the travel squad, and to continue to provide racing opportunities for other local college teams and select club swimmers in a prime-time pool.

A few west-coast teams came in for the meet this year, however, led by the Utah Utes, which means the meet still has a little flair to it. The Utes dominated the first day of racing. Their status as front-runners was best highlighted in races like the men’s 500 free, where the entire A-final was made up of Utes (led by Rahiti De Vos, who won in 4:21.79). Most of the meet looked like this – more of a Utah intrasquad in the A-finals than an invite – but there were a few noteworthy interludes.

Chief among them: Minnesota junior Tevyn Waddell, who ranks 2nd in the Big Ten this season in the 100 and 200 backstroke, swam a 4:45.42 to win the women’s 500 free ahead of Utah’s Sara McClendon (4:47.19). That’s Waddell’s first swim of that event as a collegian, and a 7-second improvement over her previous lifetime best, set in 2015. The time ranks 11th in the Big Ten this season.