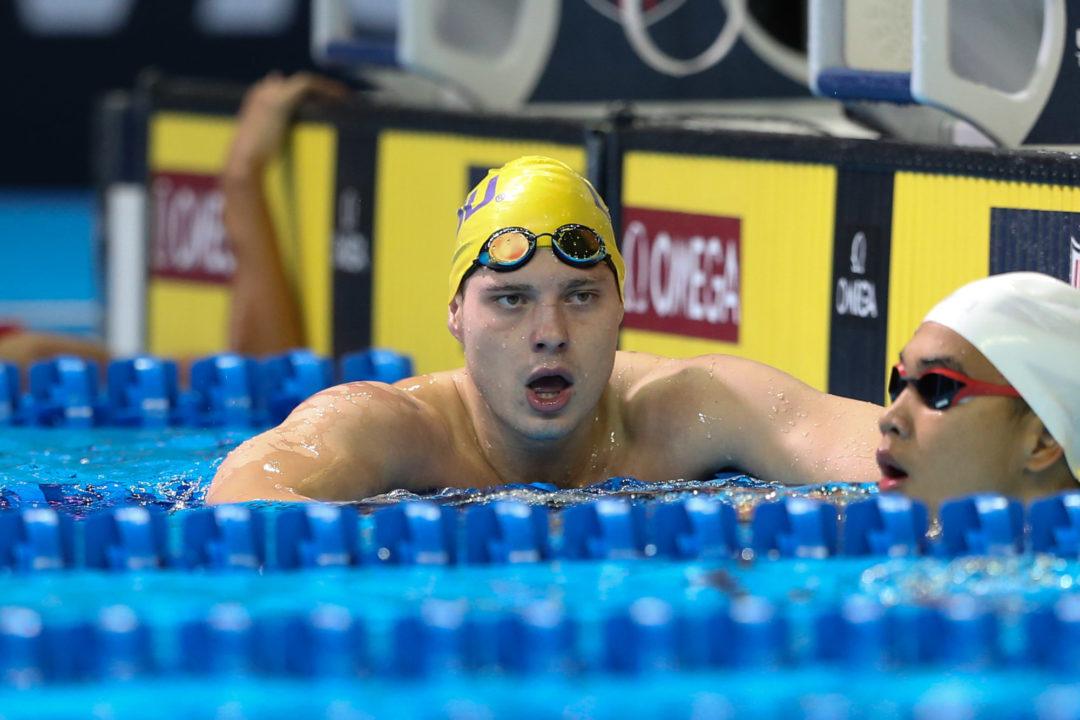 LSU swimmer Matt Klotz broke the deaf world record in the 50-meter backstroke to open the 2017 Deaflympics in Samsun, Turkey, garnering the first gold medal for Team USA at this year’s Games.

Klotz touched the wall at 26.26 to best the previous record of 27.05 by Russia’s Igor Zhuravlev, who placed second in the event.

“I’m happy for Matt to gain a new deaf world record. He has a lot of racing left, so to get one that he didn’t previously have is a great start to the meet and hopefully implies that he has some great racing ahead of him,” said head swimming coach Dave Geyer.

Klotz, who is competing in his second Deaflympics, compiled eight top-10 finishes in 14 events at the 2013 Sofia Games in Bulgaria, earning two gold medals in the 100 and 200-meter backstroke and the bronze in the 400-meter individual medley.

The Cameron Park, California, native also holds both world records and Deaflympics records in the 100 and 200-meter backstroke and was voted as the 2013 USA Deaf Sports Male Athlete of the Year.

This past season for LSU, Klotz clocked the ninth-fastest time in program history in the 100-yard backstroke with a finish at 48.07 in the Art Adamson Invitational.

sierra marlins on a tear