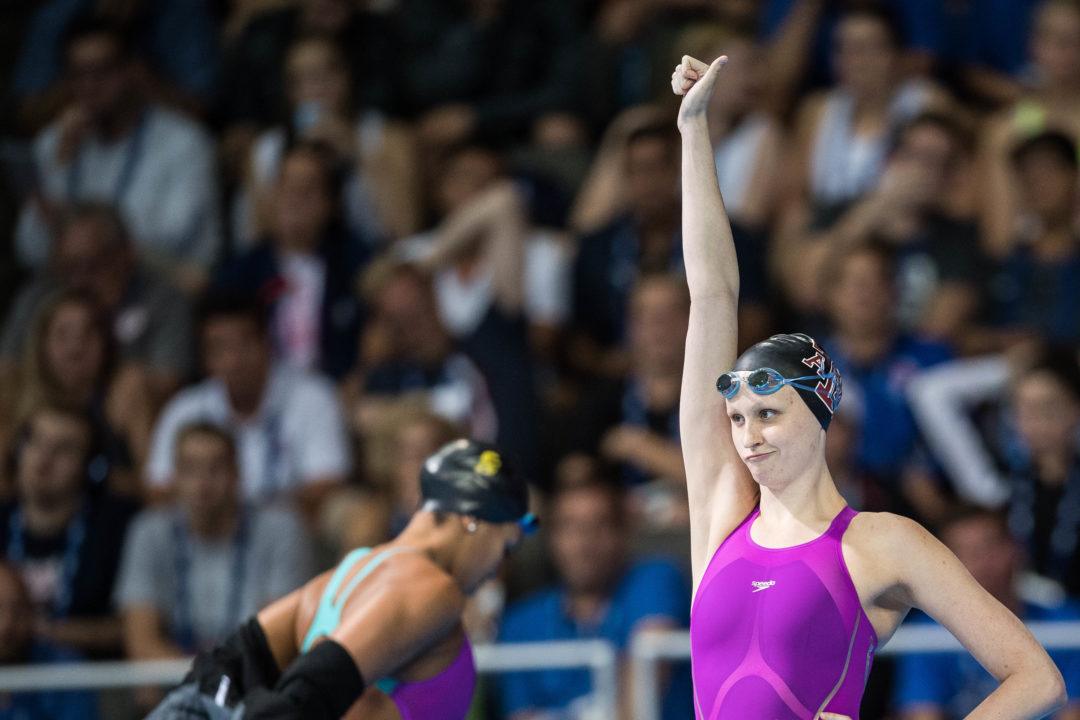 She is the first Aggie in any sport to win this award since Kip Corrington in 1987.

“It’s a great time to be an Aggie!” Gibson said. “Every practice, homework assignment and team experience at Texas A&M is truly making my dreams come true. It is unimaginable that I have had the opportunity to be chosen for this award, graduate with honors, and represent my country at the FINA World Championships within a few short months.  I can only thank the long list of people – be they friends, teammates, coaches, professors, or support staff – whose efforts have propelled me forward.”

The award is based on a combination of academic and athletic contributions, and Gibson has both in spades. She has a perfect 4.00 GPA as a biomedical engineering major in the classroom, and in the pool was the 2017 SEC Swimmer of the Championship and is a member of the USA Swimming National Team.

In total, she has 5 SEC individual titles, 15 NCAA All-American titles, and is the Texas A&M school record holder in the 200 free, 100 fly, 400 free relay, 800 free relay, 200 medley relay, and 400 medley relay. Individually, she was 4th in the 100 fly and 7th in the 200 fly at last year’s NCAA Championships. She’s currently in Budapest making final preparations for the long course World Championships, where she will swim the 50 fly, 100 fly, and probably the 400 medley relay.

She is a 3-time CSCAA Scholar All-American, a two-time Texas A&M Scholar-Athlete of the Year, and Texas A&M’s nominee for NCAA Woman of the Year.