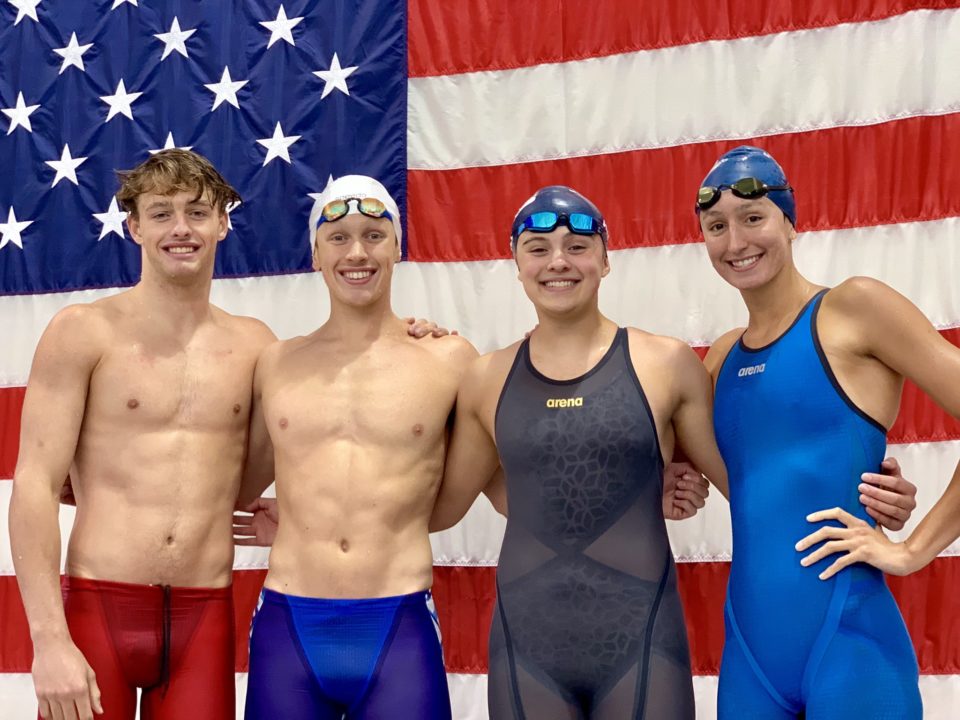 19-year-old Yang Junxuan broke her own 200 free Asian Record during day four’s finals session of the Chinese Olympic Trials by .13.

After clearing the 15-18 and 17-18 records in the boys’ 800 meter free relay on Thursday, the Manta Rays have now taken out the 15-18 National Age Group Record in the 200 meter mixed medley relay. The group of Adam Chaney, Jake Foster, Hannah Hill, and Cora Dupré combined for a 1:47.96 in the race, which annihilated the old record of 1:50.91 that was set by another Ohio relay, the Canton City Schools team, almost 2 months ago. Canton didn’t swim in Saturday’s race.

USA Swimming first started recognizing National Age Group Records in mixed relays this season, and have set up benchmark standards to be anointed with the official first record in each event.

Adam with the hoverhand of the century.

I’ve got them now.

As to the 200 mixed medley relay, according to College Swimming, Chaney’s split is 27.30, while Jake Foster’s is 27.69. What a coincidence that the two versions’ total time is equal. I wonder which one is correct.