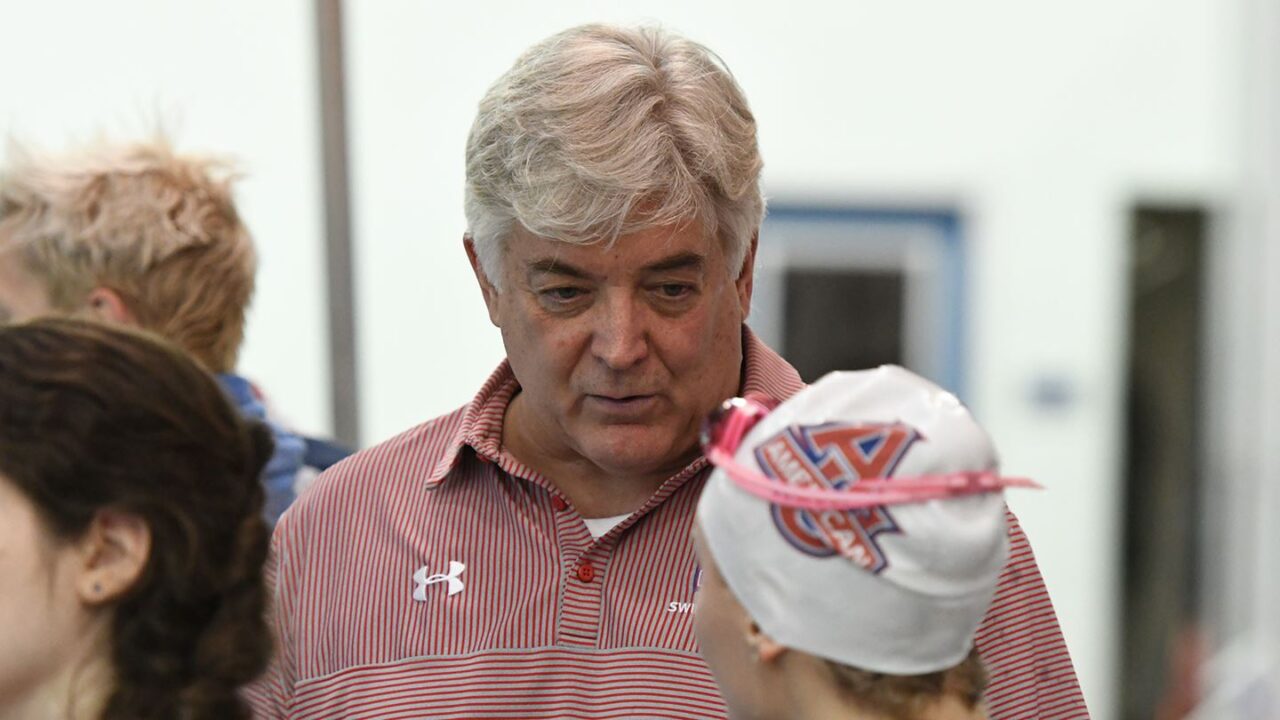 In May of 2021, shortly after the conclusion of their 2020-2021 season, American University announced that the previous head coach, Mark Davin, would be departing from their swim program. The school has promoted the program’s former assistant coach, Garland Bartlett, to serve as the new interim head coach.

The University has yet to release any information regarding the reasons behind the coaching change or the circumstances surrounding Davin’s departure from the program. Davin finished out the 2020-2021 season with the Eagles at the Patriot League Challenge Meet in mid-April, and the athletic department announced that Davin would no longer be with the program on April 27th.

The 2020-2021 season marked ex-head coach Mark Davin’s 25th season with the American University swimming and diving program. Their website remains complimentary of Davin on his team bio page. They claim that Davin “epitomizes the American University ideal of building a program to attract and support student-athletes who personify both the student and athlete parts of that term.”

Throughout Davin’s time with the Eagle’s program, 115 individual and relay conference titles were earned by American University swimmers and divers. The university competes in the Patriot League, where it has maintained membership since the 2001-2002 season.

Also during his tenure, 331 athletes were named to the Patriot League Academic Honor Roll. For seven semesters, Davin’s athletes achieved the highest possible honors, earning their team the honors of having the highest team GPA over all other NCAA Division I swimming and diving programs. These accomplishments reflect Davin’s commitment to the “development of the complete student-athlete.”

Although the university has not yet responded to a request for commented on the specifics of the coaching change thus far, they released a short statement from athletic director Dr. Billy Walker regarding the decision:

“‘We thank Mark for his long time commitment and many contributions to our Men’s and Women’s Swimming & Diving programs… Mark has led American University Swimming and Diving to many successes. We certainly wish him well in his future endeavors.”

Prior to landing her new position, Garland Bartlett served as an assistant coach with the program under Davin. She was first hired before the 2016-2017 season, and has worked continuously with the program since then. The team’s website specifies that while Bartlett “works with all aspects of the Eagles’ swimming and diving program,” she specializes in distance freestyle events.

During her personal swimming career Bartlett similarly specialized in the distance freestyle events. She swam collegiately for Franklin & Marshall College. Bartlett graduated from Franklin and Marshall in 2012 with a degree in American Studies. Before her tenure with the American University swimming program, she spent one season as an assistant coach with The College of New Jersey, two seasons with Trinity College, and one season with Middlebury College. She came to American after her time at Middlebury. While there, she supported the program in qualifying four swimmers for the NCAA Division III championships.

The Eagle’s past season almost ended prematurely after the Patriot League Championships, set to run from April 21st to April 24th, were cancelled. Instead of the originally planned championship, Bucknell University elected to host a tri-meet including their program, the American University swimming and diving teams, and Loyola Maryland’s program.

Many all-time top-16 times were posted during the Patriot League Challenge meet, which would become Mark Davin’s last meet as head coach of the American University swim team. A few school records were broken on the women’s side, including Mimi Watt’s new 200 fly record of 1:59.71, 100 fly record of 53.71, and 50 free record of 23.15. Several women and men clocked times ranking among the best in program history. However, both teams took third place in the tri-meet.

I coached there for a year. Great coach who had a tough time getting the same talent after they lost their scholarships.

BTW he announced on Facebook a few weeks ago that he is retiring. Poor reporting here with the implication that there was something untoward.

I swam at their pool for club swimming, and he popped in a few times. Very nice and helpful guy, and hope he enjoys his retirement!

maybe some truth to the “implication”…

maybe a little truth to that “implication”…

You came here looking for a fight. There’s no implication of anything untoward.

I came looking for no fight. The story was written in a way that implied something happened — “The University has yet to release any information regarding the reasons behind the coaching change or the circumstances surrounding Davin’s departure from the program”

He retired. The author was too lazy to inquire properly. I havent spoken with Davin in years, but it was posted on facebook. It didn’t take a lot of looking.

There IS more to it than him just retiring. You may have coached at AU for one year but as someone who swam there for four, it was past his time to go.

I don’t want anyone to assume there were any SafeSport violations, but his comments to swimmers, actions on deck, and general interest in actually coaching ended his career.

Not trying to drag the man through the muck. He was a great coach for me. But it was high time the program move on with a coach who wants to be there.

I know absolutely nothing about the situation, so I’m not trying to imply anything — but sometimes people “retire” b/c they are nudged. Just because he announced his retirement doesn’t mean anything.

1) I just pulled up his Facebook page and didn’t see anything
2) Why wouldn’t the school say he was retiring?
3) My favorite irony is that nobody was talking about anything negative until you came running in with your fabricated “implications,” and now you’ve opened the door for people to share that it perhaps wasn’t 100% his personal choice. I can’t stop laughing at how this is playing out for you. You are literally the s*** starter here, not the author, and you can’t even see that. ☠☠☠☠

To quote the generational poet Lil’ John: “Don’t start no stuff, won’t be no stuff.”

And a little surprised that alum Mark Liscinsky, lead assistant at Navy, wasn’t offered the job.

They haven’t announced the new head coach hire yet, Bartlett is just interim head for now

But, as we already know, DIIIer came to these comments looking for fights. So he’s going to start setting little fires until he gets the brawl he wants.

NAVY asst is a better job than AU head coach

Definitely around retirement age and period in his career. Hopefully this article gets rewritten in a more positive light if nothing comes up.

Just here for the anonymous sources.

“after he finished the season at the Patriot League Challenge Meet”

hmmmm not quite. my man left well before that 🤥 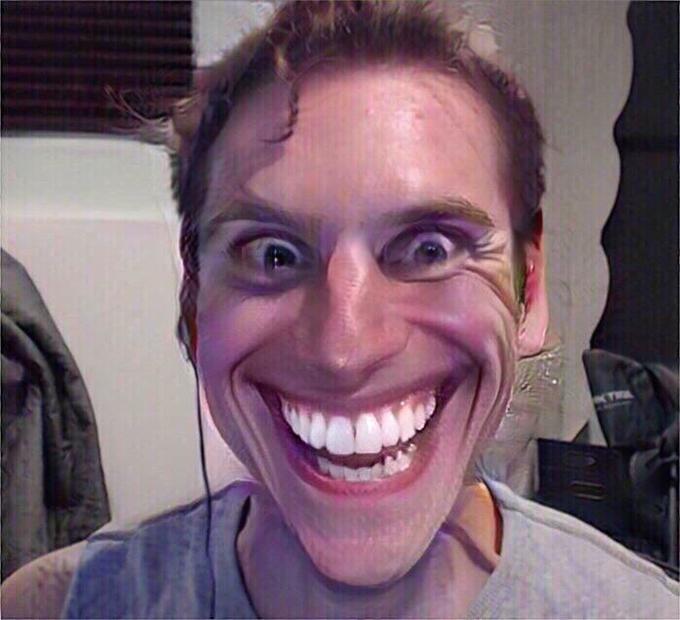 came into this thread for info on coaching change, got this meme instead. swimswam comments truly are the gift that keeps on giving.

When the coaching change is sus.

chatter on the street is lil swimmy has insider info…

Knew & watched Coach Mark D. for years from his Arizona days. Class act, great coach who cared about his swimmers as people. Did a great deal with little financial & scholarship support. Enjoy retirement!

Ditto. And you have always been a class act as well, Tim.