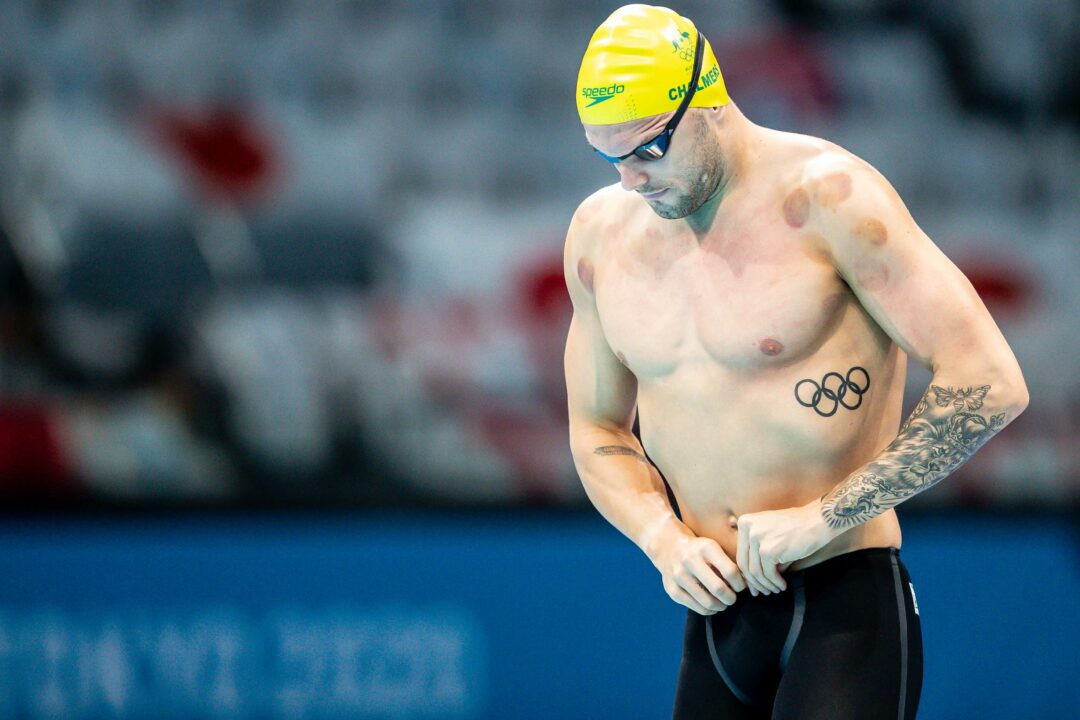 Olympian Kyle Chalmers may not be competing at this year's World Championships, as the meet is optional for top-tier Swimming Australia athletes. Archive photo via Jack Spitser/Spitser Photography

In 2017, Swimming Australia announced it would be adopting a radically different model to Olympic qualification, moving its sole Trials selection meet to sit just weeks out of the main event instead of several months.

Taylor explained the mentality of the sweeping changes to News Corp this week, “We‘re working backwards from Paris. So, what does each athlete need to do to be at their best for Paris? Do they need to take their time and build up slowly? Or do they need to be racing a lot of competitions?

“That’s where the individuality of it comes in and that’s what we’re trying to do here.

“For some older swimmers who are looking to extend themselves to Paris, the slower approach may suit them but for the young up and comers, they‘ll all want to be at worlds so it gives opportunities to everyone.”

Translating this philosophy into action means that Talor is allowing Australia’s top-tier athletes to bypass this year’s World Championships if they choose to do so. That may mean we’ll be void of potential rematches to the tune of Americans Caeleb Dressel and Katie Ledecky versus Kyle Chalmers and Ariarne Titmus in their respective events of the men’s 100m and women’s 400m freestyle.

Says Taylor of giving elites the option of forgoing Fukuoka, “[The athletes] will still have an opportunity to go to the Comm Games but they won’t have to rush back and try to push themselves.

“By doing this, we’ll open up opportunities for others to jump in and get positions but more importantly, we’ll get more racing opportunities under pressure.” (News Corp)

This year’s FINA World Championships are on the books for May 13th through May 29th in Fukuoka, Japan. The 2022 Commonwealth Games in Birmingham, England has the swimming competition slated for July 29th through August 3rd.

For the World Championships squad, Swimming Australia is holding its selection Trials in early April in Adelaide, South Australia, with the top two finishers from each event earning automatic qualification.

However, in the past, Australia has set its own qualification times which, in most cases, were faster than the FINA ‘A’ time standards. The nation wasn’t alone in this practice, as Great Britain and Japan are both notorious for setting super quick qualification times that, in a handful of events, would require been beating the national record to achieve.

For the 2022 FINA World Championships, Australia is instead sticking to the FINA ‘A’ qualifying times outright.

However, additional slots, where 3 athletes are allowed per nation for the Commonwealth Games, will be filled via times produced at the World Championships, Sydney Open or the Monaco stop of the Mare Nostrum Series.

As such, Swimming Australia has laid out the following high-level racing schedule for the current Olympic cycle.

I feel for all elite swimmers, they try to peak a few times a year, to make a major meet then compete in it. They were all preparing to peak in 2020 but that got interrupted, which added mental strain on them. I think peaking for two majors in one year is tough. If they turn up underdone they get beaten or swim below their best, then their confidence takes a hit. Not a bad decision to focus on one event. CW for us Aussies is a bit of a tradition, we know it’s not a world class event but we like the flood of medals. It’s like a local party.

Honestly. They want to focus on comm games because they have a chance to do something big. They won 28 golds in 2018 and with covid post-poning everything, World’s is happening in 2023 as well. Because comm games is viewed like a mini Olympics just without the US, it would bring a lot more exposure. 2019 world’s weren’t even streamed in Aus and only swimming/aquatic fans know they are on.

Depending on what priority CAN chooses to give CG; there will be some closely contested events at CG …. and indeed some where various Brits apply a very firm boot to AUS hindquarters but the devolution of GBR into smaller national entities will most likely see most if not all relays go AUS way. However, is it a particularly good look strutting around like you’re the greatest thing since canned beer …… when you’ve “ducked” racing the real competition ?

Taking time out, and indeed an extended break is fine and in some cases advisable where there are legitimate health/injury issues in question and I have absolutely 0 issue with those who decide to essentially sit out 2022 but… Read more »

One would have to assume Swimming AUS has struck a sweetheart deal with Sports AUS with regards to the “benchmark meet” of the year (on which funding is calculated, usually World Champs for most sports) …… or otherwise they’re shooting themselves in the foot.

Arguments that CG are more commercially viable with regards to parlaying a meaningful commercial sponsorship no longer really hold water; 2006 was probably the last time this was true; any such deals they may get leading into/post CG are likely to be transient. I am certainly no longer a fan of CG, nor do I see them as being sustainable given they’re battling to find willing host cities going forward however they CAN serve the purpose… Read more »

In another major change, it can be revealed that Swimming Australia has also agreed to scrap its old ruthless policy and follow the official qualifying standards after being criticised in the past for imposing its own tougher benchmarks that not even the US used.

This seems more like they’re reverting back to FINA QTs for more than just this year.

Its primarily been Olympics rather than Worlds there the QTs have been considered tough but the reality is that they have not been “across the board”. In some events, especially those where AUS is not strong, those QTs have been FINA A or only incrementally tougher.

In events where the current standard/depth IS such that the FINA A is a relative doddle, then I see nothing wrong with harder QTs. To my mind, make these judgements on an event by event basis.

As for having additional “selection consideration” events for this year and next year; I’m OK with giving it a trial and see how it works out.

I don’t think the trials only 5 weeks before Olympics does many favours for the longer event swimmers, especially the males. Tapering is tough only 5 weeks later

Rohan Taylor mentioned this problem in a podcast. Having a separate qualifying meet for 800 and 1500 earlier in the year wouldn’t work well for those that also swim the 400.

This may/may not have some credence but were they doing better under the old …. and failed methods of having to peak twice (April then Jul/Aug) ?

Unless the likes of Short and/or someone else can make major strides; AUS is a non factor in M1500 and I see McLouglin being optimised at 400; likewise with Neill as 200/400.

No system is perfect but the cost/benefit analysis going off Tokyo has to read strongly in the benefits column.

agreed on that. Your point about a junior team would be good especially since australia is not sending a team to junior worlds this year. I could get on board with a team weighted towards those who make a trials final but miss the team (a team makeup similar to WUG), and those who could medal at junior worlds (going from times at national age/trials). Maybe allocate 1 spot per individual event, along with some relay only spots, to swimmers from the worlds team

I thought that was only the case when junior worlds was happening in 2021? Have they said it’ll also apply to 2022?

My view is that CG team should be:

This decision seems to be about not interrupting the usual flow of peak meets heading into Paris but then FINA’s gone and given Worlds to Qatar in November next year thus ruining their plan to peak in July each year heading into Paris anyway.

I don’t agree with giving priority to the CG’s but dropping those ridiculous, arbitrary qualification times and going back to the FINA ‘A’ cuts is a good thing. The problem is that in the year after an Olympic year too many athletes take long lay-offs or skip the WC’ altogether. I’ve always maintained it would be a better event with greater prestige if it was held every four years.

Comm Games is one royal down .

Time to deport Andrew to Oz

Can kind of see where Australia is coming from with their decision to not focus on worlds due to how many international competitions there will be this year for them. Wouldn’t they have com games, worlds LC, worlds SC (although not a focus for most of the top Aussies), Pan pacs, as well as swimming Australia being aware of the fact many of their swimmers will want to do ISL

Pan Pacs is cancelled. But yes, still a busy schedule.