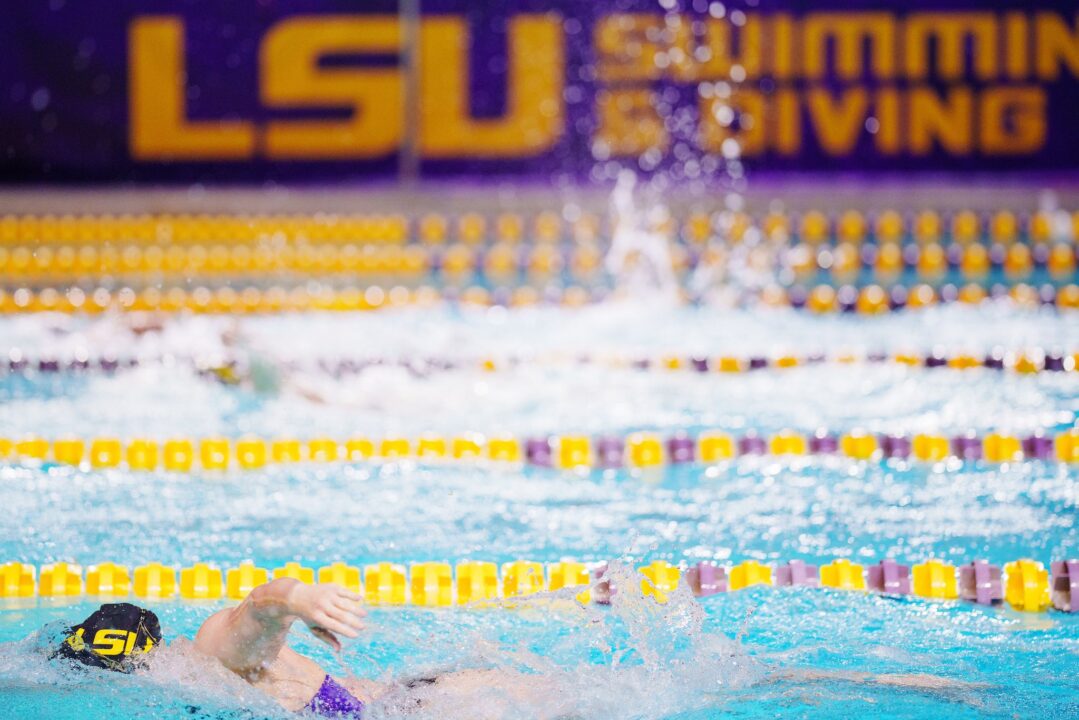 Hannah Womer won the women’s 200 IM for LSU, clocking a 2:02.61. She established a big early lead on fly, then expanded that lead through the back and breast 50s.

LSU’s Brooks Curry was the bright spot for the Tigers’ men’s team, sweeping the men’s sprint free events. Curry won the men’s 50 free in 19.57, finishing as the only swimmer in the field under 20 seconds. He then went on to win the 100 free in 43.61, touching first by nearly a full second.

Baravelli would go on from the relay to sweep the men’s breaststroke events. In the 100 breast, Baravelli swam a 54.18. He then won the 200 breast in 1:58.29, touching first by over four seconds.

Varjarsi went on to win the men’s 200 IM, swimming a 1:48.51 to touch first by well over two seconds. He established his lead fully on the breaststroke leg, leaving no doubt he would win the race as he turned for freestyle.

Carlos Vasquez (Florida State) won the men’s 200 fly in a photo finish with LSU’s Gavin Rogers. Rogers held a slim lead at the 100 mark, then Vasquez inched ahead on the third 50. Vasquez was able to hold onto the lead by the narrowest of margins on the final lap, finishing in 1:49.84 to Rogers’ 1:49.85.