6 Stories to Watch, All The Links You Need For The 2014 Pan Pacific Championships 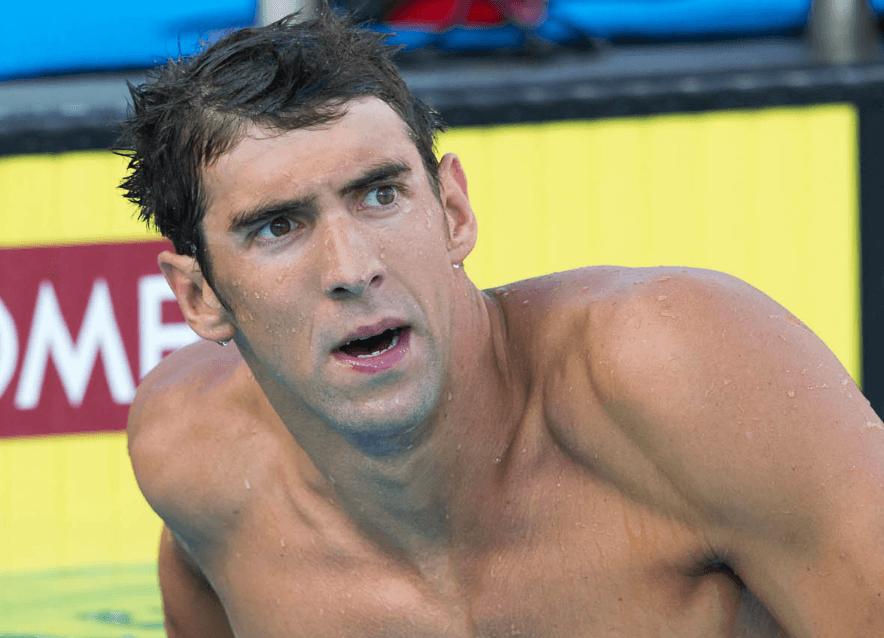 Michael Phelps makes his return to international competition in Australia this week. Get the scoop on what to watch for at the Pan Pacific Championships here. Archive photo via Tim Binning/TheSwimPictures.com

Simone Manuel and Katie Ledecky will be Stanford superheroes in time. One swimmer wields lightning, the other is an endurance assassin. Women’s college swimming has great years ahead.

Taylor McKeown, Ranked 4th in the World: “This is the best year of my career”

Cate Campbell won the women’s 50 freestyle at Pan Pacs with her time of 23.96.

Canada– Canadians will be able to view a daily broadcast on Sportsnet One at 8:00-8:30 pm ET.

This year’s Pan Pacific Championships in Gold Coast, Australia will be one to remember as there are multiple key performances that will be remembered in swimming history.

The big storyline here is Michael Phelps‘ return to international competition as he’s entered in a few events here, including the 100m fly where he’s currently ranked first in the world, that will shape how the rest of the competition views him as he attempts to comeback after coming out of retirement following the London Olympics.

The freestyle sprint battles should be intense as the Australian sprinters are some of the fastest in the world with the likes of Cameron McEvoy and James Magnussen. Nathan Adrian of the United States will have his hands full with the Australian men, and the American team will also be contending with them in the 4x100m freestyle relay.

The relay is very important on the international scene as it shows the true depth of swimming in that country. The Australians and the Americans should be battling it out, neither team wanted to settle for silver.

If she wasn’t fully rested at national, there’s a very good chance that one world record or even all three might be at jeopardy.

Besides the Phelps comeback, there’s reigning FINA World Swimmer of the Year Ryan Lochte, who’s on his way back from a knee injury that cost him well over half a year. He had a solid U.S. Nationals and is probably the favorite in the 200 IM, as well as a contender in the 100 fly and a relay piece in the 100 free.

Outside of those real ‘headlining’ storylines, here are a few more narratives to keep an eye on over the next few days:

1. Three-headed Japanese breaststroking attack: Japan enters not one, not two, but three of its national record-holders in the women’s breaststrokes. Olympic star Satomi Suzuki owns the 50 and 200 marks. Kanako Watanabe has been on fire this year and stole the 100 in June. Meanwhile Rie Kaneto is tied with Suzuki atop that 200 breast list. Any of the three have a real shot to medal in Australia, and the best battle of the breaststroke events might be in prelims as the three fight for two Japanese finals spots.

2. Missy Franklin’s back in the backs, but will her back hold her back? The big Missy Franklin storyline this summer has been the World Champs star’s return to backstroke races after a college season focused on freestyle. But now Franklin has some injury issues to deal with after leaving a team practice with back spasms in Australia this week. Is the injury a minor blip on the radar for one of the world’s tougher swimmers? Or will it affect Missy and her battles with Australians Emily Seebohm and Belinda Hocking?

Author’s note: a thousand apologies for that cringe-inducing “back” headline. Sometimes you just can’t stop yourself.

3. Can anyone stop the Campbells? Australian sisters Cate and Bronte Campbell have been on a tear this season. The two hold top seeds in the 50 and 100 free races this weekend and form the backbone of the World Record-holding 4×100 free relay for the Aussies. If anyone can break up that pair in either race, it’s got to be considered a major accomplishment. Americans Franklin and Simone Manuel are probably the best bets.

4. Is Park okay? South Korea’s biggest-ever swimming icon Park Taehwan has scratched the 200 free on day 1, one of his two best events and the one in which he’s taken the past two Olympic silver medals. It’s unclear if this represents an injury, travel difficulties or something else for Park, but he’ll now have just the 100 and 400 frees to focus on. Park has been trying to expand his event repertoire this season, and may be targeting Asian Games as his major focus meet, since he can likely swim (and final in) a wider range of events.

5. The always-present backstroke battle: With how deep the world is in men’s backstroke right now, it seems this race makes our storylines in nearly every meet. But the level of talent present make the backstrokes continually unpredictable. In Australia we’ll see the loaded American contingent of Olympic gold medalist Matt Grevers, Olympic silver medalist Nick Thoman and World Champs silver medalist David Plummer go up against Japan’s Ryosuke Irie, who won silver in the 200 back in London and leads the world in that event this year. Also in the mix are Australian national record-holder Mitch Larkin and rising American college star Ryan Murphy.

6. Can Cochrane rule the distance frees? Tunisian Olympic medalist Ous Mellouli is reportedly having travel issues, and has scratched out of the 1500 free on day 1. That takes away the looming showdown between Mellouli and Canada’s top distance man Ryan Cochrane, an Olympic rematch after Cochrane won the silver medal over Mellouli in London. If Mellouli can’t make it for any of his events, it’ll leave Cochrane as the clear man to beat in the 400, 800 and 1500. He’ll have tough battles in all three, though, with teammate Eric Hedlin in the mile, American Michael McBroom in the 800 and Australia’s David McKeon and Japan’s Kosuke Hagino in the 400.

Congrats for the pun with back. 🙂
But I’ve already tried a few days ago about Stravius.
http://swimswam.com/european-championships-preview-mens-backstroke/
I’ve just realized I had made a big English mistake.

I’m starting to understand I will not watch the meet live! 😥
Only the Canadians and Australians can watch the finals live? 😯
No live webcast? 😥

I agree, it is pathetic that we can’t watch the events live. They used to do it with the Olympics too but they were forced to change by us. Maybe someone can start a petition?

It’s amazing to see no French TV sports channel interested to broadcast that meet live at 11 AM!
It’s pathetic!
They have a chance to show French people the best of swimming and the legend Michael Phelps back in the water. No, they prefer to show us poker or boring soccer games or the 44th replay of a basketball friendly game from the last weekend.
😥

I think it is even more pathetic that Americans can’t watch the meet live. At least the French tv channels can justify it by saying the French team isn’t in the meet. For all of us in the US we get 2 hours of coverage where they probably won’t even show a full race over 100m.

I have a feeling that it’s in large part due to NBC hogging the rights to the broadcast (at least back here in the States).

Lord forbid anyone being able to catch a glimpse of the races live or before it’s shown on NBC this weekend, thus potentially reducing their viewers rating numbers for the weekend…

So disappointed that there will be no live stream.

Wait, maybe there will be a live stream. …

i am sure we can fine live streaming somewhere, but NBC should have allowed thursday and friday to be on USN and they could have the weekend. They are allowing the YOG are on USN and NBCSN and there has been taped delayed coverage from that event every day.

No mention about Connor Jaeger contending for the 1500? He could have a good battle with Cochrane, especially with the 14:51 he did at nationals!

I don’t believe Jaeger was fully tapered for Nationals, and after the 1500 on first day think he swam through the meet. I would not be shocked to see him toggle 14:40 barrier in Australia if not get under. He has that swim in him no doubt.

I think Jaeger will have a break out swim some time before RIO. WAs kinda surprised at a decent but not special NCAA’s. his 1500 was good at nationals but his 200 and 400 were either very rough or he started training for pan pacs right when he made the team. HE just seems like such a good guy.

At least we can watch the prelims live but forget the finals….2AM on the West Coast? Ouch.

haha… right! and i just gave up on the prelims too…since that site’s not working for me 🙁
guess our only choice is to catch the finals on NBC (tape-delayed) this weekend.
we should “thanks” NBC for this lol 😀

can We get that echo fixed from down under?