Septuagenarian Throw Down in the English Channel 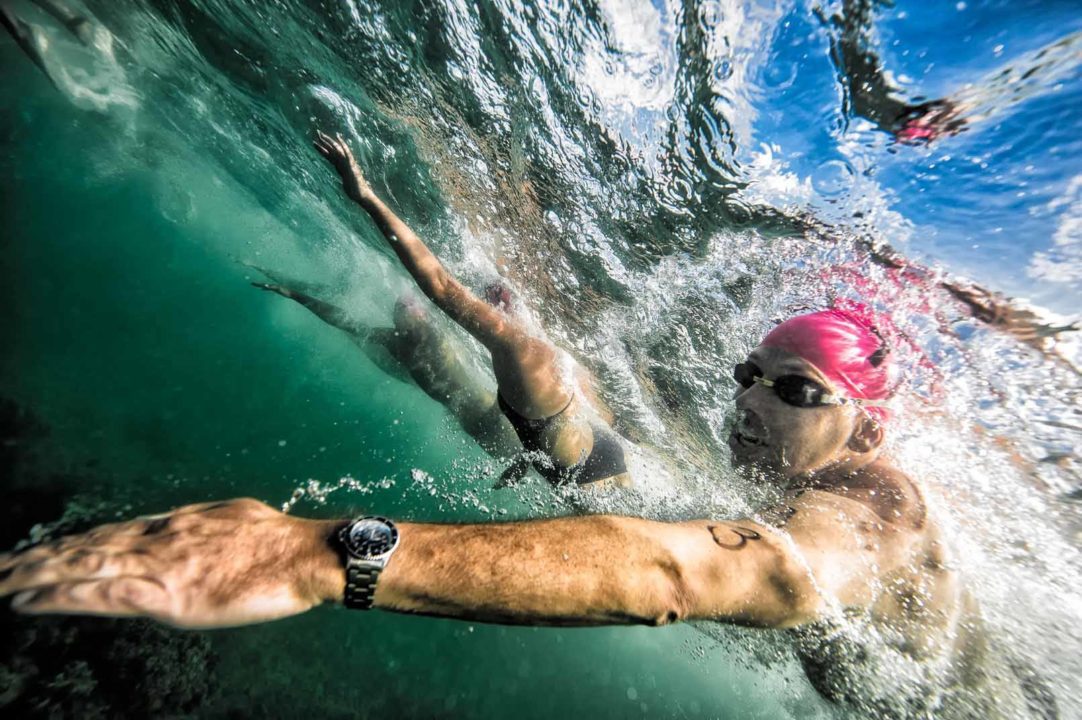 This week history is in the making as 3 swimmers, each in their 70’s, are attempting to set the record... Stock photo via Mike Lewis/Ola Vista Photography

This week history is in the making as 3 swimmers, each in their 70’s, are attempting to set the record for the oldest person to swim the English Channel.  Today, Sky News Australia, reported Cyril Baldock, a 70 year, 9 month old  Australian, has become the oldest person to complete the swim. Baldock completed the swim in 12 hours and 45 minutes.  He broke the record established by Roger Allsop who completed the swim in 18 hours in 2011 – Allsop was 7o years and 4 months old at the time.  This was Baldock’s second crossing – he completed the swim back in 1985 when he was 41 in a time of 10 hours and 44 minutes.  Baldock is life long member of the famed Bondi Surf Club in Australia

Cyril Baldock’s record may not last for long, it’s purported that other septuagenarians are also scheduled to make attempts within the coming weeks.  Irene Keel,  73, another Australian is scheduled to make the swim soon.  According to Keel’s website, she didn’t take up swimming until she was near 50 years old.  Keel has completed 3 different English Channel relays but this will be her first solo attempt.

The English Channel is often considered the “Mount Everest of Marathon Swimming.”