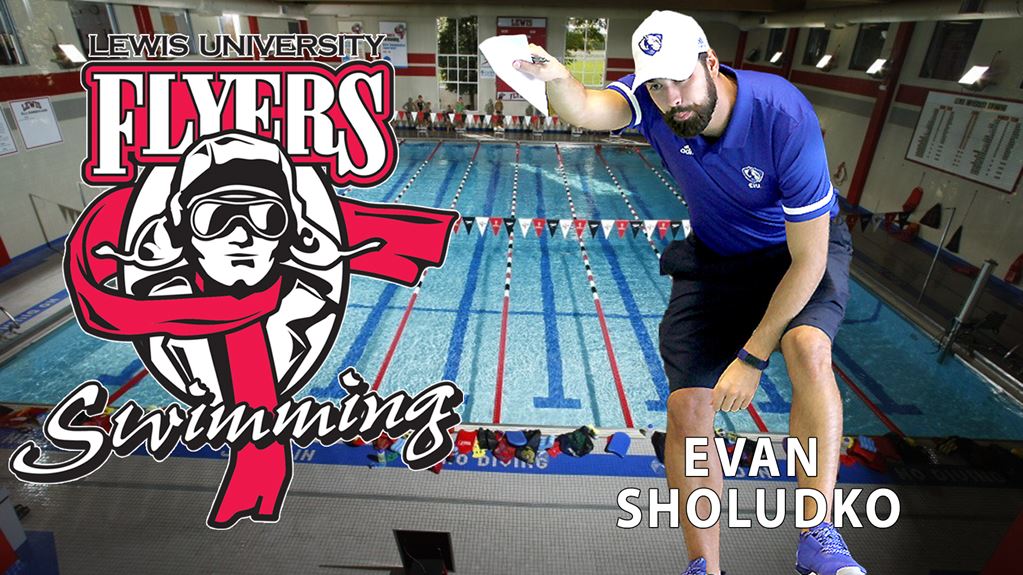 Sholudko will join the Lewis Flyers after leading the DI Eastern Illinois University men's and women's teams for the past two seasons. Current photo via Lewis Athletics

Lewis University, an NCAA Division II program in Romeoville, Illinois, has announced that they have hired Evan Sholudko as the new head coach of their men’s and women’s swim teams. Sholudko will replace Roger Karns, who left the program earlier this year.

“I look forward to creating an outstanding team culture and tradition where our student-athletes can excel both in the classroom and in the pool,” he said. “I am confident that, with the support provided by the University and Athletic Department, we will create a program dedicated to excellence. Go Flyers!”

Sholudko will join the Lewis Flyers after spending two years as the head coach at Eastern Illinois University, a Division I program. During his two seasons at the helm of the Panthers, he guided the team to seven school records and 89 program top-10 performances. At the 2021 Summit League Championships, he helped Miguel Turcios to a Summit League title in the 200 back.

His departure from Eastern Illinois came just a week ago, and with just six weeks left until the start of the fall academic term. His departure leaves just one coach listed on the school’s roster, graduate assistant Tyler Williams, who will be in his second year with the program.

Before coming to Eastern Illinois, Sholudko spent two years as the assistant women’s coach and one non-competition year as the head men’s coach at Assumption University. During his time there, he helped guide the women’s team to a Northeast-10 Conference title.

As a collegiate athlete, Sholudko swam at UMass-Amherst. While there, he scored all four years at the A-10 Championships.

Lewis is coming off of a 2021 season that saw them take 6th on both the men’s and women’s sides at the Great Lakes Valley Conference (GLVC) Championships. On the men’s side, the team was led by Ruben van Leeuwen, who finished 9th in the 200 free at the NCAA DII Swimming and Diving Championships. Van Leeuwen was a senior last season.

Hopefully the AD treats him better than he did Roger.