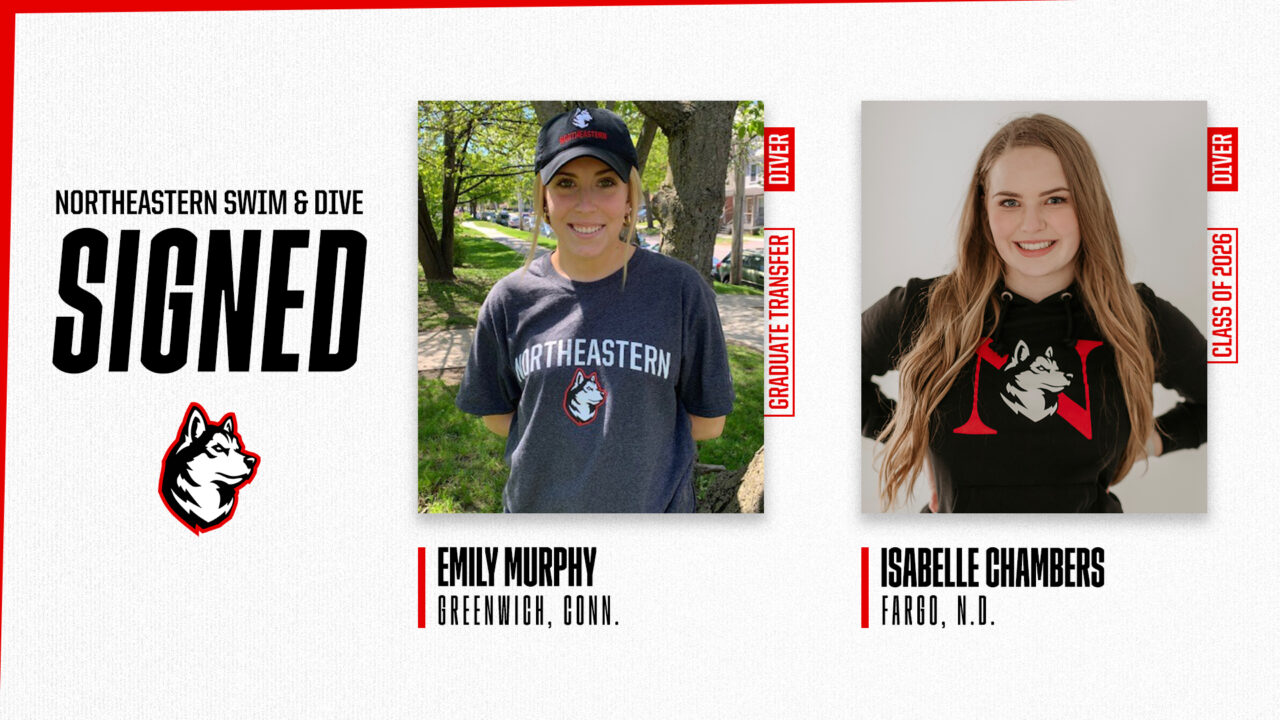 Chambers is an incoming freshman from Fargo, N.D., while Murphy is a three-time All-America East performer who previously competed for Vermont. Current photo via Northeastern Athletics

BOSTON – Isabelle Chambers and Emily Murphy will join the Northeastern swimming and diving team for the 2021-22 season, announced by diving coach Lauren Colby on Tuesday. Chambers is an incoming freshman from Fargo, N.D., while Murphy is a three-time All-America East performer on the 1- and 3-meter springboards while competing at Vermont and is a graduate transfer from Greenwich, Conn.

Chambers says …
“I am so thrilled to represent Northeastern on the swimming and diving team. The community of academics and athletics is world class. Go Huskies!”

Murphy says …
“I chose to come to Northeastern because of the academic and athletic opportunities it could offer me in such an amazing location. I am very excited to be diving as a Husky this year and I am looking forward to being coached by Lauren Colby.”