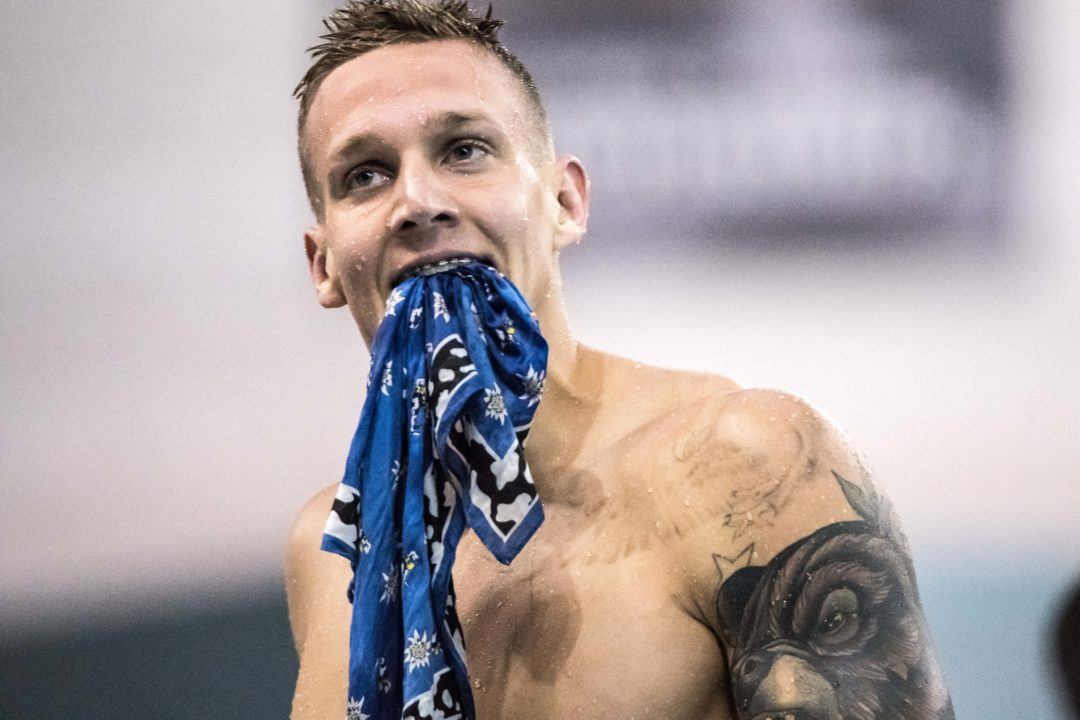 Simone Manuel, Katie Ledecky, and Caeleb Dressel make their pro debuts this weekend at the 2018 Pro Swim Series and the Atlanta Classic.

Winning a race at a Pro Swim Series snags you $1,000, while 2nd receives $600 and 3rd $200.  Manuel and Ledecky will likely earn their first dollars as pros, a small milestone elites remember for a lifetime. However, purse money earned is small potatoes for swim-stars with global name recognition. Team USA elites compete on the Pro Swim Series to quality for the USA Swimming Athlete Partnership Agreement (APA), which provides a monthly stipend and health insurance. While APA support is vital for the vast majority of U.S. pro swimmers, it will be a blip on the balance sheet for Manuel, Ledecky and Dressel.

As of now, there is no word on who will be the sport managers or agencies representing Simone or Caeleb. Ledecky signed with Dan Levy of Wasserman as reported here.

Big sports management firms deliver big swimwear partnerships, the foundation of most pro swimmers’ financial careers.  Swimwear partnerships provide enormous value to brands. Young swimmers and their parents pay attention to what elites are racing in and the results. Moreover, in the age of social media, athlete brand ambassadors are 24-hour networks of promotion, daily loading images of themselves in the gear to their followers.

Conservative estimates for globally known swim-stars put swimwear partnerships at $250,000 per year base, with incentives pushing the yearly payout into the upper six-figures–sometimes to nearly seven-figures.

For Manuel, Dressel and Ledecky, with sights set on anywhere from 4-8 medals at the 2019 World Championships and the 2020 Olympic Games, solid upper six-figure swimwear payouts are likely, but at that level of performance the swimwear deals move down the balance sheets.   Swimmers transcend our beloved sport becoming Olympic superstars, netting larger partnerships from Fortune 500 companies.

Interestingly, Manuel and Ledecky are already Olympic stars. They enter the pro market with enough Olympic hardware to earn brand ambassador dollars late into life.  As of now, I’m living in my 50th year, and I still earn appearance fees and speaking fees for Olympic medals won 26 years ago. I’m not an Olympic star, but two gold medals gets you the invite and an appearance fee, what I call the “stand and wave” or “background” fee.  Stars with three or more Olympic medals across multiple Olympics — stars like Janet Evans, Matt Biondi and Gary Hall Jr. — stand centerstage and make the speech.

Rowdy Gaines, 1984 three-time Olympic gold medalist and NBC’s voice of swimming, often mentors elite swimmers, as he did me 30 years ago. Rowdy explained, “You’re not a star, not always, but you’ll always be an ambassador of sport. You’ll earn money for 4-8 years consistently, then every time the next Olympics rolls around. In-between you’ll work for charity, often for free, and you’ll probably enjoy that part of your career more. If you do that, you’ll always be among your Olympic peers, and you’ll likely earn money for your Olympic success for decades.” Rowdy sage advice has proved to be prophetic.

The elephant in this report is Caeleb Dressel. He could, provided he’s healthy over the next two years, make a star-turn that looks something a little like Michael Phelps back in 2008. If so–and that is a big if–swimming will have produced another star with earning potential among top pro-ball players.

Regardless of what the future holds for Ledecky, Dressel and Manuel, I can assure you this, they will remember their first dollars earned as a pro. After a lifetime of dedication to one of the toughest sports on earth, the privilege to earn even a dollar, that first one,  is meaningful.

As amateurs they have already earned far more in bonus money than they can earn this weekend.

I can imagine A company like Nike or Adidas snatching all three of these up in one swoop. You hardly get super marketable stars that perform at electric levels year in, year out. This year, 3 are on the market.

Also, thanks for giving us some real number Mel. It always seems like people are wary to talk about it, so it’s great to have some insight.

All the very best to each one of them. I hope they make bank. None will probably make what MP made, since he was the exception.

Seeing as it is 12 years later, and inflation and all that junk, I think that if Dressel can match, or more likely break MP’s single games gold record, then he will make more than him, at least in that 4-8 year prime period. The lifetime profit question more depends on his longevity.. We would have to consider Dressel in 2016 Rio to be like Phelps in 2000. In 2000 Phelps was 15 and made an Olympic final, whereas in 2012 Dressel was 15 and got 145th at trials, lol. Will Dressel still be competing at the 2032 Olympics?! I sure hope so. I want my kids to see his legacy.