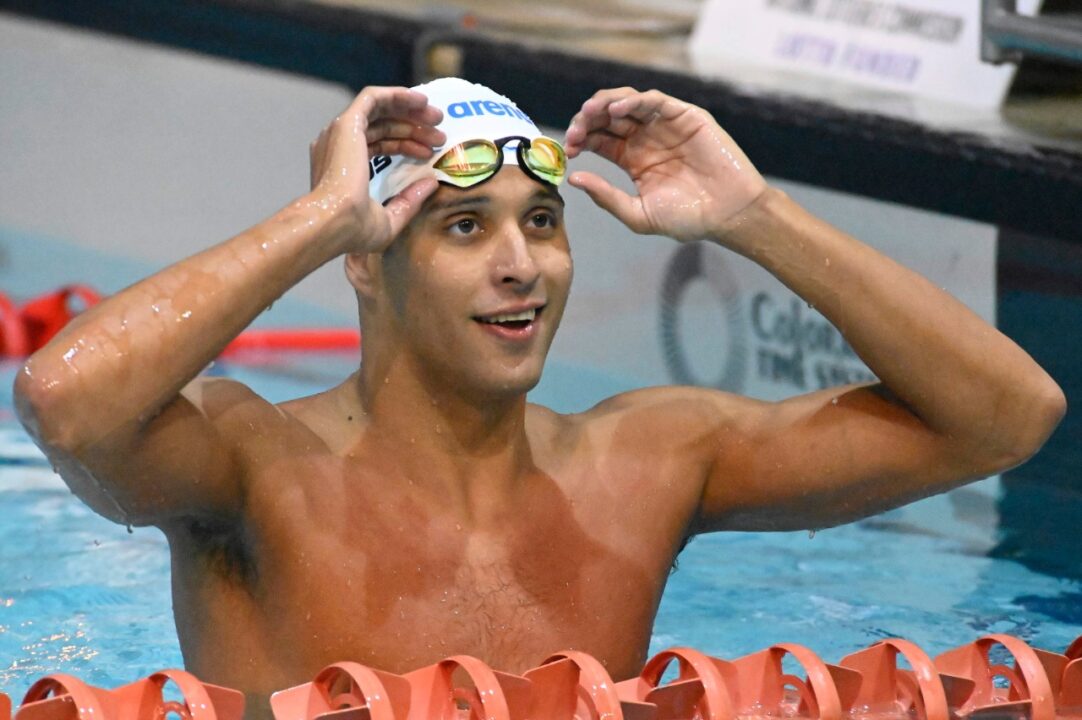 The speedy times continued on day 3 of the 2022 South African National Championships, with the likes of Olympic champion Chad Le Clos in the pool. Current photo via Swimming South Africa

The speedy times continued on day 3 of the 2022 South African National Championships, with the likes of Olympic champions Chad Le Clos and Tatjana Schoenmaker, as well as NCAA champion Matt Sates.

Entering this meet, 27-year-old Litchfield’s previous personal best rested at the 1:58.88 the former Loughborough man scored in March of 2017.

As for Schoenmaker, the reigning 200m breast world record holder grabbed gold in her signature event in a time of 2:24.01. She held off Kaylene Corbett, who was just over half a second behind in 2:24.66.

18-year-old Sates was another head-turner tonight, pulling his own personal best in the men’s 100m free.

Touching the wall in 48.97, versatile Sates easily overtook his own previous personal best he held entering this meet, a time of 49.29 from April of 2021.

Sates opened in 23.69 and closed in 25.28 to bump himself up on the list of all-time South Africa performs in the vent. His 48.97 now inserts the Georgia Bulldog on the rankings in slot #8.

Olympian Pieter Coetze notched an impressive mark of 24.74 to beat the men’s 50m back field by well over half a second. The 17-year-old logged a heats swim of 24.94, then dropped another .20 to lead the world rankings for 2022.

That has a nice ring to it, I’m gonna start slipping it into my texts and emails!

I got it fixed, thanks!

It turns out Schoenmaker and Corbett will not compete at world Championships to focus on CG.

What is “Etnghinert this meet”?

Prove reading before hitting send might be helpful. No need to be quick. Oops, it’s swimming after all. Fraction of seconds does count 😅

I got it fixed, thanks!

What ever happened to ethan du preez?

He got the Olympic tattoo…..end of story.

6th bullet point should read “Very delayed results on Meet Mobile…”. Trying to follow finals results live has been a challenge to say the least!

I thought the man was retiring from the 2 fly post Tokyo.