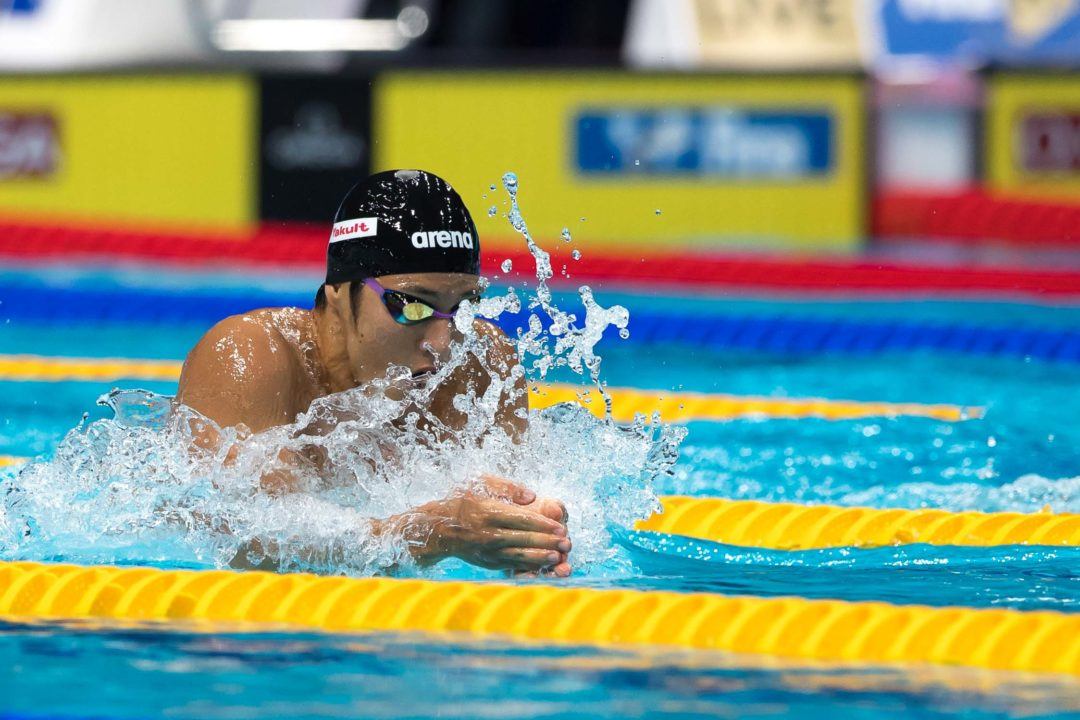 The inevitable has finally been announced, as the remaining elite international swimming event of the Japan Swim has officially been cancelled. Archive photo via Mike Lewis/Ola Vista Photography

Slated for April 2nd – April 7th, the 2020 Japan Swim was due to take place at the Tokyo Aquatics Centre, with the nation’s highest-profile athletes ready to put up some potentially history-making performances.

There were already several changes made to the meet, including seeing its original number of days reduced by two, as well as temperature checks being implemented upon entry. However, now those coronavirus (COVID-19) restrictions are moot, with the original Olympic-qualifying event cancelled.

The catalyst for cancellation was the press conference held today by Governor Yuriko Koike. Koike called on residents to exercise restraint to avoid a lockdown. She said the next three weeks were critical for whether Tokyo would see an “overshoot”–an explosive rise–in virus cases. (Asahi)

She warned of a “severe” situation after more than 40 new infections were announced in Tokyo, representing the capital’s biggest one-day increase.

The announcement posted on the Japanese Swimming Federation (JASF) website was to-the-point, stating succinctly, “We have decided to cancel this tournament.”

Would SwimSwam consider running a group re-watch of some meet that’s easily accessible online, such as the 2012 Olympics? We could have a live recap of heats and finals, day by day, and get together virtually to celebrate awesome swimming.

The 2016 ones were accessible on NBC (though finding it was a pain in the ass) but I think the rio olympic NBC site is now gone and those videos along with it.

Exactly. Since the 2012 Olympics are available online, let’s “get together” and watch them!

I really hope Seto can maintain his form till next year’s Olympics. I know that he is capable of doing something crazy.