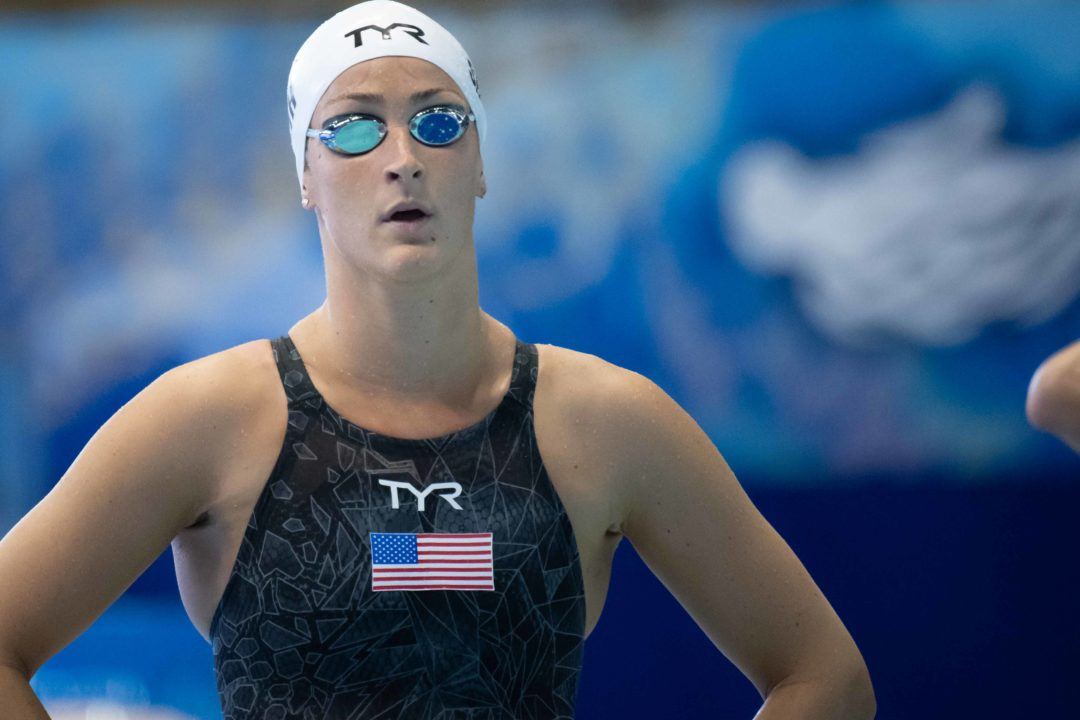 Among the many last-minute changes the LA Current has been implementing, team member Leah Smith has suddenly pulled out due to a neck injury. Stock photo via Mike Lewis/Ola Vista Photography

The LA Current have made many last-minute changes to their Lewisville roster to open ISL Group B’s competition. Among the unexpected changes, Leah Smith was suddenly taken off the roster for the opening day in Lewisville.

According to the ESPN commentators, Smith suddenly withdrew from day one due to an ‘aggravated neck’. Today, Smith would have likely swum for the LA Current in the 400 IM and 200 free events. In lieu of Smith, Anastasia Gorbenko joined Ella Eastin in the 400 IM and finished 7th. In the 200 free, Katie McLaughlin and Eastin were used, with Eastin the likely replacement for Smith.

The Current will still have to find a replacement for Smith in the 400 free on Sunday. There’s nobody obvious on the roster to take that spot, so it will probably be Gorbenko or McLaughlin or Eastin just trying to hit the standard.

Currently, Smith is training under a new coach after her personal coach Cory Chitwood left the University of Arizona program and Smith opted to remain in Tucson. She was a no-show for several Pro Swim Series races last season after entering as well.

Noooo, Leah, don’t go down this path! (Speaking as someone who’s dealt with an injured neck for four years now.) Get it treated! Rest up! Get well soon! Don’t change that awesome no-chill stroke of yours!

Unfortunately Leah has had these issues for a couple years!

All swimmers should produce evidence in late withdrawal from a drug tested event . You want the money you give documentation like in the real world .

Hope she recovers and will be good enough to race in Budapest!

Best wishes for a speedy recovery!

Hope she is / will be ok