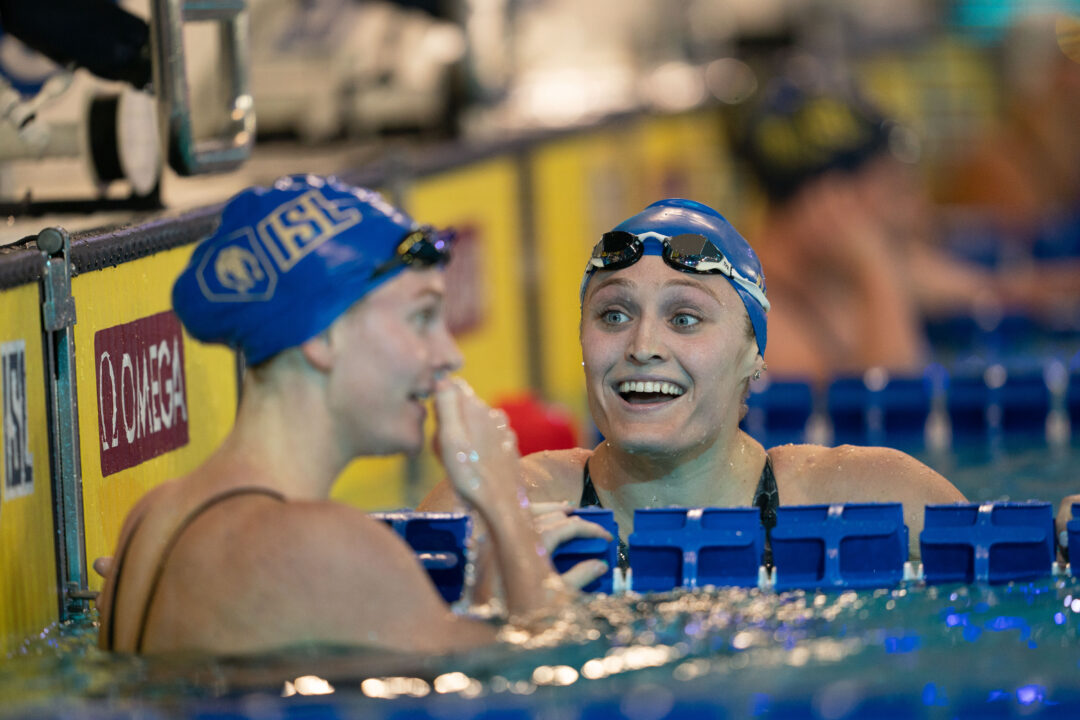 Kelsi Dahlia followed up her Match 2 victory in the 100 butterfly with both a victory and new ISL Record in the fly Saturday in Naples at Match 4. Dahlia’s time took 0.10 off the former ISL Record, set by LA Current’s Beryl Gastaldello at the second semi-final match of the 2020 ISL season. Though Dahlia’s time is impressive, especially considering how early in the season it is, her lifetime best time and American Record, set in fall of 2018, is nearly half a second faster and is the 2nd-fastest performance in history. Dahlia and Sarah Sjostrom, the World Record holder, are the only two women in history to swim faster than 55 seconds in the 100 SCM butterfly.

Dahlia and Cali Condor teammate Erika Brown finished 1-2, respectively, in Match 2. Saturday (Match 4), however, Brown swam the 200 backstroke so Cali used Katerine Savard as their second swimmer in the women’s 100 butterfly. Savard and Laura Taylor of the Aqua Centurions both had their points stolen by Dahlia thanks to the jackpot mechanism, giving Dahlia and the Condors a total of 12 points for the race.