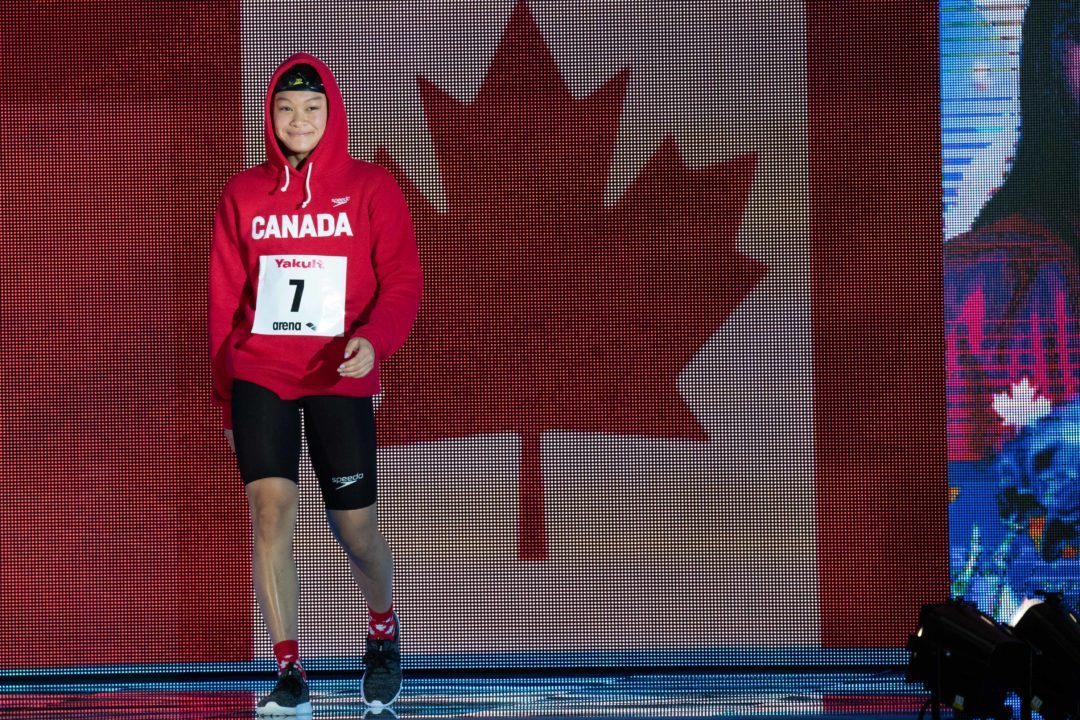 Kayla Sanchez broke the 50 free Canadian Record on day 1 of the European Derby and lowered it further in the skins race on day 2. Archive photo via Mike Lewis/Ola Vista Photography

That was part of a strong performance on day one of the European Derby, which for Sanchez included 1st place finishes in the 4×100 free relay and the individual 200 free. On day two, she started off with a 3rd place finish in the 200 IM, finishing behind Katinka Hosszu and fellow Canadian Sydney Pickrem. Pickrem went a 2:04.34, breaking Sanchez’s Canadian Record of 2:04.64.

After her 200 freestyle victory, Sanchez was subbed into the 50 freestyle race. In the first round of the three-round event, Sanchez lowered her Canadian record from yesterday, going a 23.71 and moved on to to the second round, behind Sjostrom, Kromowidjojo and McKeon. She was knocked out in the second round, finishing 4th in a 24.47. Sjostrom went on to get second in the final round, behind Kromowidjojo, giving ENS a 2-4 finish in the women’s skins.

Sanchez is expected to head to Vegas for the ISL finals next month as Energy Standard secured the top spot in the European pool on Sunday. Sjostrom has so far been an ISL powerhouse but Sanchez has proven herself to be a valuable asset to the sprint-heavy Energy Standard team.