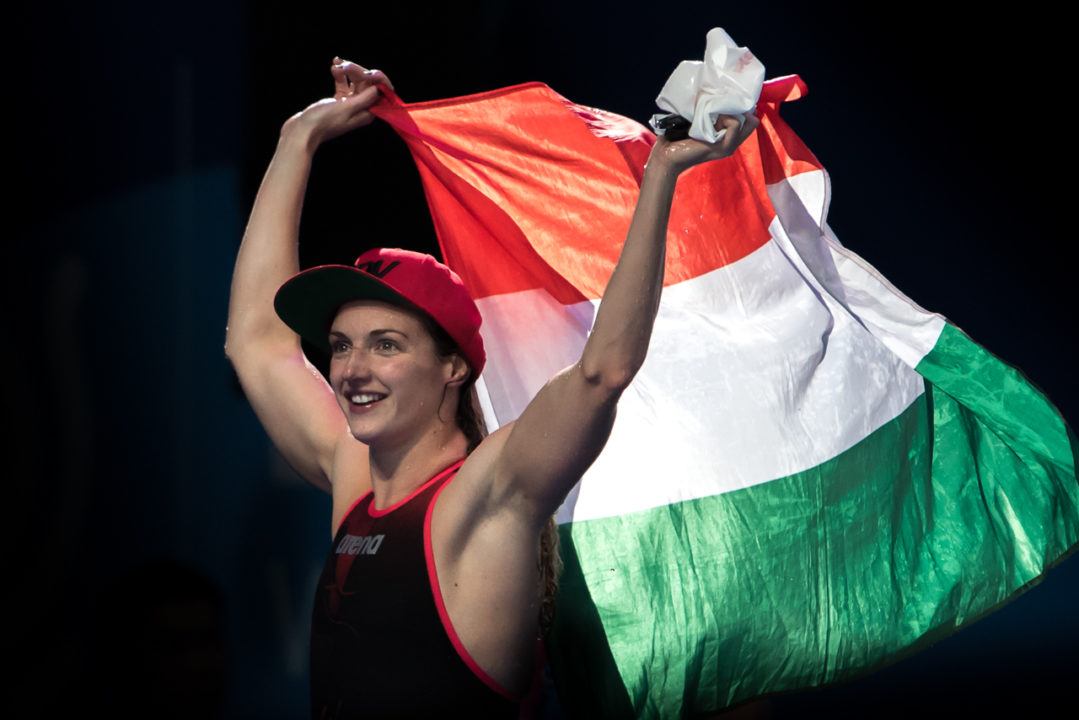 After training with Dave Salo at USC through the summer until the 2018 European Championships, Hosszu will join Árpád Petrov. Archive photo via Peter Sukenik/www.petersukenik.com

Petrov is currently training the Swiss national team, and it sounds as if Hosszu will make the move to Switzerland. Petrov is currently the coach of Swiss National Record holder Sasha Touretski (25.26 in the 50 free, 26.48 50 fly), who is the daughter of famed Russian-born coach Gennadi Touretski.

Hosszu is currently in Los Angeles training with USC head coach Dave Salo for the summer, and will remain there until Euros, she told SwimSwam during the LA Invite two weeks ago.

Hosszu, 29, previously swam under Salo during her four years as a student at USC, where she ended her decorated NCAA career in 2012. After a relatively disappointing 2012 Olympic campaign, she enlisted then-boyfriend and future husband Shane Tusup as her coach. While she had immense success under Tusup, the two announced in December of 2017 that their relationship had hit a “difficult time,” which led to them attending a major Hungarian awards ceremony separately, and Tusup saying that he would “work to change.”

However, in May, the pair announced they were splitting personally and professionally, necessitating the coaching changes.

Árpád Petrov is the twin brother of Iván Petrov, who is married to Hungarian swimmer Zsuzsanna Jakabos. According to the report, Hosszu and Jakobos were at one point in time good friends, then developed into enemies of sorts when Hosszu was with Tusup.

Swiss coach Nico Messer wrote that Petrov would leave Switzerland, where he currently coaches, for Hungary, but that “everything else is speculation at the moment.”

Update: Swiss Swimming has posted a job listing for a national team head coach which states that Petrov is leaving.

Well, now it is official that Petrov will leave Switzerland:
https://www.swiss-swimming.ch/leistungssport/swimming/news/newsdetail?id=3315
They also published the job offer.

I just notice that in articles about Hosszu she isn’t referred as “iron lady” any more. Is it just a coincidence or there is some legal issues with the usage of the brand name?
Also I’m curious who will write a book about these mysterious five years first: Shane or Katinka? 😀

Hey buddy, the name of her new team is Iron Swim L.t.d.
And there’ve been already 3 books written.
https://ironstore.hu/webshop/iron-lady-books