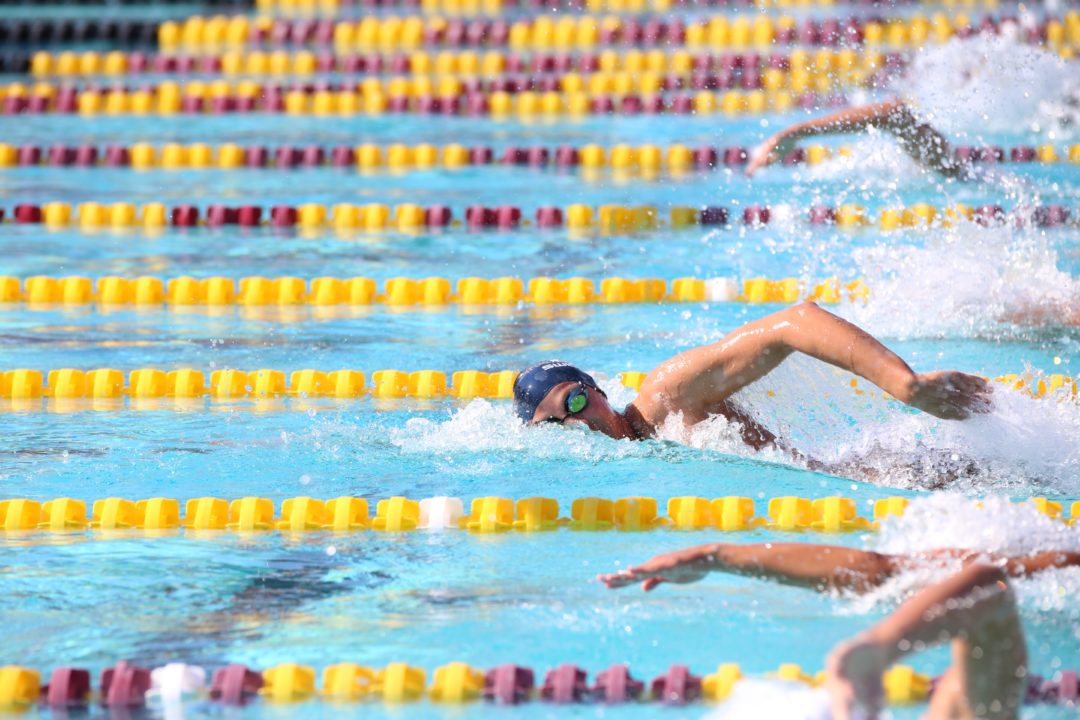 Colby Mefford also won the 500 free, tearing to a 4:21.56 for a new personal best. Current photo via Owen Yancher

The CIF state meet was held this past weekend with San Ramon Valley taking the boys team title. Unlike the girls meet, there was a tight battle for the boys title between SRV and Oak Ridge. Oak Ridge won the final event (400 free relay) in meet record fashion, closing the gap between themselves and SRV by 12 points, but ultimately falling short in the team race by 3 points.

Dillard is a junior