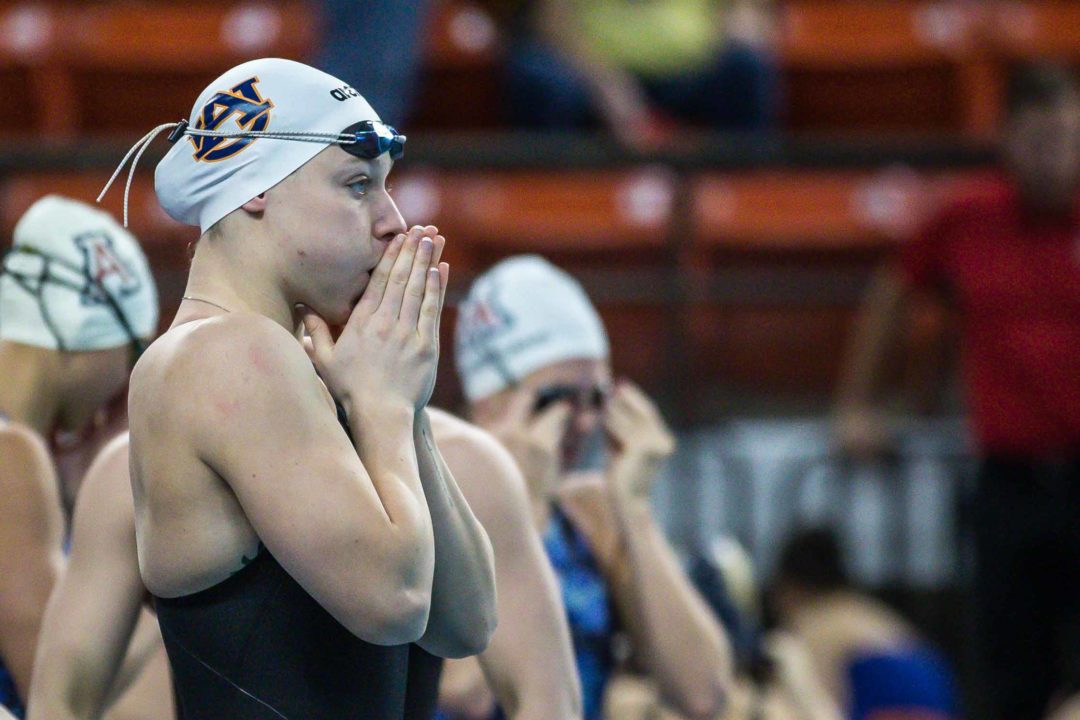 Luxembourg's Julie Meynen broke her own National Record in the 50 meter freestyle at the Clovis stop of the Pro Swim Series with a time of 25.08. Current photo via Jack Spitser/Spitser Photography

Luxembourg’s Julie Meynen broke her own Luxembourgish National Record in the 50 meter freestyle at the Clovis stop of the Pro Swim Series with a time of 25.08. That mark lowers her previous best time and National Record of 25.12 set in 2016 in the prelims of the 2016 Rio Olympic Games.

Meynen placed 2nd in the finals of the women’s 50 meter freestyle in Clovis behind American Catie DeLoof, who recorded a time of 24.99 in Clovis, getting to the wall ahead of U.S. National Teamers Mallory Comerford (25.21) and Kelsi Dahlia (25.28).

Meynen came very close to her National Record at the Bloomington stop of the 2019 Pro Swim Series in May, where she recorded a time of 25.13, good for 969 FINA points. Also in Bloomington, Meynen put up a 55.34 in the 100 freestyle, just .25 off her National Record in that race, also set at the 2016 Rio Olympics.