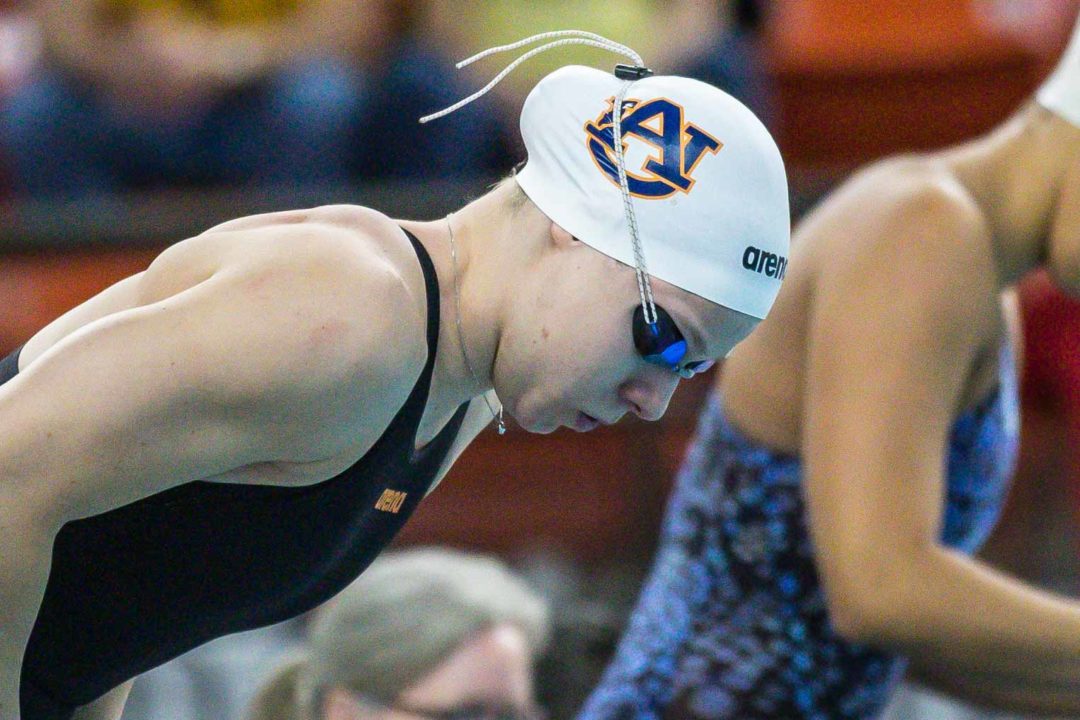 Julie Meynen lowered her second Luxembourgish National Record of the weekend in the women's 100 free final in Clovis, clocking a time of 54.63. Archive photo via Jack Spitser/Spitser Photography

Julie Meynen unloaded her second Luxembourgish National Record of the competition on the final night of the 2019 Pro Swim Series stop in Clovis, California, doing so in the women’s 100 freestyle.

Compared to her Rio swim, all of the difference came on the opening 50.

On Saturday, Meynen lowered her National Record in the 50 free, a record that had also stood since the last Olympics. She went 25.08 to place second to Deloof and take out her Rio time of 25.12.

Meynen is a rising senior at Auburn University, coming off a successful junior campaign that included swimming on the Tigers’ SEC-winning 400 free relay.

Good example for those who considers that the number of national talents is proportional to the size of the population of the country. So there will be no need in the future to bring to the discussion for comparison the size and swimming successes of one or another American state.