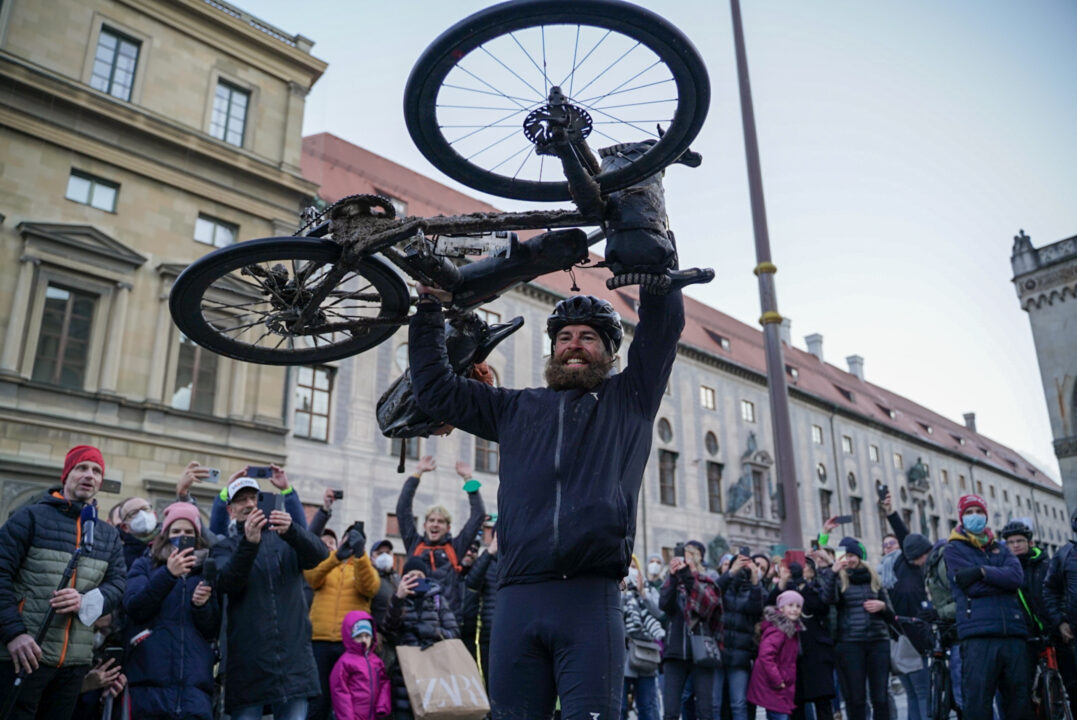 After 429 days, Germany's Deichmann has completed the first-ever triathlon around the world. His 27,000km path shatters the World Record for longest triathlon Current photo via Pheline Hanke

German extreme athlete Jonas Deichmann completed the first-ever triathlon around the world on November 29 after covering the distance of 120 Ironmans (about 27,000 kilometers) in 429 days. He split the distances into a total of 456 km swimming / 21,600 km cycling / 5,040 km running to circumnavigate the globe from Munich, Germany.

One important goal of his triathlon was to circumnavigate the globe without the use of airplanes, he explained before starting the journey in September 2020. He wanted to prove travel on this scale was possible while releasing minimal carbon dioxide emissions. While he ended up having to take a couple of flights instead of traveling by boat due to COVID-19 border restrictions and other unforeseen challenges, Deichmann traveled the majority of the way by manpower.

Full Triathlon Around the World Timeline

You can read SwimSwam’s full-coverage updates of Deichmann’s triathlon here:

After completing the 5040-kilometer (1344-mile) running leg from Tijuana to Cancun, Deichmann took a two-week break in Cancun and Cazumel while doing interviews and podcasts. He then flew to Portugal where he was reunited with his bike (which he lovingly refers to as “esposa” or “wife”) in Lisbon where he started the final biking leg back to Munich on October 29.

34-year-old Deichmann documented his journey in weekly updates where he described biking to “beautiful Seville” before becoming sicker than he has felt in years after dinner one night. He took a 3-day break in a hotel before starting back on his bike and riding about 200 kilometers a day. He then cycled through Alicante and Valencia in southeastern Spain.

He was joined in Gerona, a city in northern Spain, by German triathlete and 2008 Olympic gold medalist Jan Frodeno alongside two other professional cyclists. “It is slowly becoming winter,” Deichmann wrote, “At night I feel really cold for the first time.”

From there, Deichmann cycled through France where he climbed above the clouds at the Sommet du Ventoux and then past the Swiss border.

Deichmann amassed more cycling followers once he reached Balstal in northern Switzerland before finally reentering his home country of Germany.

He was received by a large company of musicians when he reached his current hometown, Aedermannsdorf, Switzerland, and arrived at the finish line in Munich three days later.

Deichmann had a haircut shortly after completing the triathlon and attended an event to sign copies of his new book “Das limit bin nur ich,” appearing beardless for the first time in 15 months.

Awesome, he should do one on Mars soon