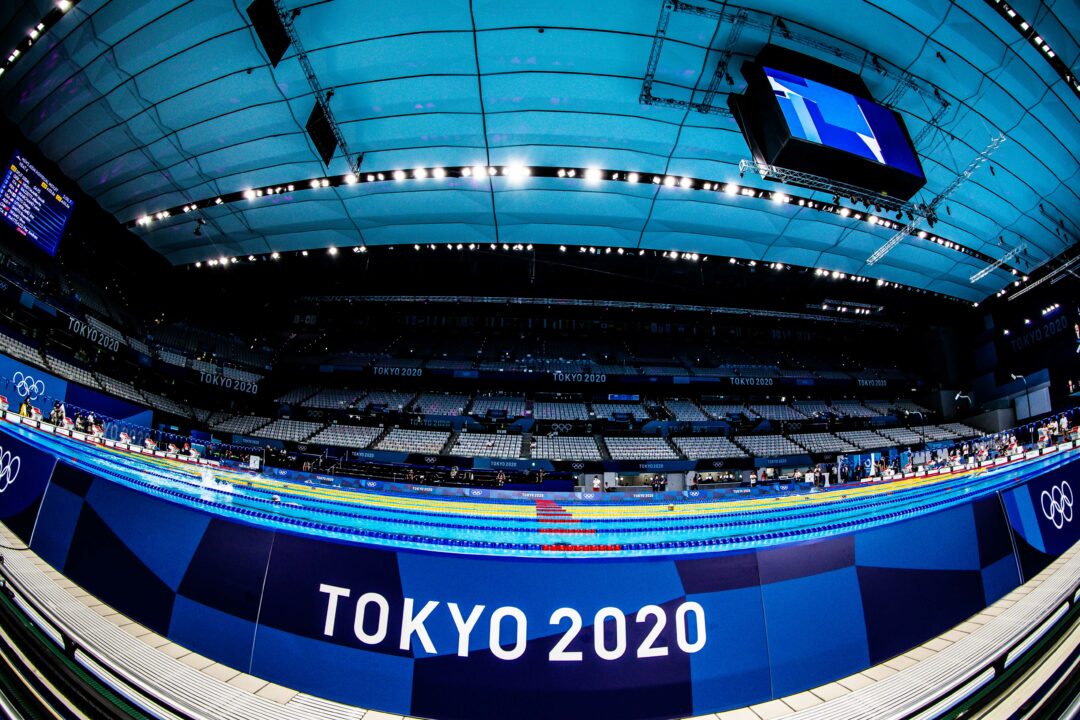 According to the IOC, a total of 3.05 billion unique viewers tuned in to coverage across linear TV and digital platforms. Stock photo via Jack Spitser/Spitser Photography

Check-in here to see who’s racing at the Pro Swim Series, who’s prepping for NCAA’s, who’s retired, and who we’re not too sure about.

The Olympic Games Tokyo 2020 reached a global broadcast audience of more than three billion people, according to independent research conducted on behalf of the International Olympic Committee (IOC).

A total of 3.05 billion unique viewers tuned in to coverage across linear TV and digital platforms. Official coverage on Olympic broadcast partners’ digital platforms alone generated 28 billion video views in total – representing a 139 per cent increase compared with the Olympic Games Rio 2016 and underlining the changing media landscape and Tokyo 2020’s designation as the first streaming Games and the most watched Olympic Games ever on digital platforms.

Tokyo 2020 proved to be a watershed moment in the history of Olympic broadcasting, with more content made available to fans throughout the world on more screens than ever before through TV, digital streaming, websites, apps and social media. In total, the amount of TV coverage available increased 33 per cent compared with Rio 2016, while digital output was up 34 per cent.

This meant that fans around the world could experience the emotion and excitement of the Games thanks to the Olympic broadcast partners. Three in four people surveyed followed the Olympic Games Tokyo 2020. Drawing on new technologies and digital innovations, more sports fans interacted with the Games, making Tokyo 2020 the most engaged Olympic Games ever.

Part of the success was also due to the Olympic web and app platforms for Tokyo 2020. They attracted more than 196 million unique users, drawing more than three times the amount of online traffic for the Olympic Games Rio 2016, while the IOC’s social media handles generated 6.1 billion engagements – including video views, shares, comments and likes.

Independent consumer research revealed that the Olympic Games remain the most appealing sports and entertainment property in the world, while almost two-thirds of respondents deemed Tokyo 2020 to be a success. Fifty-nine per cent believed the Games had represented a “light at the end of the tunnel” in the context of the COVID-19 pandemic.

The study also highlights that the Olympic Games are perceived overall as a “force for good” as, for a majority of respondents, the event is socially responsible and managed in a sustainable way. And the Olympic rings outperformed other globally recognised symbols across a range of values, including “Global”, “Diversity”, “Inspirational”, “Optimistic” and “Inclusive”, as well as the Olympic values of “Excellence” and “Friendship”.

In a survey conducted with the athletes, it was clearly demonstrated that participation in the Olympic Games Tokyo 2020 was important to them. Regarding their motivation to compete, 93 per cent of athletes stated that it was important “to compete at the biggest multi-sports event on earth”, and 84 per cent rated it important “to become an Olympian”.

The broadcast research, consumer and athlete surveys were conducted by Publicis Sport & Entertainment. The consumer studies surveyed a total of 32,055 people in August 2021 across 17 countries, who were all aged between 13 and 65.

Yeah but the number of spectators at the Olympics is not a huge percentage on the scale of 3 billion. Rio had about half-a-million tourists, which is basically ’rounding error’ on a ratings estimate of 3 billion.

I’ll wait for the WTA to verify those numbers. The IOC is a little shaky these days